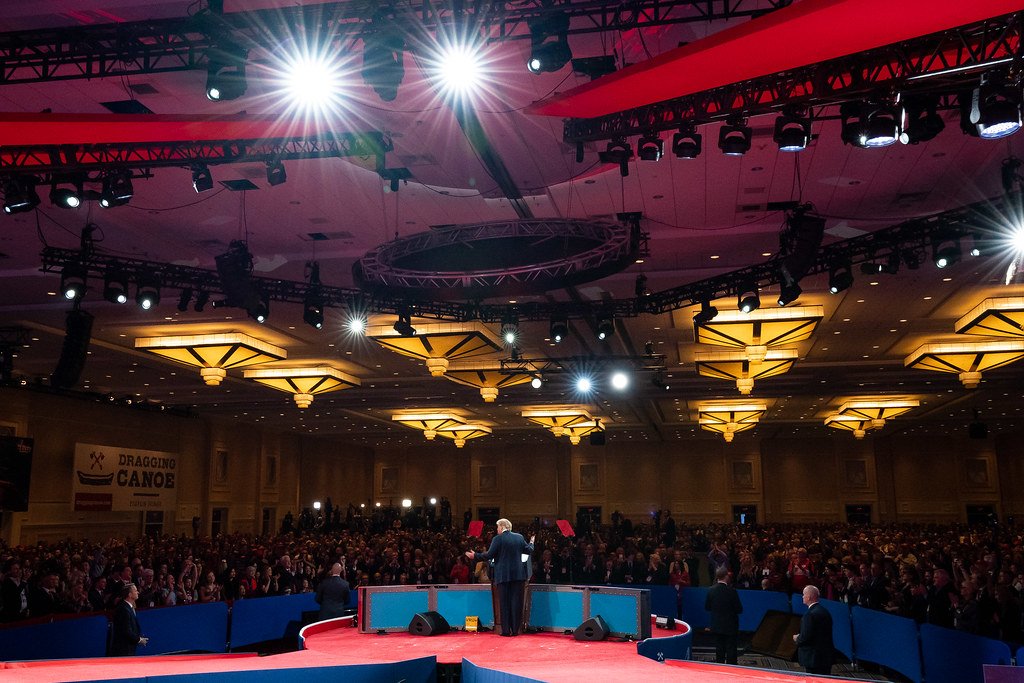 I was strolling through the labyrinth of booths in the basement of the Gaylord for CPAC when I noticed a pro life group. “Let Them Live.” I’m always intrigued when I see a pro life organization that I’ve never heard of — because I’ve heard of almost all of them, and my company has worked with almost all of them in some capacity.

I was anticipating something generic and repetitive when I spoke to the adorable girl manning the booth that gave me their spiel. Maybe they were a campus activism group. Maybe they held prayers. Not that there’s anything wrong with that — but their actual mission was unlike anything I’d ever heard of in the pro life space.

Let Them Live provides financial support to pregnant women at risk for abortion throughout their pregnancies, covering costs like rent and groceries. Their thinking is that 73% of abortions come down to the woman not feeling financially prepared to have a child, so they take on these  expenses for them to help get them on their feet and ease the financial burden.

This is really, really cool for more than one reason. I think the founder is a year younger than me. She runs the organization with her husband. And the impact of what they’re doing is undeniable. They are saving lives — and they’re showing compassion and care to women that desperately need it. They’re dismantling every negative narrative of pro-life activists, and I could not be more impressed.

You’d think that with as many pro-life groups as there are, that someone would be doing this already. But they weren’t. And in 2017, a 22 year old and her husband created something to fill that gap.

People get into the habit of thinking about political movements as a “fixed pie” model. There are already so many nonprofits and organizations and spokespeople and public figures. Whether the issue at hand is abortion, guns, socialism — there are probably dozens if not hundreds of other groups and individuals already involved. And sure, some things have already been done, and already been said. But no one has said it or done it the way you will.

Everyone has their own story, their own experiences, and their own unique perspective to bring to the causes they care about. And no matter how “saturated” any particular subject matter can feel, there is always room for innovation, for new ideas and for new voices.

Turning Point USA was founded in 2012. 2012 was the year I graduated from high school, the year I chopped my hair off and went natural, and the year I cast my first vote in a presidential election for Barack Obama. It seems like forever ago, but all that Turning Point has accomplished in less than a decade is incredible. I know a lot of conservatives have a lot of strong, negative feelings about Turning Point, but no matter where you stand on them, their meteoric rise in the last few years is objectively astounding.

Before them, there were College Republicans and Young Americans for Freedom. And after them, there was Young Americans Against Socialism. Egos, drama, and pettiness aside, at the end of the day, these groups have more common ground than differences. And no matter what you think of these organizations on an individual level, they all arguably have something positive to contribute, and serve a unique purpose in fostering values of personal responsibility and patriotism in young people.

And on a more personal level, I don’t feel like I have less to offer to political dialogue because there are other young black people gaining notoriety in conservative politics. Part of what pulled me right of center to begin with was understanding identity politics for what they really were. While some issues statistically effect certain demographics at different rates, no people are monolith — and you have more to lose than gain by viewing politics through a lense of immutable characteristics like race or sex. So whether or not I agree with what other black millennials and Gen Z-ers on the right have to say, there’s no reason to feel like they take anything away from me or my ability to speak up for what I believe.

CPAC 2020 has been a refreshing reminder of how much this movement has grown in the last four years since I attended my first as a doe-eyed college student, and of all the potential we still have untapped. There is always room to improve, and new, bold voices are the only way we ever will.

« Mayor Pete, Marco Rubio & the Future of Our Country

Biden Will Be A Disaster for the Democrats »