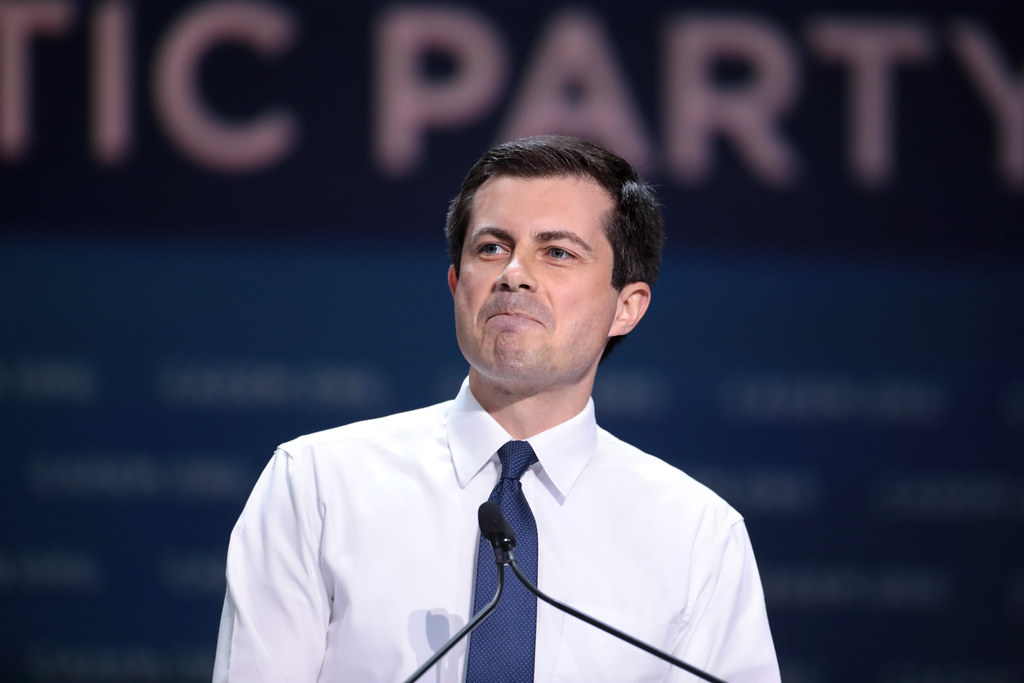 I’m going to be honest, I missed the last two Democratic debates. And I’m sorry I did because they both sounded extremely entertaining based on the recaps and highlights circulating the internet after the fact.

I’ve said it before — I think Bernie is the only candidate left in the running that stands a real chance against Trump, because he is the only one that consistently sounds like he means what he’s saying. Like Trump, he has a very palpable appeal as a “regular guy” who “speaks his mind.” I mean, in reality, he has been in Washington longer than most of his supporters have been alive. But he doesn’t sound like other career politicians. He doesn’t use the same tired, recycled platitudes as everyone else that went to Washington straight from Noah’s ark — and even when he does, they’re received differently coming from him.

He’s the polar opposite of Pete Buttigieg. I don’t have particularly strong opinions about the Mayor of Whoville. I was impressed by his surge, because I honestly didn’t think he stood a chance. But the more I’ve heard from Pete, and the more I’ve observed infighting among the Democrats throughout this cycle, the more questions I’ve had about our future as a country.

Because I was at a networking event earlier this week talking to an editor at the Federalist when I realized just how much Pete Buttigieg reminds me of Marco Rubio. Ironically enough, Ann Coulter tweeted the same thing the next day.

I will say that I believe Lil Marco had a lil more personality and charisma. But they’re both this kind of very specific politician that seems like they were designed in an Establishment Petri dish. They say all of the “right things” while never actually saying anything at all. They were pretty much centrists forced further to the Left or Right based on the frontrunners. They each checked off exactly one “oppression” box: gay for Pete, Hispanic for Marco while remaining boring, generic and mainstream enough for people to frequently forget about those boxes. To be clear, I’m not trying to suggest that they should have been exploiting or emphasizing their backgrounds to get ahead. Just noticing things. They’re both clean cut. Decent looking enough. And they both have a set list of key phrases and talking points that they stick to religiously. If you remember 2016, you know that was what sunk Marco’s campaign.

If you knew me in 2016, you knew I was anything but a fan of Marco. I couldn’t stand him. Granted, part of that was because I worked for Ted Cruz and found many of his supporters and staffers particularly insufferable. But I also didn’t think he was “conservative” enough. I didn’t think he could be trusted on key issues like foreign intervention or immigration. And those were fair concerns.

And I think there are plenty of reasons for voters to hold smooth talking moderates like Marco Rubio and Pete Buttigieg at an arm’s length. But as our electorate grows increasingly polarized, I can’t help but wonder what that means for the future of our country.

Some of my opinions skew further right than those of your average Republican. And that’s not something I’m going to apologize for. That’s why I supported Ted Cruz so zealously in the Republican primary back in 2016. He was the only person I trusted to actually fight for a conservative agenda, and not collapse every time he was under pressure. My issue with Trump wasn’t that I thought he was a bigot — it was that I didn’t think he could be trusted to actually follow through with his campaign promises. I thought he was all talk, no substance — and I’m happy to have been proven wrong. I’m happy with a lot that he’s done in office, and I’m proud to have voted for him.

When it comes down to it, despite his rhetoric and the constant media hysteria, he’s been a pretty moderate Republican President. And he’s still done a great job. So why is it that I was so fundamentally opposed to moderates during the 2016 republican primary? And why does the very same thing seem to be happening to Democrats in their 2020 primary?

Maybe Americans are right to be weary of so-called centrists and moderates after Bush and Obama (and I know many on the right don’t think of Obama as moderate but remember we’re comparing him to Bernie). Maybe if you believe deeply in what your party (and I use that word loosely) claims to stand for, you find yourself frustrated with the “middle of the road” types that are constantly surrendering ground, or even selling out their core supporters. They can seem like what’s standing in the way of your vision for the country, and REALLY changing it for the better.

My first internship in college was for Congressman Mike Capuano. And yes, I was one of those people who interned for someone I was ideologically opposed to because I lived in a blue state and wanted a congressional internship on my resume — sue me! I only saw him on my last day of my internship where he sat down with me and the other intern that was in that day. He said “there’s nothing wrong with being partisan. It means you stand for something.”

Those words have always stuck with me. But the longer I’ve worked in politics, the more I’ve questioned the sentiment. Are we collectively confusing extremity and ultimatums with principle? Can we ever really get anything done in a country of 300 million if both parties are saying “my way or the highway?”

I don’t think there’s anything there’s anything wrong with being on the Ted Cruz or Bernie Sanders wing of your political tent. Ok, I actually think there’s a lot wrong with being on the Bernie wing of your political tent, but that’s beside the point. But as the ideological divide between conservatives and liberals continues to widen year over year, I wonder if moderates are more important to our overall dialogue as a nation than we’ve given them credit for.

I don’t blame Democrats that aren’t particularly fond of Pete Buttigieg, and I might have yeeted myself into the Charles River if Marco Rubio won the nomination in 2016. Petes and Marcos aren’t the types that turn out the base, and prioritizing appeal to the people least likely to vote for you is a recipe for disaster.

But at the end of the day, there are never going to be a perfectly aligned judicial, legislative and executive branches in a country of 300 million. If the President is a hardliner, the House and/or Senate are probably going to have a majority opposed to them, and committed to undermining their agenda. So maybe, just maybe, it’s shortsighted to dismiss every candidate that’s open to compromise.

« Dating In The District Vol. 2: The Struggle is Real

What CPAC 2020 Means for the Conservative Movement »