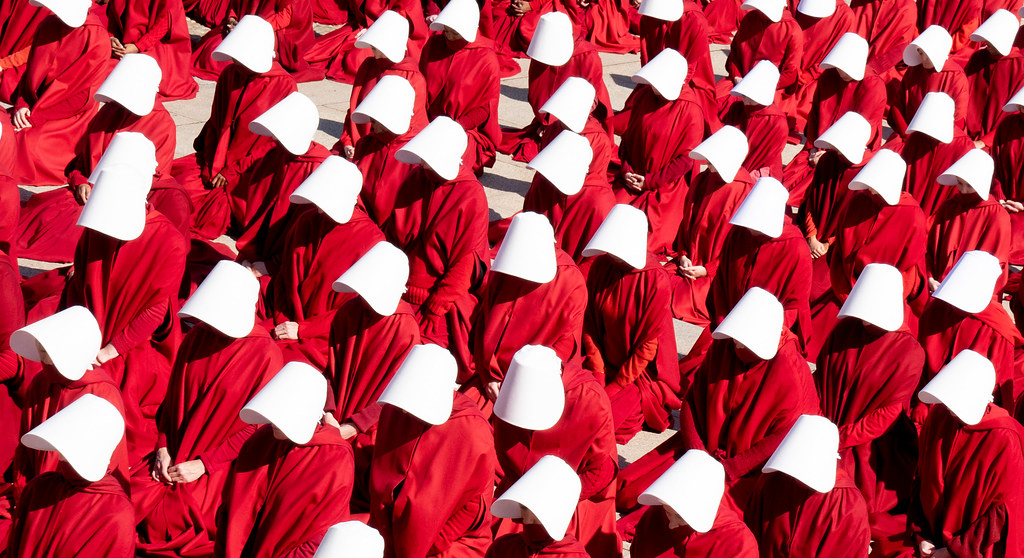 I try to avoid making sweeping generalizations about people. I understand the purpose they serve, but since I’ve matured politically I try to avoid turning people into caricatures. I don’t fit perfectly into any boxes, I don’t think most people worth knowing do, so I try not to inadvertently force anyone into them. I’m a single millennial black woman with tattoos that lives in a city and dresses like a streetwalker…and yet, if you were to make assumptions about my life or what I believe based solely on that information, your guesses would probably be nowhere near reality.

All that said, there’s a specific type of liberal woman I’ve become familiar with over the years. Growing up in Boston and spending four years of my adult life in the greater D.C. area, I’ve observed these women closely.

When Donald Trump won in 2016, this type of woman marched in the streets. The most dedicated of them flew to D.C. if they didn’t already live there. They’re progressive enough to think sleeping around is a political statement, but normal enough to feel at least a tinge of guilt when they do it. They go to brunch, and Orange Theory, and their taste in music has barely evolved since junior year of high school. They got mildly impressive jobs after college and live in nice apartments with hypoallergenic dogs – or rescues if they’re ~edgy~. They go to gay bars occasionally and they shop at stores like Aritzia and Zara. They like to think of themselves as politically enlightened radicals but when all is said and done they yearn for marriage and children and white picket fences.

If you haven’t watched the show, June Osborne is the protagonist, and as the show progresses, she becomes increasingly more difficult to root for if you have an IQ above that of a toaster oven.

We’re supposed to think she’s exceptional. She’s able to talk her way out of anything and everything. Men are falling at her feet left and right. She accomplishes the impossible, and has an iron will and the kind of unhinged determination that changes the course of history. She’s tough as nails. She’s unstoppable.

But if you put her character under any real scrutiny as a watcher, you realize she makes no sense.

She’s supposed to be a master of persuasion with a God-given gift for getting what she wants with her way with words. But she has the speaking aptitude of Rupi Kapur. She speaks in Instagram captions from your most annoying friend. Nothing she says is actually as deep as it sounds like it’s supposed to be. Nothing she says in her series of Ted talks across Gilead and Canada are particularly impressive or intelligent or memorable. And there’s no way someone as untalented as her would’ve gotten away with what she did.

June commits crime after crime after crime in a notoriously authoritarian country. She’s insolent, unrealistic and literally insane. But she somehow escapes to Canada with her body intact, while people that haven’t done a fraction of what she has pay with life and limb. It doesn’t add up. You’re telling me Serena of all people loses a finger and the only permanent disfigurement June leaves with is the ear she chopped off herself?

I don’t want to insult the actress, but objectively speaking, this character isn’t particularly attractive. She’s average at best. I’m not trying to be cruel, and I know we’re all ugly to someone, but it’s relevant to my point. Not-so-stunning women can still be desirable and draw in male attention. But something about the way the story is written just doesn’t feel believable for her character. Commander Waterford is one thing, but we’re supposed to believe she has not one but two board certified hotties ready to die for her? Her personality was not that great.

I loved the show and will probably continue watching it until it ends in spite of how drastic the quality has declined, but I’ve come to the conclusion that it was written for a very specific type of liberal woman.

Liberal women that aren’t particularly gifted, cunning or beautiful, somewhat untethered from logic and reality, look at June Osborne and see the kind of hero they could be. To them, she’s inspirational, aspirational and completely attainable.

June Osborne in particular was written for a woman that dreams of being oppressed. She was written for a woman with a comfortable life that compares herself to slaves based on how conveniently she can schedule an abortion. She’s written for women that think a Ruth Bader Ginsberg tote bag is an act of revolution. She’s the “main character” they like to think they’d be if ever put in her circumstances. They see a woman marketed as extraordinary despite being completely average, and see both who they wish they were and who they actually are. She’s written for unremarkable women that think they’re the “daughters of the witches you couldn’t burn.” She’s written for the type of woman that thinks she’d protest slavery and segregation and resist the Third Reich despite falling in lock step with every popular political movement of her adult life and being terrified of contradicting any of her friends beyond their Democratic nominees of choice in 2020.

She’s written for a boring women with no self awareness, that use infographics to form their political identity, that desperately want to stand for something with no real understanding of what they’re standing for.

« Stop Supporting Idiots & Degenerates Because They Look Like You