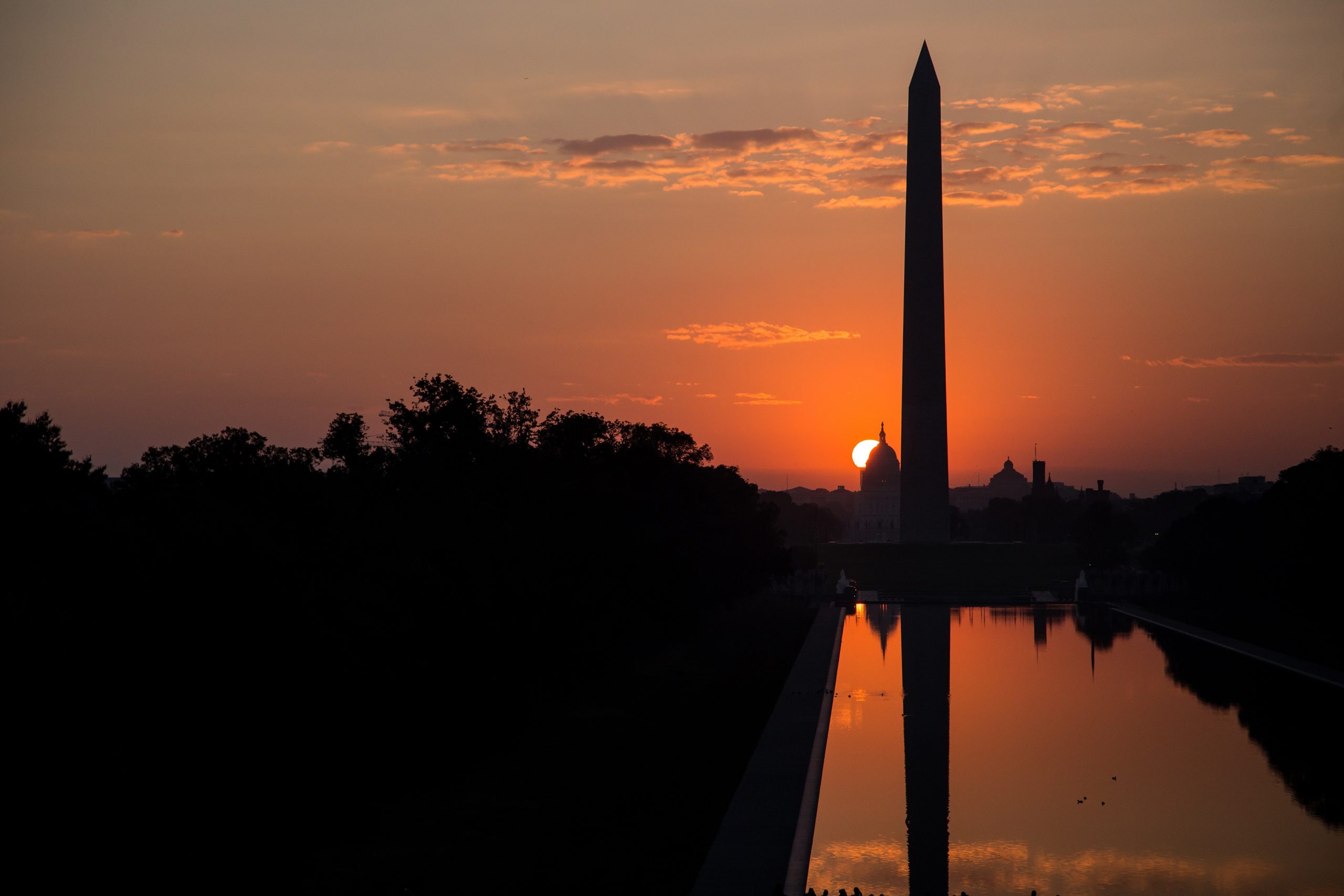 I remember my first wide eyed trip to D.C. for a conference in college. I knew then that I wanted to be here. I’ve imagined my life here for years, and even though most days feel far from a dream, sometimes I forget that I’m quite literally living mine. I’m especially grateful to be so close to the city in a young neighborhood after spending the first year and a half in the suburbs and then the ghetto. The architecture is beautiful, there’s always something to do, the sunsets are unreal. But there are a lot worse things about the Swamp than the summer humidity.

1. It’s a small town — and even smaller if you’re conservative. D.C. is a transplant town if you’ve ever seen one, so there are always people moving in and out. But I feel like I’m constantly seeing the same people everywhere I go, and it can get kind of claustrophobic — especially when it comes to the right of center political events. Leading me to my next point…

2. It’s very liberal, and usually that would be fine. I’m from Boston and my first job out of college was based in New York. I’m used to being surrounded by commies. But the liberals of D.C. can be a different breed of unhinged — and it’s ironic for people that live in the nation’s capital, and are in one way or another supposed to be working for the people they despise so much.

3. Sometimes it seems like there’s no middle ground between holier than thou establishment types and fringe psychopaths. It’s like everyone is a swamp monster that’s abandoned all morals and convictions or an unhinged conspiracy theorist with zero in between.

4. It’s a hard place not to drink. Don’t get me wrong — I live for a good open bar. But I’ve also made a fool of myself on more than one occasion because I was nervous and drank too much. I’ve also been guilty of drinking out of sheer boredom. But I don’t have an addictive personality at all. It’s not hard for me to say no to something if I know I need to. I’ve never felt dependent. But if I actually had a problem, I think it would be a hard place to live. It’s been called a “drinking town with a politics problem,” and it’s honestly pretty accurate.

5. It’s super nepotistic. Nothing quite stings like getting excited about a job opportunity that you’re actually qualified for, and learning it’s been handed to someone’s incompetent twice removed niece because they got fired from some other amazing job that they had no business at in the first place.

6. A lot of people are better than you. DC is the ultimate comparison trap. Everywhere you look there’s some tall Ivy League grad Olympic athlete part time neurosurgeon Nobel peace prize winner that makes you feel like everything you’ve achieved doesn’t matter and everything you are isn’t enough.

7. A lot of people aren’t better than you, and get paid more than you with better titles than you. The only thing that might be worse than the inevitable waves of envy and insecurity in a place like DC is the mind numbing rage you feel watching lazy idiots make bank and get promoted.

8. It’s basically a bunch of overgrown college kids running the country. I remember going on a date with a guy that said people in DC never grow up because they can’t afford to live alone and there’s so much booze everywhere, and I think he had a point. Sometimes it just seems like a town full of people still asking “who do you know here” and elephant walking even though that party’s been over for a while.

9. Almost everyone is getting help from their parents for a couple of years after moving. I wasn’t one of them, so I was confused about how so many people could afford to blow around 2 grand a month on rent. Then I realized that the only way a 24 year old working on Capitol Hill can afford to live alone in a brand new luxury apartment building is when someone else is subsidizing their lifestyle. So don’t feel like you’re behind because you’re competing for a lifestyle bankrolled by retirees in their 60s in your 20s.

10. Like almost anywhere worth living if you’re young and ambitious, it’s exorbitantly expensive. One thing I will say is that part of the reason DC is so expensive is because of preservation of old architecture and the skyline, and I honestly think it’s worth it. DC has some of the most beautiful, historic buildings in the country, and I would hate to see that thrown away for generic hi-rises. But the cost of living here is beyond absurd, and there’s more that can and should be done to bring it down.

11. DC simultaneously has the most expensive and least efficient public transportation system that I’ve ever seen in a major city. I’ve only had real experience with the subway systems in Boston and New York, and I get that the metro in DC spans 3 states, but after living in this area for 2 years I still find myself dumbfounded by how awful their train system is. This is the only place I’ve been in the country where you pay based on how far you’re traveling — and even if you go in and out of one station, you still get charged! The machines that you use to get into the train are constantly messing up and telling you there’s no money on a card you just put $10 on, and the trains themselves are constantly delayed and broken. DC’s public transportation is a damning allegory for government efficiency as a whole.

12. And traffic is even worse than the public transportation. It’s awful. And what makes it worse is knowing that a good portion of it was by design. Like, city planners designed certain roads with the intention of keeping too many people from coming to the area. But they did. Now everyone’s just sitting in stand still traffic.

13. Authentic people are few and far between. Making friends after college is hard across the board, but it’s especially hard in DC. People are so focused on getting the next job or the next connection that it becomes easy to treat others like stepping stones instead of human beings. It’s gross and exhausting. There’s the age old saying: if you want a friend in DC, get a dog — and it definitely exists for a reason.

14. The men are terrible. Like, think about the kind of narcissistic sociopath that thinks they’re destined to run the country one day. Now think about trying to navigate dating in a city full of them — and most of them are 5’8. The women of this city honestly need to go on strike.

« Soleimani & Why Most Of Us Should Shut Up

How to Ball On A Budget During D.C. Restaurant Week »