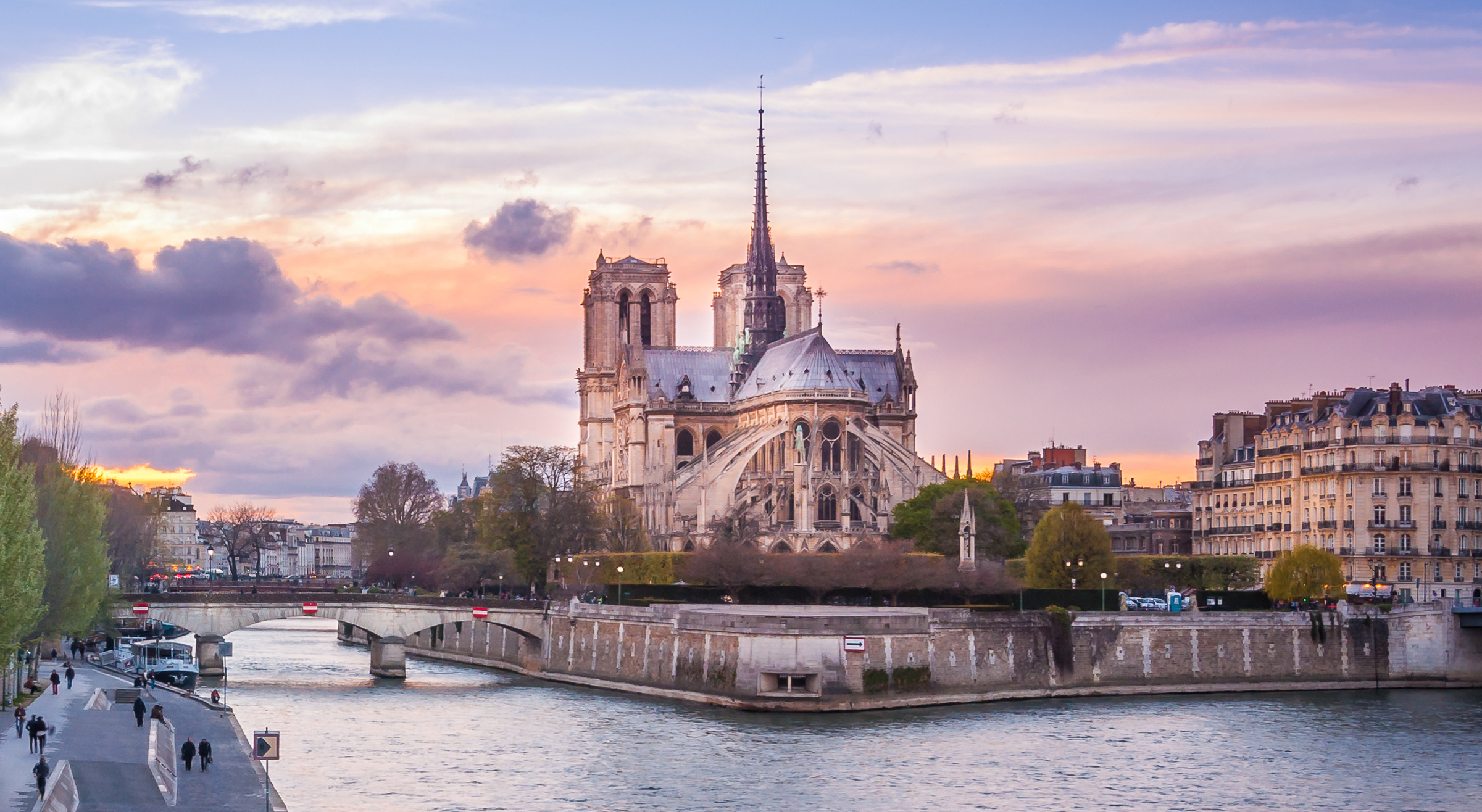 Yesterday, a fire started in the Notre Dame Cathedral, and the world stopped. I won’t pretend that I was personally affected, because I’m not Catholic, I’m not French, and I’ve never seen it — but I realize that it was a devastating loss for not just the Catholic community, or the French community, or even Europe, but for civilization as a whole.

In high school, I remember visiting the oldest cathedral in Boston for my art history class and telling my Catholic friend how jealous I was of her. As a nondenominational Christian, church was just a building. There were no stained glass windows. There were no grand sculptures or paintings. And walking into these ornate houses of worship, I couldn’t help but feel overwhelmed even if it contradicted everything I’d believed about what church was supposed to be.

So even though I didn’t feel connected in any way to what happened yesterday, I have nothing but empathy and sympathy for the people affected by it. I was refreshing my Twitter every few minutes for updates both dumbfounded by the imagery, and with a growing sense of urgency for updates.

The more I looked at Twitter, the more upset I became. Because I was becoming all too familiar with a particular class of people that don’t recognize tragedy as tragedy, but as opportunities to promote their political agendas. To them, it’s not about loss. It’s not about mourning. It’s not about what’s actually happening. It’s about finding an ideologically convenient spin that confirms their worldview, whether or not that’s based in reality.

For all I know, arson could have very well been the cause of the fire. There’s nothing wrong with asking questions, but there’s everything wrong with actually hoping for terrorism — especially to the point where you’re swatting away any and every answer that negates it.

It reminded me of the Las Vegas shooting in the worst possible way. Before the bodies were even cold, people were screaming “JIHAD,” “RACE WAR,” and everything else under the sun. Even as news trickled in about the shooter, people insisted that it was a cover up because they were more concerned with how they could use the attack than what actually happened.

This blog post was going to be about them. And then I realized that no matter how loud and abrasive these people were, that they were a minority. Most people weren’t looking for a group to blame or peddling conspiracy theories, they were grieving. This destruction brought people of all walks of life, of all denominations, of all national origins together.

And in the face of so much devastation, and so much pain, a lot prevailed. People sang, and prayed, and cried, and loved. A French billionaire pledged $110 million towards rebuilding Notre Dame, and I don’t think he will be the last person to do so. Because no matter how vocal and venomous some people are, the good in the world and the love in the world is more powerful even when it’s hard to find. But yesterday, it wasn’t.

For every vile fanatic trying to exploit the pain of others, twisting knives into fresh wounds, I like to believe there are at least two kind, loving, honest people that want to heal the people around them, and leave the world a genuinely better place than they left it.

I don’t know how or if the wonders of a 200 year construction project can ever be replicated or rivaled. It may never be the same. But some of the most beautiful things are born from tragedy, and that the world will be given something new. A new cathedral. A new icon. And a new monument to the resilience of the human spirit.

« Why I’m So Happy I Didn’t Get Promoted

Alabama, Abortion & A Change In Perspective »