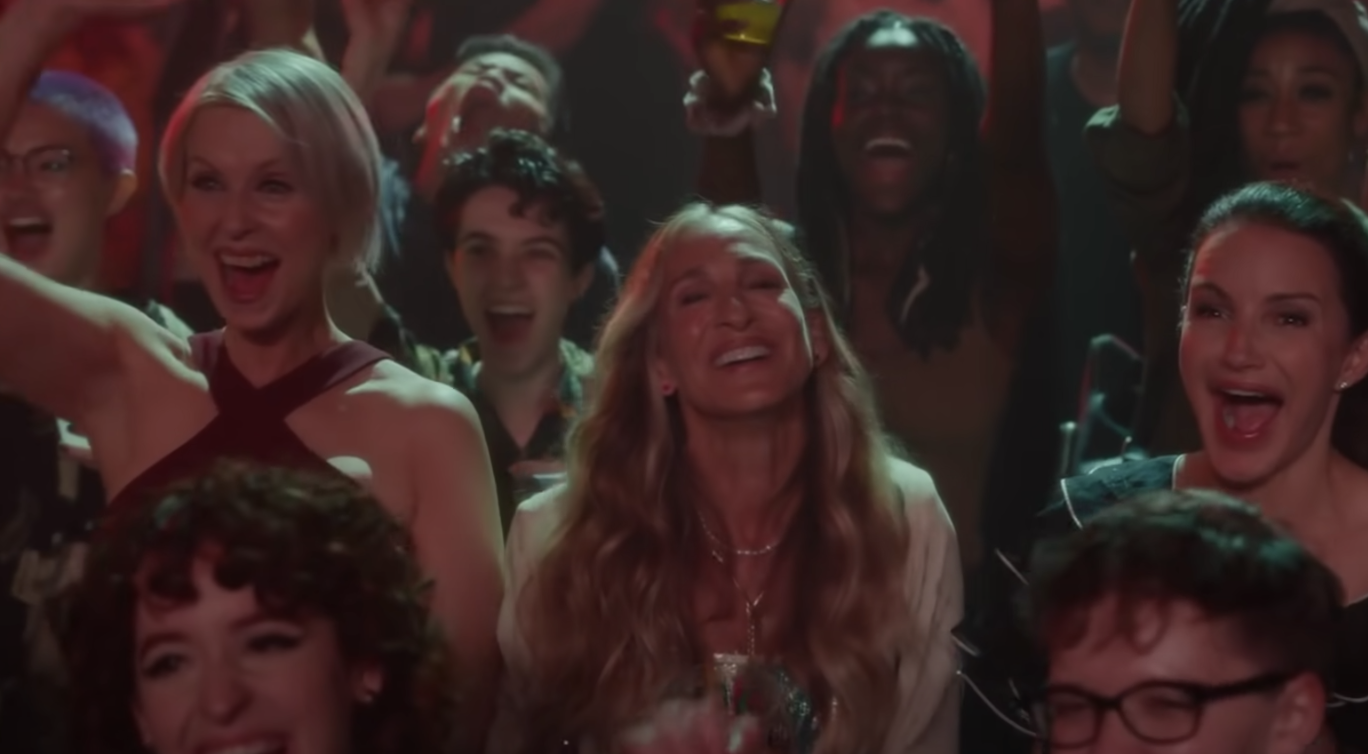 I’ve been in love once in my adult life. When I met him, I couldn’t stand him. My initial physical reaction to him was indifference; he wasn’t a bad looking guy, but my attraction to him wasn’t immediate. Then I was forced to spend a full day with him for work, and I realized there was a lot more to him than met the surface. The more I got to know him, the more I liked him, and I didn’t care who was more handsome or richer or taller or had a more chiseled body – he was all that mattered to me.

Because of him, I’ve always tried to give men at least two chances. First impressions can be so misleading.

But the more second chances I’ve given, I’ve realized that we’re usually better off trusting our gut.

When the Sex and the City reboot was first announced, my excitement quickly turned to dread, because I had a feeling it was going to be reimagined through an unbearably woke lens, and ruin the way fans of the original show remembered it. And even though I didn’t want to be, I was right.

The first episode wasn’t good, but it wasn’t horrible. It seemed sterile, and the quality of the script seemed to have taken a steep nosedive, but Sarah Jessica Parker’s performance as Carrie discovering her dying husband made me think the show had promise. I don’t know if it was just nostalgia or a combination of her acting and the way the scene was written, but I cried. It was like a mediocre first date with a guy that you don’t want to write off immediately for one reason or another. After watching the first episode, I felt like I had to go back for at least one more.

But what started with me trying to give the reboot a fair chance, thinking maybe I could grow to love it, quickly devolved into a weekly hate watching ritual.

I tuned in, week after week, not because I was invested in the plot, or I thought it would get better, but because I wanted to see how this ongoing train wreck would finally end.

I finished the series this past weekend, and all I can say is that I know Kim Cattrall was right to keep far away from it.

In the first episode, we learn that Carrie started co-hosting a podcast about sex and relationships with a nonbinary butch lesbian that goes by Che. It seems like a logical place for the former sex columnist and best-selling author to be 20 years later, but the unfunny, cringe-inducing nature of the podcast that seems a million times removed from the Sex and the City we knew and loved sets the stage for the entire first season of the show.

In the first episode, Carrie is lambasted for not being vulgar enough and told to “step her pussy up.” Miranda quit big law because of Trump’s “Muslim ban.” And Che, who is supposed to be some kind of comedian, breaks out into Ted Talks about being gay or not wanting to use a normal bathroom every time she’s in front of a microphone. We’re also introduced to two of the three new diversity hires. And it only got woker from there.

I’m not the kind of person that’s going to throw my arms up and completely write off a show for including progressive story lines or ideology. In one of my favorite movies from the 90s, the main character has a trans sibling. But when making political points takes precedence over telling an interesting and coherent story, the quality of cinema always suffers.

I don’t think there’s anything inherently wrong with trying to modernize or diversify a cast. But the original Sex and the City didn’t have any black main characters – and it didn’t need any. I didn’t need to see anyone that looked like me to be intrigued by the show, or to relate to the characters.

I think when a story is told well, it says something about the human condition that transcends things like race, sex, and class. I recently started watching Succession and I, a 28 year old black woman that ponders $300 purchases for months on end, find myself empathizing with a white man in his 40s born into a billions.

Why You Should & Shouldn’t Love Jesus, Marry Young & Have Lots of Babies »