There were a bunch of Pride parades across the country this weekend celebrating the LGBT community, and on my way to brunch a squad of butch lesbians and transsexuals harassed me, and threatened to chop off my boobs and use them for themselves because a straight didn’t deserve such an immaculate rack. Kidding, because even though the twins are damn near 10s, you know that never happened. It’s absurd. But the way some straight people are acting, you’d think that gangs of butt plug wielding homosexuals are chasing random straights down in the streets.

A gay pride parade is literally…a gay pride parade. It’s a parade that gay people put on because they’re proud. It’s not an attack on “straightness” or Christianity or anything else, and while you’re free to disagree with these parades or homosexuality itself, to pretend that you’re actually somehow victimized as a straight person by rainbow balloon arrangements indicates that you’ve probably never experienced legitimate persecution because of your identity. Please go back and read that again. Being straight or cis doesn’t mean your life was easier than anyone else’s. But if you interpret multicolored storefronts as attacks on your identity, you’ve probably never been attacked for your identity.

I’m mostly straight. I say mostly because we’re all a little gay for Dana Loesch. I mean, look at her. How could we not be? 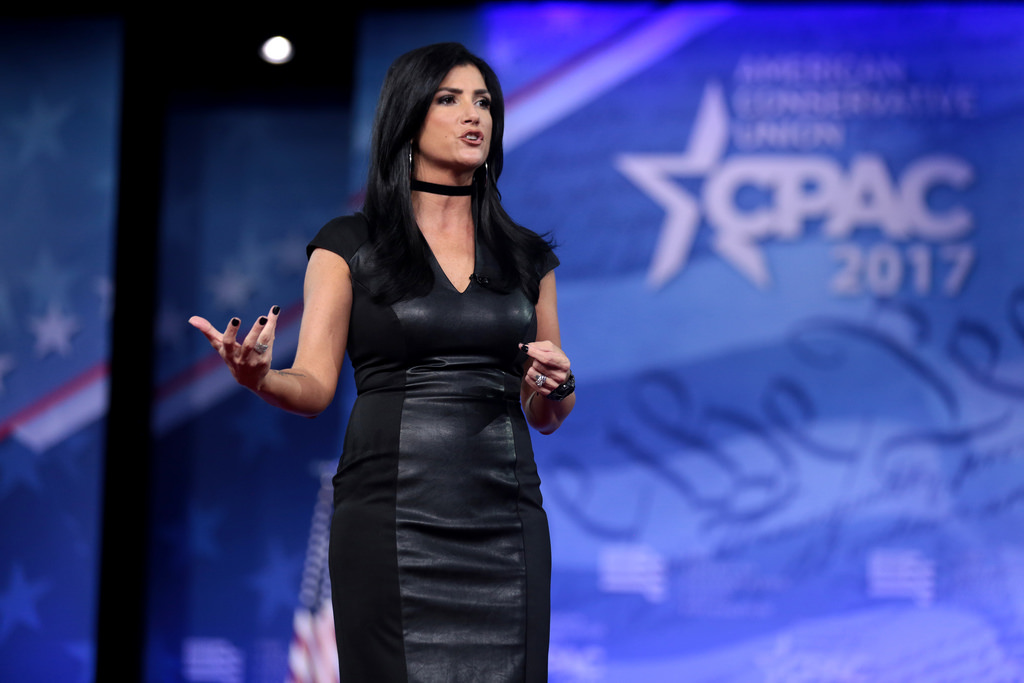 I’m not proud to be straight precisely BECAUSE I’ve never been ashamed to be straight to begin with. I was never afraid to admit that I was attracted to men. I’ve never feared for my livelihood because I’m attracted to men. My sexuality has never made my life harder. It’s never got me kicked out of my house, disowned by my family or turned me into a social outcast. I never had to choose between being honest about who I loved and the possibility of losing everything I knew. My sexuality was never something I had to come to terms with. I’ve hated myself for being a godforsaken idiot when it comes to boys, but I’ve never hated myself simply because of the gender I was attracted to. And while everyone’s journey is different, I think that too many straight people are too fast to dismiss the very real and persisting struggles of the LGBT community because we watch 2 shows with gay characters. We forget that there’s a real world outside of social media and entertainment, and outside of Boston and San Fran and DC. People are still being excommunicated and made homeless in matters of minutes for being honest about something they have no control over.

When I became honest about my political affiliations, I lost friends. I lost opportunities. I was attacked, harassed and degraded. And while I’ve drawn comparisons as I urged more conservatives to be honest about their beliefs and come out of their ideological closets, I’m not a moron. Yes, going against the political status quo has serious consequences. It’s gotten people fired, strained even their relationships and even cost me an apartment when I thought I would be moving to New York. But I know that even though people have been through some serious stuff over what they believe, it’s nowhere near the same magnitude of what people are still going through over what gender they love or identify as. My parents are annoyed by my political beliefs, but they probably wouldn’t talk to me if I ever came out as gay or trans. That’s an extremely important distinction to make.

Being straight sucks because boys suck, but in terms of being accepted, respected and treated like a human being it’s a walk in the park and pretty much always has been. So if people that actually had to overcome their sexual or gender identity want to parade down the street, why shouldn’t they be able to? If you want to have a conversation about some of the less than family friendly elements that happen at very public pride parades, fine. If you have a problem with the gender and sexuality spectrum curriculum being taught in schools, fine. But spare me the crocodile tears based on the asinine assertion that some floats and aggressive color schemes pose a threat to heterosexuality.

« 6 Things to Think About Before Getting a Tattoo

15 Things You Need to Know About Working In Politics »