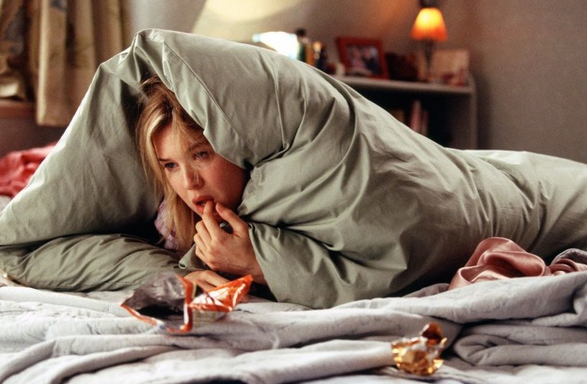 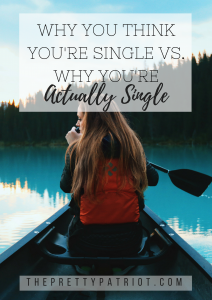 It’s that day of the year again, and even though you were single yesterday and you’ll be single tomorrow, it sucks a little extra today. But instead of offer feel good nonsense I thought about how many people delude themselves about their problems and the root of them, and decided to take a different approach. Given that I too am single, it’s entirely possible that I have no idea what I’m talking about. You be the judge.

Why you think you’re single: you aren’t attractive
Why you’re actually single: you may very well be unattractive. But that’s probably not the case. As physical as guys are, and as much as they care about the way women look, who they settle down with almost never comes down to how hot a girl is. The more that I think about it, actually, some of my hottest, most attractive friends have been the least satisfied in romantic relationships. With enough makeup, the right clothes and maybe a girdle, almost anyone can fake their way to a 7 at the bare minimum, but that’s not what determines whether or not a guy settles down. No matter how pretty you are, there’s always someone prettier, with fuller hair, more beautiful eyes, clearer skin, a perkier butt, bigger boobs and a flatter stomach. But if she has a bland or abrasive personality, as much as guys will pursue her, she too will end up discarded and alone after being checked off of whatever guy’s “To Do” list, and probably marry a man old enough to be her grandfather while she waits for him to die because no decent men her own age cared enough to put up with her.

Why you think you’re single: all guys are f*ck boys
Why you’re actually single: there’s something wrong with you and/or the way you present yourself, and for that reason you’re only to draw the interests of boys that don’t have serious or respectable intentions with you. You probably make a habit of ignoring the innate nature of heterosexual relationships/interaction, blame your romantic disappointments on everyone but yourself and continuously set yourself up to fail by doing so.

Why you think you’re single: no guys meet your standards
Why you’re actually single: you either a) have wildly unrealistic expectations, or (more likely) b) have your sights set completely out of your league. You’re looking for a 25 year old millionaire that played D1 college football at an Ivy League (and still looks like it) when all you have to bring to the table is cashier experience from Victoria’s Secret, emotional problems and a GED. I’m not saying that you can’t work your way to a new league, but as Kanye once so eloquently put it “beggars can’t be choosers; bitch this ain’t Chipotle.” Am I suggesting you dramatically lower your standards? Not at all! I’m telling you that you have become more like the people you want to attract through self reflection, personal responsibility and hard work.

Why you think you’re single: real men like curves; dogs are for bones
Why you’re actually single: you’re fat.

Why you think you’re single: guys are intimidated by you
Why you’re actually single: guys may very well be intimidated by you, but you could also be neglecting your appearance, have an abrasive personality, or be a feminist (all of which tend to be interrelated). I’m a woman, and I not only have lofty ambitions for myself, but respect other women that do. Put in those hours, kick ass, and prove yourself – just don’t let yourself go in the process. As much as I may disagree with you about glass ceilings and equal pay, I respect your right to your own opinions. But as big of a part as politics play in my life, I avoid talking about them a lot with new guys and you should too. Yes, shared views are important to an extent, but no one wants to listen to someone with a perpetual chip on their shoulder bitch, moan and overreact to trivialities 24/7. There’s also a chance you come off as a whore. Sorry, no offense, but it’s true.

Why you think you’re single: you actually prefer casual sex to commitment
Why you’re actually single: if you’re a guy, this is probably true. If you’re a girl, it could still be true, but you’re probably delusional. Sorry, I don’t make the rules. It’s science, so before getting mad and defensive, let’s accept that I’m right and move on. As much as women can enjoy sex, we are biologically inclined to emotional attachment after sex. I know what you’re thinking – “that’s not true! I totally banged this guy and didn’t care at all after” – congrats! There are exceptions to every rule! In general, you probably aren’t one, though, and you better check yourself before you wreck yourself. Literally.

Why you think you’re single: you guys aren’t official but you’re basically dating
Why you’re actually single: you have been hooking up with the same guy at least semi-exclusively for an extended period of time, and he has either directly or indirectly shown you that he doesn’t have any serious intentions with you. He may have explicitly stated that he doesn’t want a relationship, or made vague statements about “seeing where it goes” and “not needing a label.” But he may also give mixed signals. He says he doesn’t want a relationship, but he takes you on dates, he calls you baby a lot, he posts pictures of you on social media, so you hold out hope that it’s actually going somewhere. Maybe it is, but 9 times out of 10 it’s not, and you’re wasting your time. As much as a guy may like you, if he actually wants to be with you, he’s going to make it happen – officially.

Why you think you’re single: He’s going to realize how much he messed up one day then come running back to you
Why you’re actually single: you’re wrapped up in a guy that forgot you existed months ago and holding out for something that’s never going to happen. Do yourself a favor, delete him on all your social media, and move on.

What We Should Learn From Beyonce’s Grammy Loss »