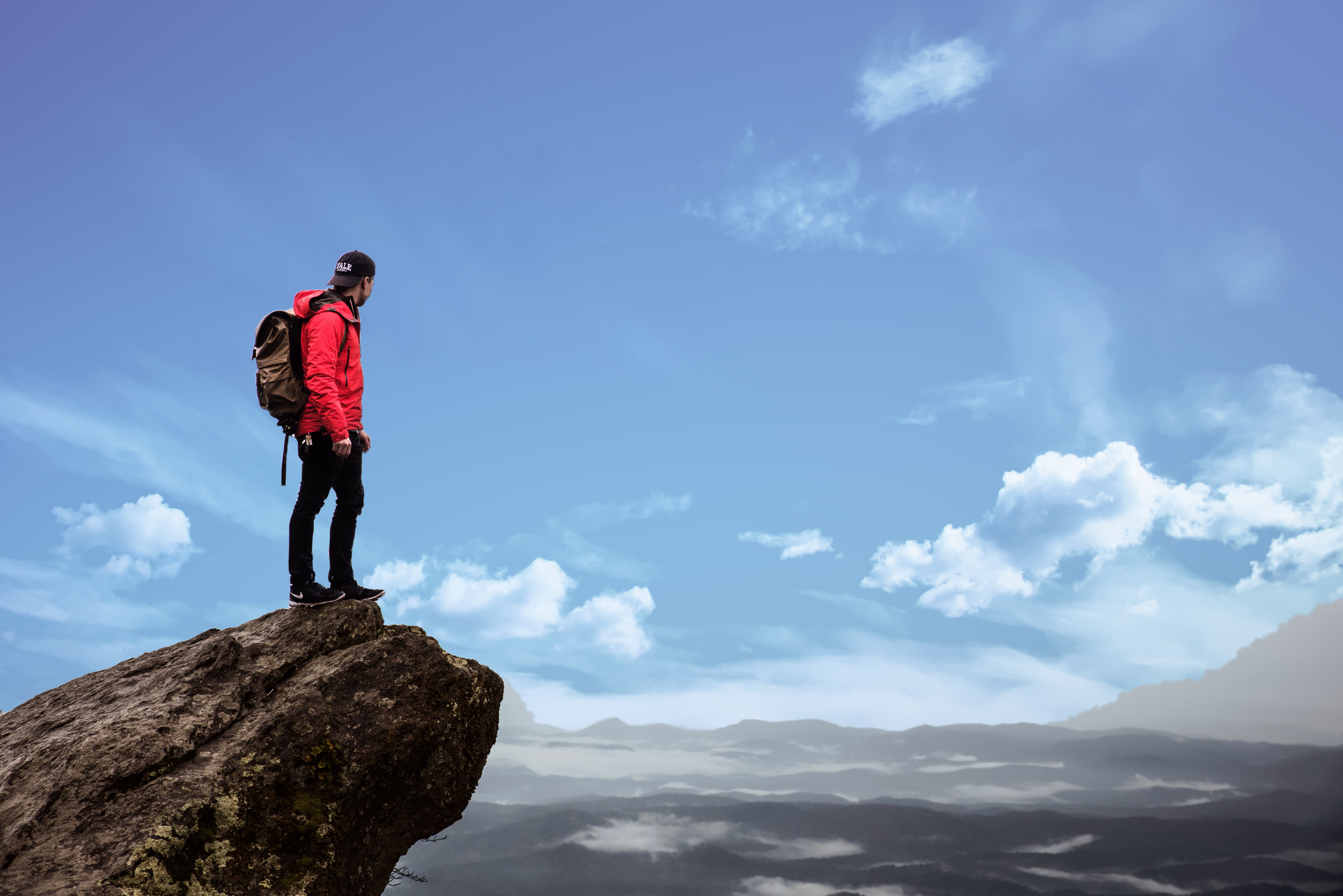 I was at a networking event earlier this week when one of the panelists said something along the lines of “it’s all about finding someone to say yes to you. You’ll be told no a lot more often than you’ll be told yes, but you only need one person to say yes and take a chance on you.” Like I said, I was at a networking event, so she was obviously talking about professional opportunities. But the more I’ve thought about it, the more I’ve realized how broadly what she said applies to our lives.

To some people, I probably seem like a natural risk taker. My clothes scream “risk taker.” My blog screams “risk taker.” A lot of the choices I’ve made up to this point in my life give the impression of taking risks often and enthusiastically. And to an extent, I think that impression is accurate. But in certain aspects of my life, I find it extremely hard to take risks or put myself out there because I know there’s a possibility of a negative outcome and I’m not sure if I’m prepared to handle it.

I’ve talked a lot about what a slacker I was in high school. I was lazy, and I was distracted. But even with my bad grades, I knew I was smart and I knew I was talented, and had a ton of extracurriculars. I thought that was enough to get into one of my dream schools. But it wasn’t enough. I wasn’t enough. I got the second rejection letter in that small, cheap 4” x 9.5” envelope that all the college rejections come in, and completely broke down.

But at the end of the day, that was my fault. I can look back and understand why I didn’t get into the elite fashion schools I wanted to go to. I didn’t try hard in school, and that was that.

What makes rejection really hurt is when you can’t figure out why — or when you feel like there’s nothing specific or actionable you feel like you can do to address it. And it’s something I’ve felt — and still feel at certain levels in my professional life — but it’s something that’s an even bigger challenge for me in other areas of my life.

Like, I go through lulls on my blog and my Instagram, but for the most part, I feel like I do a good job. As any of my friends that have seen the apps I use for Instagram can tell you, I edit like a psychopath. I post a lot, and try to have pretty good captions. Some blog posts are going to be more shallow than others, but whether I’m writing about D.C. Restaurant Week or being depressed I try to write something that’s actually good, and thoughtful, and helpful.

I don’t have a blog or an Instagram because I want to be famous. At the end of the day, it’s not about statistics or metrics for me. It’s something I genuinely love and am passionate about. It’s an outlet that I’ve been able to use to not only express myself and use creatively with full autonomy, but use to help other people. But I hate feeling stagnant. I hate seeing the numbers sit at the same place, and not feeling like I’m actually moving forward even if I’m not doing this for followers or free stuff.

And when it comes to romance, I don’t even know where to start. I like to think of myself as a self aware person. I don’t think I’m perfect or that a guy is automatically wrong or crazy if he doesn’t like me. Girls love to post things on their Instagram stories like “don’t let anyone treat you like free salsa, you’re the guac baby girl” — and maybe you really are the guac. I think we all have the potential to be the guac unless we’ve been horribly disfigured or have the personality of Scarlett Johansson in He’s Just Not That Into You. But sometimes, you’re actually the free salsa, and the gross watery salsa with no tomato chunks in it at that. And you’re never going to become guac by lying to yourself about who you are or what you bring to the table.

So I’ve spent a lot of time trying to understand what about myself I need to improve, and I’ve worked really hard to become a better version of myself. But I still have no idea who I’m taking to my company Christmas party, so clearly, I haven’t cracked the code. And it’s frustrating watching girl after girl that sucks show up on my feed with their boyfriends, even if their boyfriends suck too or I know they’re miserable.

So I’ve found myself not wanting to go after opportunities with my blog/Instagram, or deal with boys, because I feel l like I’m just going to be rejected in one way or another. I’m going to spend all this time crafting the perfect pitch emails that will never be opened, let alone responded to when they see my follower count. Or I’m going to spend anywhere from days to weeks talking to some guy before he asks me on a date, 40 minutes trying to put together the perfect outfit that’s the right amount of ~flirty~ and ~fun~ without being slutty, spend 30 minutes doing my makeup, get so nervous I want to throw up, for nothing to come from it.

And I’m not crazy for feeling that way. Rejection — whether outright or inferred — is scary, and exhausting, and disheartening. But there is no risk without rejection, and there is no worthwhile achievement without risk. As Lady Gaga would say “there can be a hundred people in a room, and 99 don’t believe in you (or want to work with you, or go apple picking with you and get you pregnant).” But one does. And that one is what matters. Okay, in the case of my blog/Instagram, I’m going to need to work with more than one brand. You get the point.

You’re going to be told “no” a lot more than you’re told “yes” — and that goes for everyone (unless maybe the Hadids/Kardashian-Jenners? Those bitches get everything and Kim is literally the only one who has actually put in the work, but I digress). No matter how pretty or rich or talented or hard working you are, you’re going to be rejected. The greatest names in entertainment, sports, fashion and business have been told “no” a million times over. Your dad was probably rejected a million times in bars before he met your mom — no matter what a fox he was in his hay day. But rejection can come when we least expect it, and so can success.

I lost track of how many jobs I applied to before I got the one I had now. Most of my applications were never replied to, and the few emails I got were most often to tell me that they had “moved forward with other candidates.” Six months of being ignored and dismissed like that was demoralizing. Between my angsty high school years and now, I’ve reached some devastating lows, but I can confidently say that unemployment was the most hopeless I’ve ever been. The light at the end of the tunnel was nowhere in sight, and it felt like I’d never make it out. But one “yes” turned my life around, and got me everything I have today.

The credit belongs to the man who is actually in the arena, whose face is marred by dust and sweat and blood; who strives valiantly; who errs, who comes short again and again, because there is no effort without error and shortcoming; but who does actually strive to do the deeds; who knows great enthusiasms, the great devotions; who spends himself in a worthy cause; who at the best knows in the end the triumph of high achievement, and who at the worst, if he fails, at least fails while daring greatly, so that his place shall never be with those cold and timid souls who neither know victory nor defeat.”

« I Finally Get What “Progress Not Perfection” Actually Means

What Netflix Original Horror Movies Are Worth the Watch »