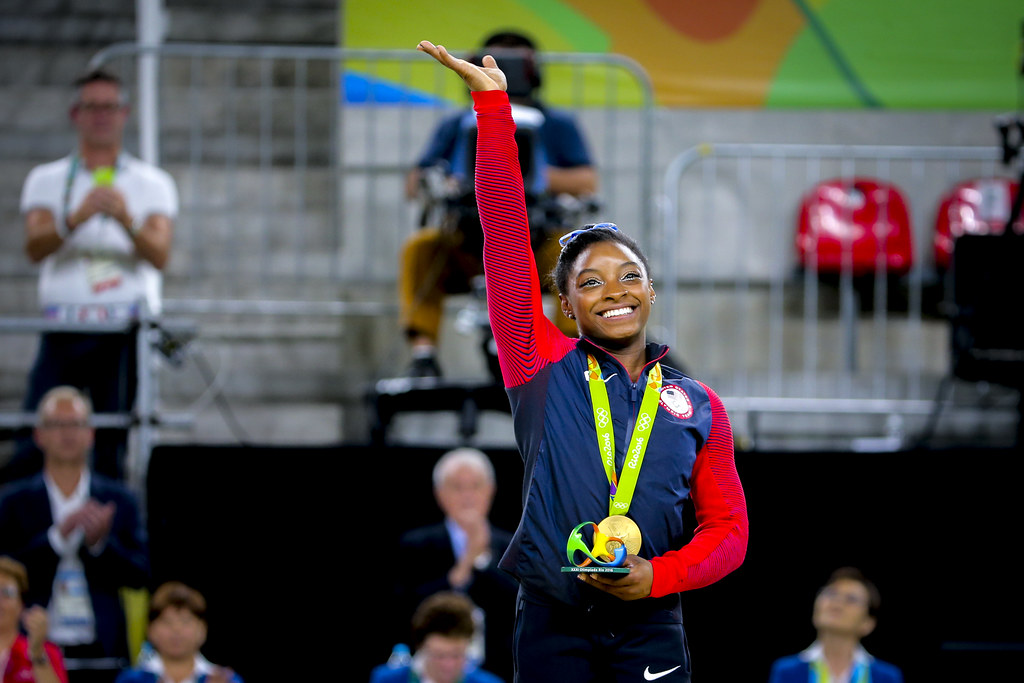 I haven’t been keeping up with the Olympics. When I saw that Simone had decided not to compete with Team USA, I was disappointed. Not because I thought she was selfish, or owed anyone anything, but because she’s incredibly talented even by Olympian standards, and I assumed there had to be something seriously wrong behind the scenes for someone to sacrifice so much for so long and throw in the towel at a moment like this, at what was likely to be her last Olympics.

They portrayed her as an effete narcissist that abandoned her duties and teammates when they needed her most because she was having an off day. They used the opportunity to berate mental health awareness culture, and lament how “soft” we’d become as a country.

Reality seemed to contradict these premature hot takes. When people actually analyzed Simone’s numbers, it looked like she did her team a favor. She would have dragged down the score, and possibly cost her teammates the silver medal they won. I couldn’t help but think it would be more selfish to risk her team’s success because she felt like she had something to prove during her last rodeo than to walk away, no matter how painful it may have been for her.

But people don’t think anymore. They don’t wait for context — unless they’re hoping that more information might confirm their worldview. They rush to judgment, shout their opinions from the rooftops before they have a full picture, and wait for validation from their preferred echo chamber.

Watching people react to Simone’s decision, I thought about what the same people accusing her of cowardice would have done if she had pushed herself past her breaking point, and ended up paralyzing or killing herself. It’s really not a far fetched scenario considering the Olympics refused to score her fairly in an effort to discourage other world class gymnasts from attempting her moves, because they’re that dangerous. Would they say anything? Would they call her brave? Would they condemn her for not knowing her limits?

I watched the tweets and Facebook arguments and Instagram stories pour in. Of course, it was entertaining watching people that have accomplished so little in life virtually lecture one of the most decorated athletes of all time on discipline and commitment. Yes, divorced pyramid scheme sales woman, I’m sure you have something to teach an Olympian that probably hasn’t tasted a carb or gone more than 24 hours without working out in years about mental dexterity or strength.

But what really stood out to me was how quickly people jumped at the opportunity to scold. The negativity was practically coming out of their pores. And for what?

People are addicted to outrage. And it’s not just the people on the other side of the aisle. People on both the left and right care more about their narrative than they do about truth. What they want more than anything is a chance to scream and shriek and insult their opponents, no matter how many facts stand in their way, or how cruel they allow themselves to become.

I understand that we can struggle seeing celebrities and athletes as actual people with feelings and lives. But something about the way Simone’s detractors were talking about the situation just shook me. They were so callous, and most couldn’t be bothered to even feign concern over her wellbeing or what she may have been going through. They didn’t even try to put themselves in her shoes, or understand her train of thought. It’s like they wanted to believe an Olympic athlete that had trained their entire life to defy the laws of nature was some flaky crybaby even though it didn’t make any sense because it gave them to do what they love most: complain.

The internet is making people truly and horrendously hideous. It’s polluting our souls, and tearing us from our humanity. I’m just as guilty as anyone, and that’s why I can confidently say we can all be better than we’ve been.

Like most people my age, I’ve struggled with mental health issues. And as someone that’s struggled, I agree wholeheartedly that we’ve gone too far in the opposite direction when it comes to mental health. We went from never talking about it to constantly talking about, and treating it as a scapegoat that removed people from accountability for their actions. I will never support that, and firmly believe we need to find a middle ground between shame and fecklessness. No, you shouldn’t feel disgraced because you struggle with mental health — but you shouldn’t be using it as an excuse for your shortcomings either. That’s a perfectly reasonable conversation to have.

But I don’t think that’s what Simone did. And no matter what you think, when we treat people not as people, but a pawns to prove a point, we degrade them, we degrade ourselves, and we drift closer and closer to complete moral bankruptcy.

We Lost Everything for Nothing »