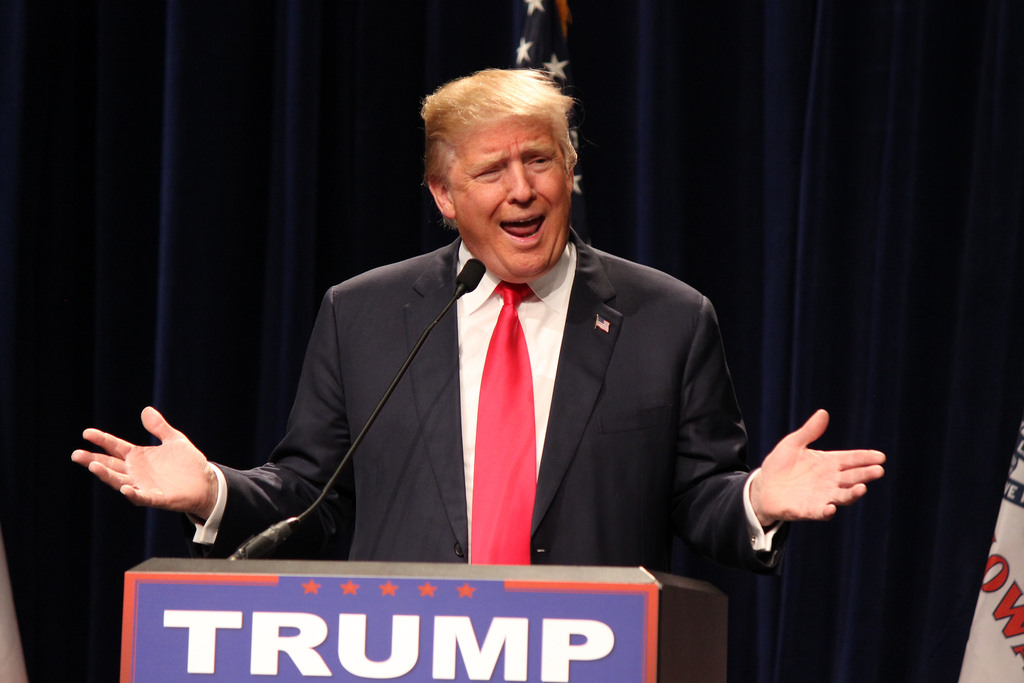 Yesterday Trump tweeted something that only Trump would tweet and the NRA put out a commercial. From pundits to politicians, democrats have accused republicans of trying to literally murder people with a healthcare bill that honestly isn’t very different from Obamacare. The tweeting and hot takes and shock™ are nothing short of hysterical, but do I as a conservative really have room to talk?

When Kathy Griffin held up a bloodied replica of Trump’s head, I thought it was extremely low brow and in poor taste. I thought she had brought whatever criticism and consequences she faced on herself, and that it was up to her to deal with the backlash. But did I actually think she posed a legitimate threat to the president’s life? Did I think she should be arrested or tried for treason? No, but some Trump supporters did. When my friend stormed a production of Julius Caesar that depicted the murder of Trump, I was happy for her as it propelled her into in the spotlight, but did I actually agree with her? Did I think that a bunch of theatre nerd liberals in Brooklyn could be held responsible for the deranged shooting of Rep Scalise? No, I didn’t, but obviously many on the right did. Earlier this week Cosmo put out a list of women that could be president, completely ignoring women of the right, and a lot of people took issue with that. The constant erasure of conservative women is disheartening and hypocritical, but color me shocked….it’s Cosmo. Since when does a magazine famous for makeup advice and blowjob tips define anyone or have clout in the political world? If I was doing a story about women that could take the White House it would more likely than not be exclusively on women I thought belonged in the White House, and thus entirely comprised of women of the GOP. Is Cosmo not afforded that same luxury?

Honestly, truly, I think we’ve lost our minds. It would be naive to pretend that Trump plays no part in this madness, because he’s a one of a kind president and for better or worse, that effects everything. But for too long the left and establishment right have scapegoated Trump for the state of political discourse when the problems that created this division existed long before him, and have perhaps only been highlighted by his presidency.

Liberals have been calling us “literally Hitler” long before Trump and will continue to do so long after him. And for years, the republican response was to just roll over and take it. People like Trump because he actually fights back. He doesn’t back track and apologize out of fear of being called -ists and -phobics, and in doing so has stripped the left of their power. And sometimes, of course, he goes too far. But the right isn’t used to it, and they’ve confused fighting back with becoming a different version of the left by adopting their culture of outrage.

We aren’t liberals, and we aren’t good at pretending to be. I’m tired of the offense olympics, and I’d like to get back to things that matter. That’s all.

« Harsh Realities Of Growing Up You Need To Accept

Why My Black Ass Celebrates The Fourth Of July »