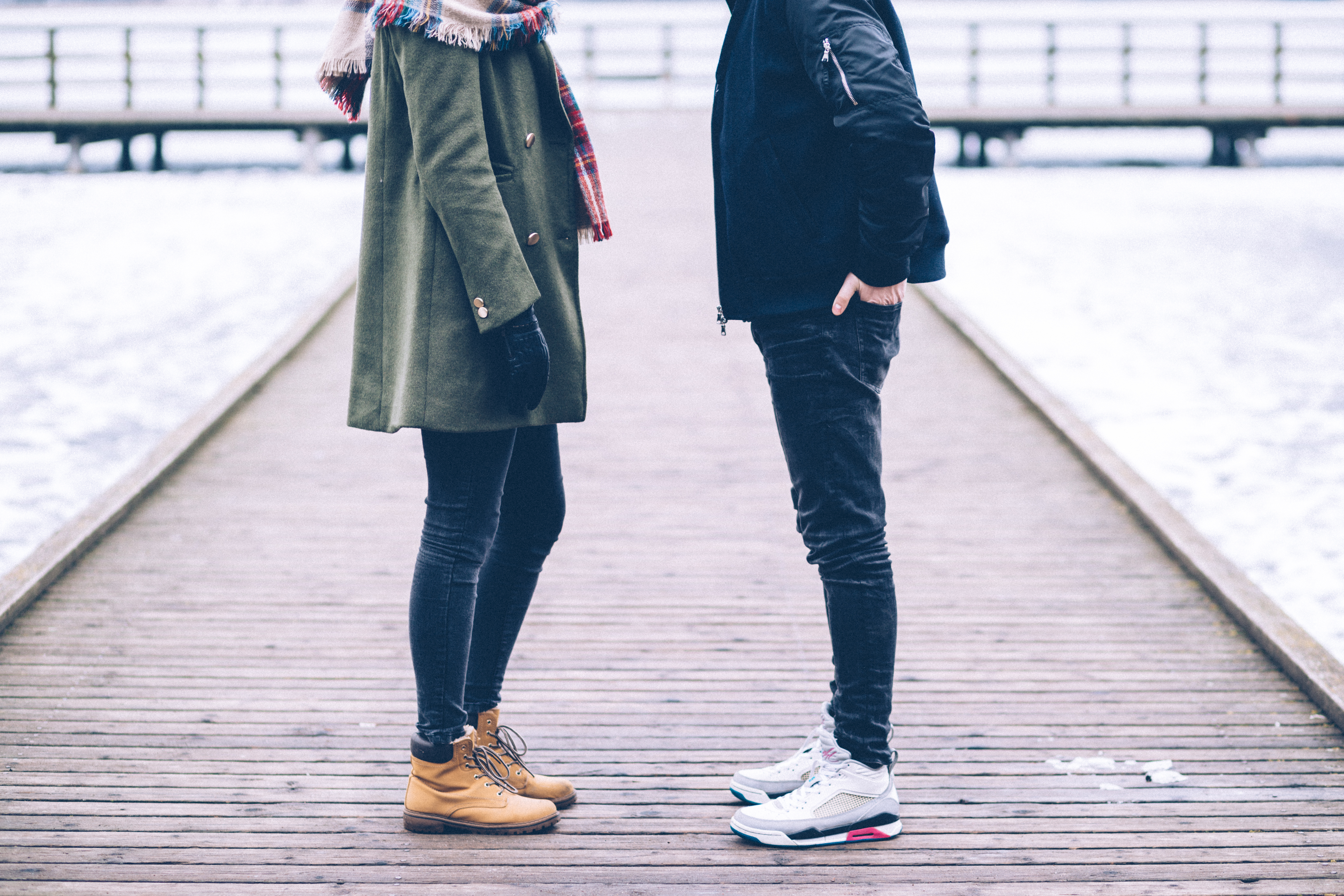 This isn’t my first time drawing comparisons between the challenges of looking for a job and looking for a boo. But after months of disappointment, I’ve finally landed a full time job that I actually want. And I feel like through this process, I’ve gained new insight.

Unemployment isn’t fun for anyone, but for me I felt like it was actually crippling. I was lucky because I had a decent amount of money saved up and supportive parents, but I was still miserable. Soon after getting fired, I felt empowered. Even though I was disappointed in myself, I ultimately knew that I wanted to be something different and felt like the possibilities were limitless with this new chapter of my life.

But as the months went on, I became less and less enthusiastic. I became anxious. I became depressed, insecure and extremely irritable. I was getting tired of putting so much effort into job applications only for them never to be opened in the first place. I was expending so much energy every day without anything to show for it. And without a steady flow of income I didn’t want to go out and spend money on events, and spent all day in my room. I wanted to be left alone. One of my closest friends paid for me to go to New York for his birthday weekend, and as grateful as I was for the gesture I still wasn’t my normal self during the much needed mini-vacation. I was quiet and never fully there because I was stressed out about finding a job. I had actually gotten an email back from somewhere I had applied to, and was pre-annoyed assuming that it would ultimately be another disappointment.

Because I was unemployed, I was also uncomfortable dating. I felt like such a loser. One of the first questions people ask on dates is what you do for a living, and I didn’t have a real answer. While most guys might not care, I was embarrassed. I went on very few dates this summer, and they were all because the guy was persistent. Every aspect of my life was put on hold because I didn’t have a job.

On the few dates I went on, I didn’t feel like there was any particular connection. He shared my political views and he was sweet, but it was nothing like the butterfly-inducing, rapid heart rate, sweaty palms whirlwind that I had experienced with the last guy I was serious about. And I didn’t know what I was supposed to do. I want to be married by 27, and I’m almost 24. Am I supposed to say yes to the first guy that treats me well and seems like he could be a good dad or keep waiting for fireworks again?

A surprising number of people suggest the former. A lot of ultra traditionalists don’t place any importance on chemistry. They just think you’re supposed to find someone suitable, “learn to love them,” and pop out some babies. To each their own, but that sounds miserable to me. I can’t imagine trying to make myself love someone that I’m not naturally attracted to, and making marriage even harder than people say it is when I know what my heart is capable of. Call me crazy or a selfish millennial thot, but I would actually rather be alone than spend the rest of my life in a relationship with no passion.

It probably sounds stupid to most people, but as a general rule of thumb, I think that if you can’t relate to how crazy Karen in Goodfellas was about Henry, you’re with the wrong person.

Obviously, you shouldn’t be in a position where you’re being cheated on or holding a loaded firearm at your significant other, but you get the point. You don’t get that kind of crazy with someone you don’t genuinely love…unless you’re just crazy in general? Moving on…

While unemployed and un-baed, I also started started wondering if I’d end up another millennial failure in debt and working a menial job in retail or food service. And it’s not that I thought I was above it, it’s that I worked retail all throughout college and know what a soul-crushing industry it is. When I first started at White House | Black Market, one of my favorite coworkers was a recent graduate who had studied English. She was smart, and an extremely talented writer. She worked part time at a bank and part time at the store while she looked for her exciting big girl job. Then she started working there full time. She went from sales lead to assistant manager. I haven’t talked to her in a while and we unfollowed each other on social media, so I have no idea what she’s doing with her life. But she was in an unrewarding, uninspiring, underpaying industry that had nothing to do with her degree, and was in no way conducive to her goals.

I was terrified of ending up like that coworker. I was terrified of my potential being completely wasted, and that I would have spent 4.5 years and tens of thousands of dollars on a degree just to end up working at a mall.

I am not trying to knock anyone’s hustle or belittle the way anyone makes a living. But if that you know in your heart of hearts that you want to create, or analyze, or problem solve or do anything besides deal with rude customers and stupid colleagues all day – for the love of god; put off that service job as long as you possibly can, and keep trying.

I have a job that I’m good at, where I feel respected and valued by my coworkers and superiors. I’m doing something I believe in, and have a lot of room for advancement within the company. I’m dating someone that I actually like, and even though it’s super early, it’s exciting.

I don’t think you should settle in your career or your love life, because both are too important to spend the rest of your life wondering what could have been if you had been a little more patient. I think that relationships and careers can be too rewarding and fulfilling to settle on a job or partner that doesn’t inspire you.

« If You Think Race Relations Suck Thank A Liberal