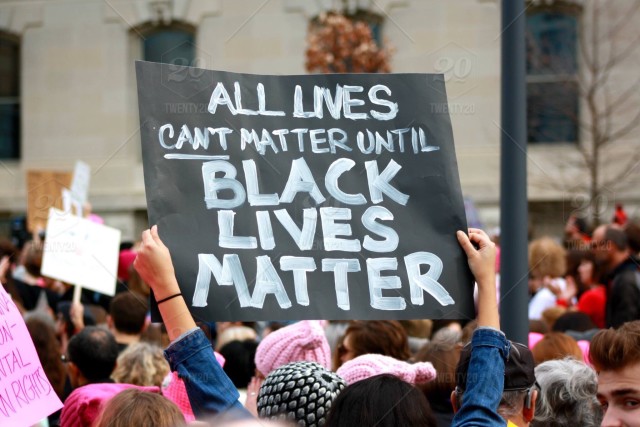 I don’t know if you’ve noticed, but race relations kind of suck right now. Well, that might not be entirely true. If you log onto social media or turn on a television, you’d probably think that race relations suck. My own life and experiences don’t confirm that, but I’ve felt myself internalizing some of what I see and thinking through a hyper racial, hyper political lens. I went to dinner with a (white male) friend recently and another white male kept staring at us from across the bar. My friend thought he was checking me out, and I wondered to myself if he was actually some alt right psycho silently seething at the sight of what he thought was an interracial couple. I’ll never know what that guy was thinking, but I definitely find myself jumping to conclusions that never even would have crossed my mind this time last year.

I don’t know how much this hyper-racial reality is fabrication vs fact, but there are two things I can say with certainty: 1) the left has created a monster and 2) the more we focus on race, the more race relations suffer.

When the left adopted the sociological definition of racism (prejudice + power), it was the beginning of the end of rational dialogue. When the definition of racism was manipulated for an outcome where only white people could be villains and only people of color could be victims, we all became intellectually dishonest in my opinion. By muddying the definition of racism, we’ve made it nearly impossible to actually detect. When someone is accused of being a racist now, I have no idea if they’re actually racist or the liberal version of “racist.” I don’t know if they want to establish an ethno-state or they just happened to be white and enjoy ethnic food. Steven Crowder actually made a great video about this.

And as we’ve talked incessantly about race and racism, and one group has been told they’re above criticism while the other feels they don’t even have a voice in the discussion, we’ve only grown to resent one another.

I’m not saying that the left is always wrong or the right is always right. Neither side can be held solely responsible. Liberals occasionally raise valid points on societal structures. But I don’t think it’s possible to ignore that the driving force behind our focus on race has been the left by and large.

From college campuses to Hollywood to the DNC itself, the emphasis on race and aggrievement has been abundant and evident in almost every institution monopolized by the left. And what do we have to show for it? We have Charlottesville, and the people in attendance. What’s heartbreaking is that many normal people are being seduced by extremism as a result of our ultra divisive political landscape.

A lot of white people are becoming just as fake oppressed as people of color. White people, like all people have legitimate grievances. For example, diversity quotas can and do easily result in qualified white male candidates being overlooked for under-qualified candidates because they give the appearance of inclusivity. That is wrong. That is institutional. That is discrimination. But a lot of the people being drawn to these extremes are just butt hurt over a classmate telling them to check their privilege in a Facebook argument. A lot of white nationalists are genuinely unexceptional people that now have a scapegoat for their frustration with their own lives. And the left has no one to blame but themselves, because they made it cool to blame all of your problems on factors outside of your control like race and gender.

The way we make America great again, in my opinion at least, is to make victimhood for losers again, judge people as individuals again, and hold people accountable again. As easy as it is to become disheartened by our political climate, I’m optimistic about the future of this country. If there is any chance at a universal rejection of identity politics, it will be thanks to assholes like Richard Spencer.

« The Virginia Governor’s Race Has A Lesson For The Right

Why You Shouldn’t Settle In Your Career Or Love Life »