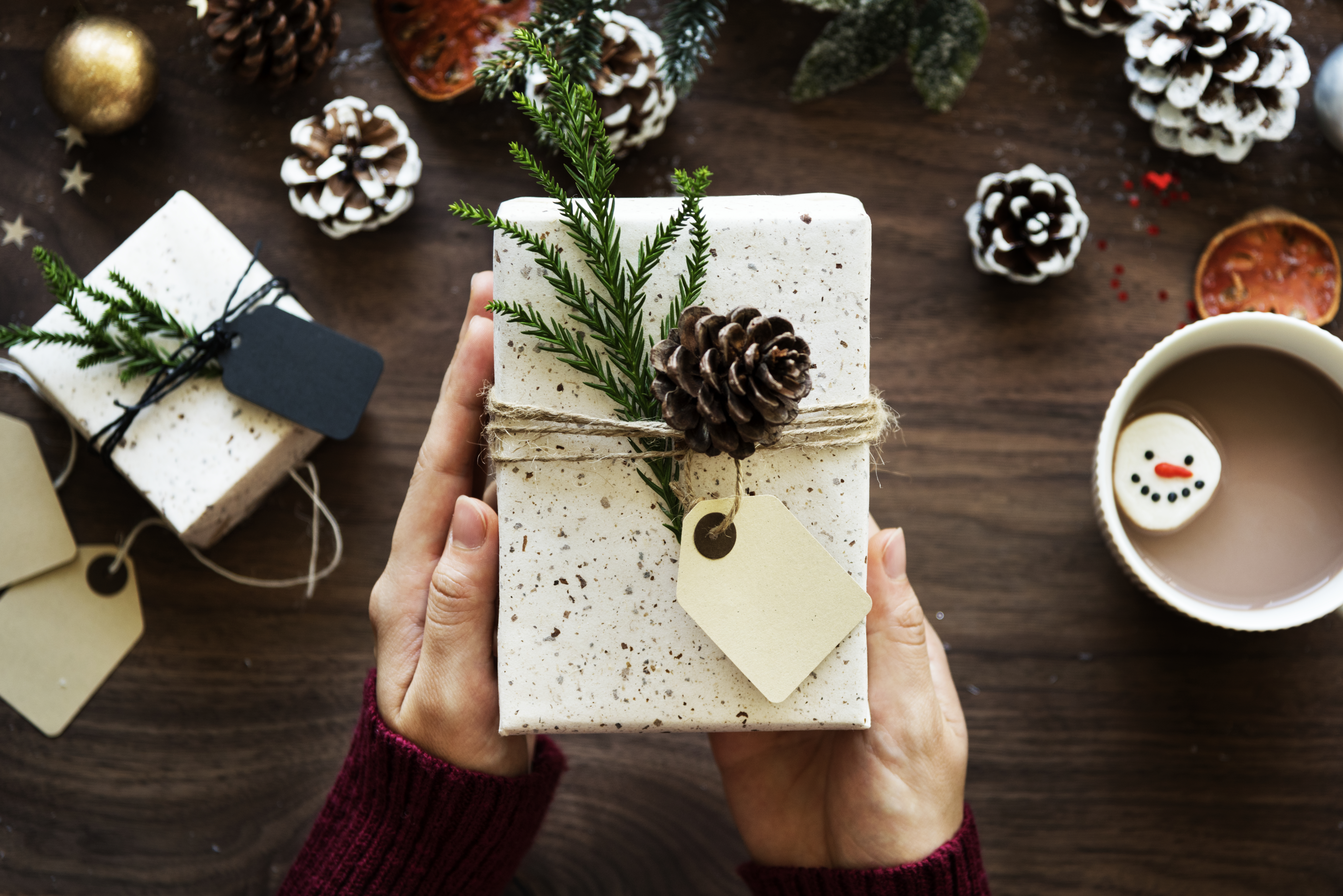 My mom always went all out for Christmas, and to this day it’s remained one of my favorite holidays. She was as extra as they come with Christmas. She would jingle bells while I was “sleeping” aka staring at my ceiling waiting for Santa to come so that it sounded like Santa’s sleigh. I swear I believed in Santa until I found a Walmart tag on one of my gifts when I was 10, and even then I still wanted to believe. Honest to God, I still cry every time I watch the Polar Express.

I love that the season lasts so long. I love seeing buildings and trees and street lamps adorned in lights for two months. I love the over the top decorations in store fronts and houses. I love the limited time festive drinks and meals that start showing up at my favorite restaurants. The weather gets colder but unless you’re a total grinch, your heart gets warmer (as do your insides as you guzzle spiked egg nog.)

And believe it or not, as religious as my family is, Christmas was never celebrated as a religious holiday in our household. We’re nondenominational Christians, and have very different beliefs on holidays like Christmas and Easter than Protestants and Catholics. While I obviously respect the origins of the holiday and that it’s very spiritual for most people, for me and millions of other Americans, it’s purely a cultural holiday.

But every year we somehow get sidetracked from the magic and beauty of Christmas and end up in heated political debates when what we should be doing is debating which filters to throw on the aesthetic af pictures we got at whatever Christmas event we went to. Are we being inclusive enough? Are we succumbing to political correctness? Are we anti-Semitic? If we cut down a tree in the middle of the woods but no one is around to hear it, does it make a sound?

I’m not about to pretend all December holidays were created equal. Christmas is the most popular holiday in the country for the entire calendar year. 90% of Americans celebrate Christmas, while Hanukkah, Kwanzaa and Winter Solstice observers account for 10% of the population COMBINED.

To me, it’s not about religion — but tradition and history. It’s about a holiday and season that has become a cornerstone of American culture and engrained in the country’s identity. To many people, I’m sure it’s not that deep. But to me, diluting that in the name of political correctness and for the appearance of inclusivity isn’t the way to go.

I say Merry Christmas, and I prefer hearing Merry Christmas to Happy Holidays, just because to me, Happy Holidays is fake woke and ultimately empty gesture that completely ignores reality. I have no idea who designs Instagram’s story stickers, but I think it’s hilarious that they spent time creating Kwanzaa stickers in the first place. And as a person that values logic, truth and efficiency, “Happy Holidays” — as a concept, not a phrase — strikes me as trivial.

But to other people, Happy Holidays is a small way to let people that may feel marginalized know that they recognize and respect their religion/culture. And I really don’t see the harm in that. Christmas will always be Christmas, and “Happy Holidays” or “Seasons Greetings” will never change that.

In a time where I feel like so many people are trying to bastardize and redefine the American identity for political purposes — I think it’s important that people of every political and religious persuasion realize how easy it is to fall into that trap. As easy as it is to politicize everything in this day and age and interpret every little thing as an attack on everything you hold dear, I think we all have a responsibility to challenge ourselves to think more critically and openly, even if that means you end up at the same conclusion you began with.

I will continue wishing everyone a Merry Christmas…but I refuse to become a right wing SJW that’s offended by the inconsequential.