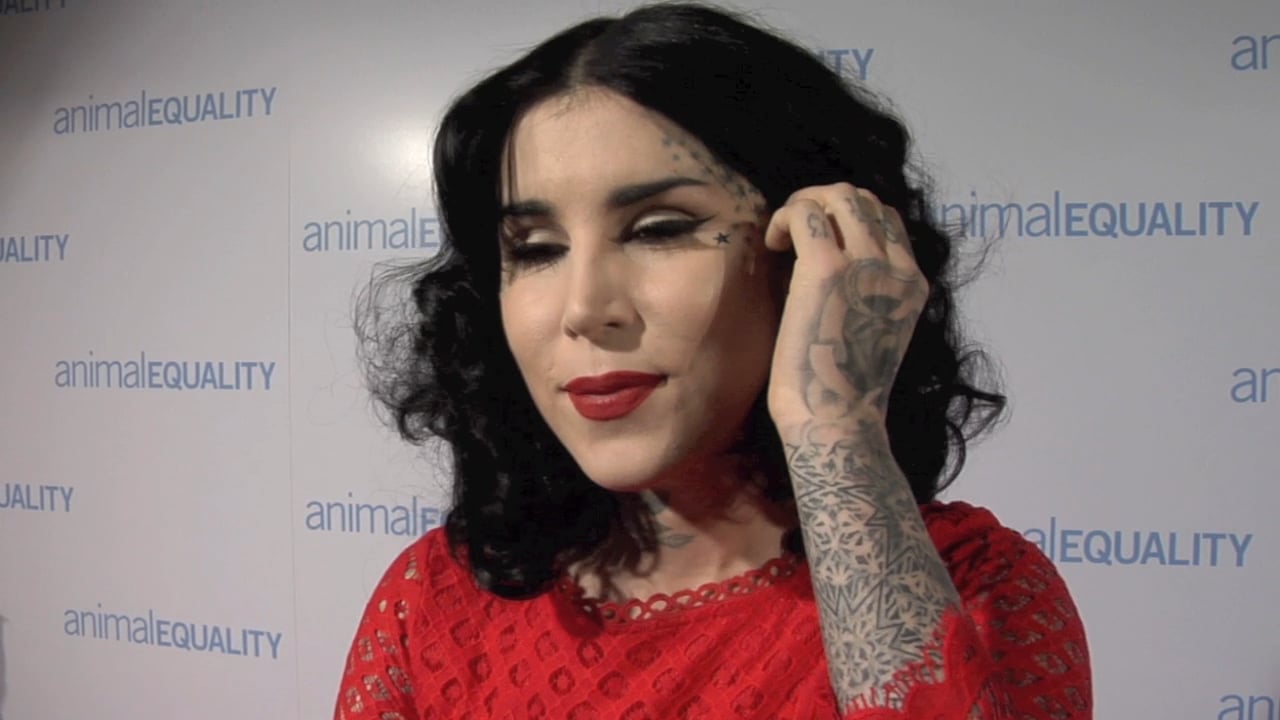 A makeup artist Gypsy Freeman from Wichita, Kansas entered and won a contest sponsored by Kat Von D but was later “disqualified” over a pro-Trump Instagram post from Election Day. Kat Von D later allegedly DMed Freeman on Instagram to withdraw her invitation to the launch party, included in the contest’s prize. I say allegedly because I haven’t seen the screenshots myself; but here’s how multiple sources have reported the conversation:

Kat Von D: I drew a personal line in the sand between myself and anyone who supports that man. My launch party [and my brand] celebrates many things that Trump is against. And I just need you to know that I personally have a hard time with inviting anyone who would support such an anti-feminist, anti-homosexual/LGBT, anti-immigrant, and anti-climate change fascist such as Trump.
Freeman: I won’t be upset with you if you can’t have us there for these reasons, and I wish you the best. We would love to be there, of course, but I sincerely do understand if you decide to replace us with someone who supports the candidate you support.
Kat Von D: It’s not about inviting people based on their political stance – it’s just extremely difficult (borderline impossible) for me to be friends with or associate with anyone who would support a man who goes against everything I stand for. I would feel the same way towards people who supported Hitler, or any other fascist.

I don’t even know where to start with this. This is so wrong for so many reasons.

I’ve never been an avid fan of Kat Von D, but I was always fond of her after growing up watching her every once in a while on LA Ink. I thought of her as a cool and down to earth and really admired the way she handled herself. So I was pretty disappointed by this in more than one way.

Kat Von D and so many people in her circle claim to be all about embracing individuality, doing what makes you happy and rejecting the mainstream but apparently that stops at the voting booth. Apparently, once it comes to politics, it’s her way or the highway. That’s pretty hypocritical if you ask me, or anyone that’s intellectually honest.

What’s craziest about this is that Kat Von D and the other liberals like her probably already have friends that support Trump, and they’ll never know it. Their friends are just terrified of the consequences of admitting their political leanings, so instead of risking the loss of their social status and careers they’re content to pretend. They nod along at the dinners when Trump comes up and everyone starts airing their grievances and might even throw in a comment or two about his terrible tan or how he needs to stop tweeting.

And I don’t blame them. As someone that has been on the job hunt for months I can’t help but wonder how different my luck would be if I weren’t so outspoken, opinionated and unapologetic. I can’t help but wonder how many more friends I’d have if I just lied about who I am and what I believe. But I can’t. I’m not built like that. I’m too proud. I’d rather face rejection after rejection standing up for what I believe than have to lie and live in fear of being “found out.” But not everyone is as proud as me. And by treating Trump supporters like pariahs, the left has facilitated an environment where they think they’ve isolated themselves from “bigotry” but in fact just live among so-called bigots too afraid to speak their minds. They think this is positive, because bigots should be afraid. But forcing people to be “bigots” in private does nothing to actually change the way people think. It does nothing to address the problem of “bigotry” – and perhaps most importantly, doesn’t give any accused bigots the opportunity to defend themselves or their beliefs.

With her actions, Kat Von D has made a clear statement that she values conformity over talent – and over transparency. It doesn’t matter how hard you work or how gifted you are at your craft; if you dare stray from her narrow worldview then you are undeserving of what you’ve already earned.

I have always said that I support a private business’s right to discriminate, but I also believe that the public has a right to condemn that discrimination and make their voices heard with their wallets. I think the calls for boycott have been slightly out of hand since Trump’s election on both sides of the aisle, but I can say beyond a shadow of a doubt that I will never purchase another Kat Von D product again unless she changes her tune.

« What To Wear To A Classic Rock Concert If Your Wardrobe Isn’t Very….Rock n’ Roll