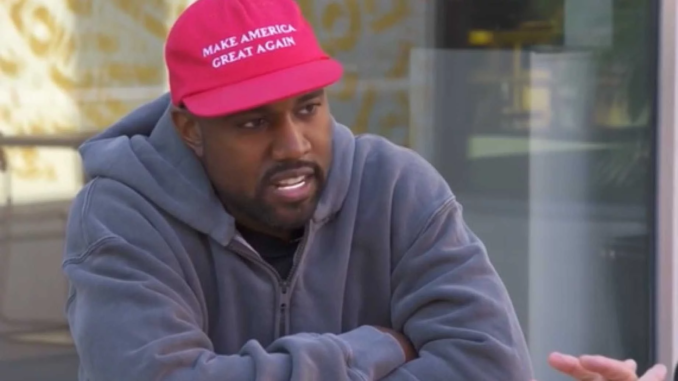 I’ve been called a lot of names for supporting the President. Coon, nigger, bitch, fugly, cunt — you name it. And I really don’t care. When I first started becoming open about my political opinions, my heart would race every time I posted something even vaguely right of center because I was already anticipating the slew of combative, derogatory, ill-informed comments I’d been subjected to before. But after a few times waking up to hundreds of belligerent randos berating you, it just doesn’t get to you like it used to. It actually goes from inducing stress to inducing comedy and entertainment. But as someone that has actually struggled with mental health for years, there is nothing more disgusting than the way I’ve seen people trivialize mental health for political points. The people that are always talking about “bAsiC hUmAn riGhts” and “be a decent human being!!!” have been anything but human or decent in their treatment of Kanye West since he put on a MAGA hat.

If you think Kanye’s dumb, fine. If you think Kanye’s an attention seeker, fine. But the way so many used his mother’s death and publicized struggles to try to invalidate his opinions and silence him is wrong on so many levels — especially from the same fake nice, fake woke assholes that pretend to care about mental health advocacy and “ending the stigma.”

Kathy Griffin posed with a bloodied, decapitated Trump mannequin. At the women’s march Madonna spoke of wanting to blow up the White House. Multiple Republicans and Trump supporters have been violently assaulted for explicitly political reasons. And Kanye’s the one deemed mentally unfit for the political debate?

In our current climate, I think we desperately need to examine how politics is affecting mental health. As someone that works in politics, I can tell you firsthand that it takes a toll on me and everyone in this world in one way or another. I think both sides have by and large dehumanized their political opponents to a point where they’ve justified the crude, the weird and the outright absurd. But to completely dismiss someone’s point of view by claiming they’re traumatized or mentally disturbed is not only completely unfair to them, but to anyone that’s struggled with mental illness.

Call Kanye whatever name you want — if I can handle onslaughts of hate from my peers and strangers online I’m sure he can too. But if you’re going to call him crazy or unstable because he disagrees with you, it’s not him that should shut up about politics…it’s you.

« I’m Conservative, I Was Assaulted, Please Shut Up

Yes, You Can Start Over »