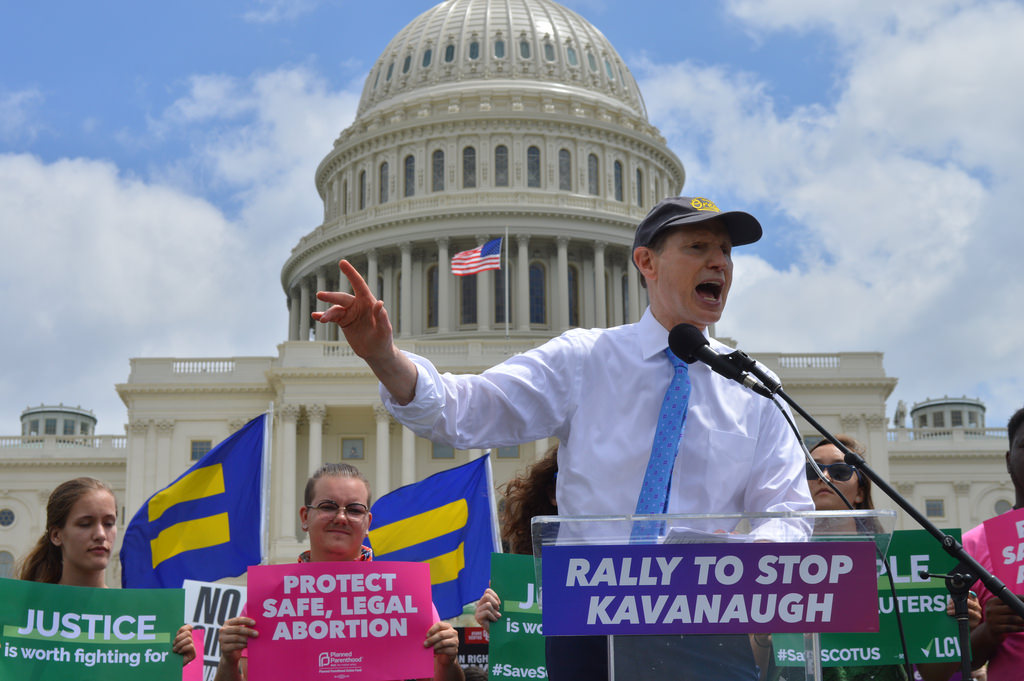 PIN IT
When I was sexually assaulted I was 15. When I became a conservative I was 20ish. And now as I approach my 25th birthday, I’m surprised by the fact that something that happened almost 10 years ago and the person I became 5ish years ago are as significant as they are right now, and how utterly disgusted I am by the people that claim to represent me or be on “my side” (whatever that means) both as a conservative and as someone that’s been sexually assaulted.
None of us know what happened at that high school party 35 years ago. But both the Left and the Right have by and large forfeited any semblance of credibility when it comes to sexual assault and exposed themselves as politically motivated charlatans that care a lot more about advancing their agendas than victims of sexual assault. And I’d respect everyone more if they’d all drop the political theatre.All of the bullshit slogans the Left is parroting about “believing victims” and “believing women” might have meant a lot more if they had treated Bill Clinton’s accusers differently or if I had seen any substantial media coverage of the allegations against Keith Ellison on CNN or MSNBC. But they didn’t, and I didn’t. The people that are acting as if the outcome of Brett Kavanaugh’s nomination is some kind of defining event for victims of sexual assault are at best misguided and at worst full of shit.

This has little to do with Brett Kavanaugh, and a lot to do with a blind, violent, all-consuming hatred towards anything and everything related to President Donald J. Trump.

Before these allegations even surfaced, opponents of the President were scouring for reasons to stop Kavanaugh. Their earliest attacks on him were based on his “fratty” name, his college drinking, and his…wait for it…charity work. People that hate Trump without rhyme or reason can’t see anyone associated with him as people — let alone without bias. The minute the President nominated Brett Kavanaugh to become the next Supreme Court justice of the United States, they had their minds made up about him. And as soon as they were given even the slightest opportunity to rationalize their blind hatred they ran with it without so much as a shred of evidence.

You can’t claim to care about social justice and embrace the “feelings first, facts later” mentality that has led to the wrongful imprisonments and even murders of so many. “Believing women” has ruined and even ended countless lives — especially black lives. But as someone that was sexually assaulted almost a decade ago and that didn’t tell anyone about it, the way I’ve heard my own friends and acquaintances talk about Christine Ford is disgusting in every sense of the word.

I can only speak for myself but when I was assaulted almost a decade ago before I’d even had my first kiss, the last thing on my mind was making my life more complicated or confusing than it already was. I wanted to go home, and I wanted to forget it happened. I didn’t want to hurt people that cared about me.

And there’s a lot I remember about that night, but there’s a lot I don’t. There were a lot of other people in the room, but I don’t remember who and everyone else was asleep. I remember looking at the clock and it being 4 something in the morning. I know I was wearing a jacket with a silver sipper and I think it was my beige one with black and gold words printed all over it. I know I was wearing a bra that snapped in the front. I know we all watched “Watchmen” that night. I think we were at a Marriott.

As the accuser, the burden of proof is on Christine Ford. But if I had to corroborate something that I’ve been trying to forget for almost a decade, I don’t know if I could. And I know I’m not lying.

I’m not one to pull this card, but unless you’ve been sexually assaulted you should probably refrain from trying to tell victims how they are and aren’t allowed to react. Because until you’re in that situation yourself, with your body and your life on the line you have no idea what the fuck you’re talking about.

My gut tells me that Brett Kavanaugh is innocent. I think he’s a good man that’s been put through hell and then some for something he didn’t do. But I don’t know what happened, and neither do you. Sexual assault isn’t a game, and nothing would make me happier than if both the Left and Right stopped treating it like one or “believing victims” when it was politically expedient.

« Can We Have An Honest Conversation About Mac Miller?