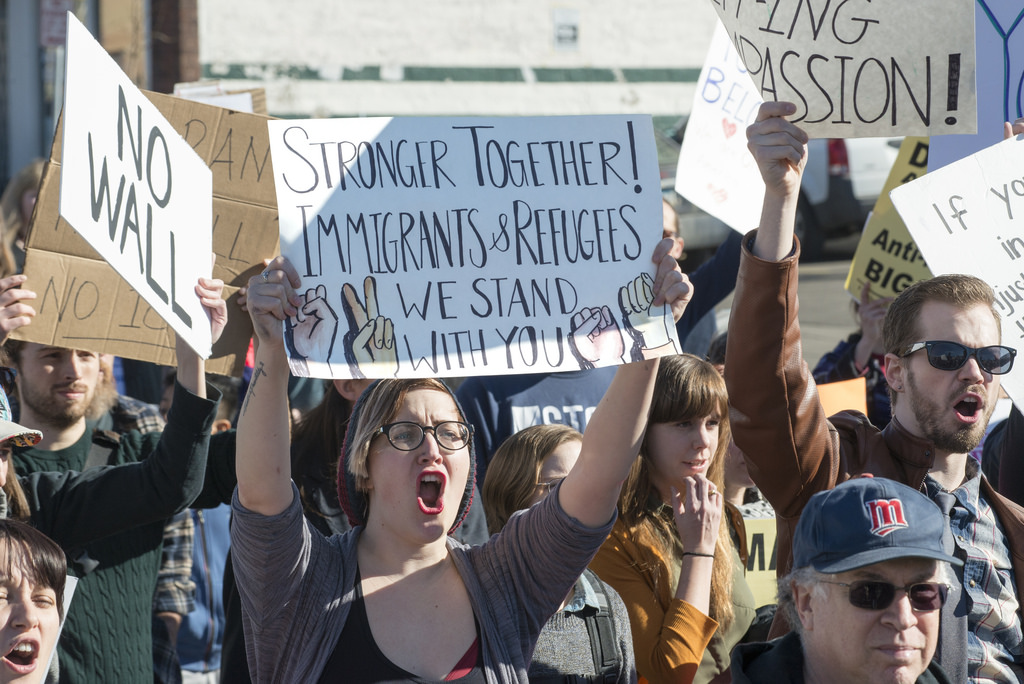 Political discourse in this country has been trash for some time now, but I personally think we’ve reached a new low following our most recent election. And if Trump gets any blame for it, it’s a microscopic fraction of the blame that falls on the mainstream media, academia and Hollywood. But I feel like when it comes to illegal immigration in particular — and DACA especially, everyone has completely lost it. So I thought I’d remind everyone of some of those stubborn facts that get lost in the midst of emotional screeching.

DACA stands for Deferred Action for Childhood Arrivals. It was an executive order signed by President Obama that drew criticism from both the right and left when it was originally signed. It granted special protections to illegal immigrants that arrived in the country before the age of 16, and basically ensured that they wouldn’t be deported. While some pro-amnesty advocates argued that it didn’t go far enough, most people (on both sides of the aisle I might add) thought Obama went much too far and took issue with him using an executive order to grant temporary amnesty to almost a million people.

I feel the need to emphasize that many of the same Democrats that are pretending we’re in Trump’s Reich right now because DACA is being threatened either were silent about it when it was first introduced to avoid controversy or openly criticized it. This outrage is ABSOLUTELY selective.

In case you’re a part time sales associate at Zara turned activist that might not be familiar with how branches of government tend to operate, executive orders have generally been designated for far less consequential policies. And side note, I have nothing against people of all career paths taking interest in politics, I just like making fun of mall cashiers turned social media revolutionaries because they’re usually the people with the most to say to me, who…you know…actually does this shit for a living. Obama’s executive order granting temporary amnesty to almost a million illegal immigrants is comparable to a college freshman using the credit card they signed up for at an activity fair for a free box of pizza to buy a BMW. That’s not what executive orders are for.

Let’s also not forget the reality of amnesty for a million young illegal immigrants. Because while it may seem like we’re just talking about 19 year olds, we’re not. We’re talking about their families. So assuming a minimum of 1 child and 2 parents, we’ve literally tripled the number of people we’re giving amnesty to. And this is ignoring the fact that Hispanics make up the smallest share of 1 child households in the United States. And before we get any further and someone tries to accuse me of being racist, I never said that all DACA recipients or illegal immigrants were Hispanic. But over half of the estimated illegal immigrant population is Mexican alone. Aliens from El Salvador, Guatemala, Honduras and the Dominican Republic make up roughly 15%. And 80% of DACA recipients are Mexican, with recipients from El Salvador, Guatemala and Honduras accounting for approximately 10% combined.

What message does that send to poor parents in Latin America and a few dozen other locations? You don’t have to guess, because when DACA was first announced there was a surge of unaccompanied minors at the southern border. Why? It doesn’t take an Ivy League degree to figure out that it’s because their parents thought they had a chance of being allowed to stay.

And if I were an impoverished mother in a violent, crime ridden country where I thought my child had a high chance of going hungry or joining a gang, I can’t say I wouldn’t do the same.

If I thought my hypothetical child had even the slightest chance of a better life somewhere else, I would do whatever I could to get them to it.

But my noble intentions wouldn’t change the fact that I was breaking federal laws or entitle me or my child to anything in the country I’d snuck into.

And the years that I got away with a crime wouldn’t somehow negate the fact that I committed it either.

I’m not saying that illegal immigrants don’t deserve empathy or that they’re bad people or that they don’t work hard. Im saying that any and every version of amnesty is always a bigger commitment than it seems like on the surface. Im saying that you’re a liar or an idiot if you think that DACA won’t just encourage more illegal immigration. I’m saying that the United States government has literally no obligation to people who are only here as the result of a crime, and that altruistic motives and emotionally charged rhetoric don’t change that.

« Don’t Let The Pundits Play You

Since We’re Still Talking About Shitholes »