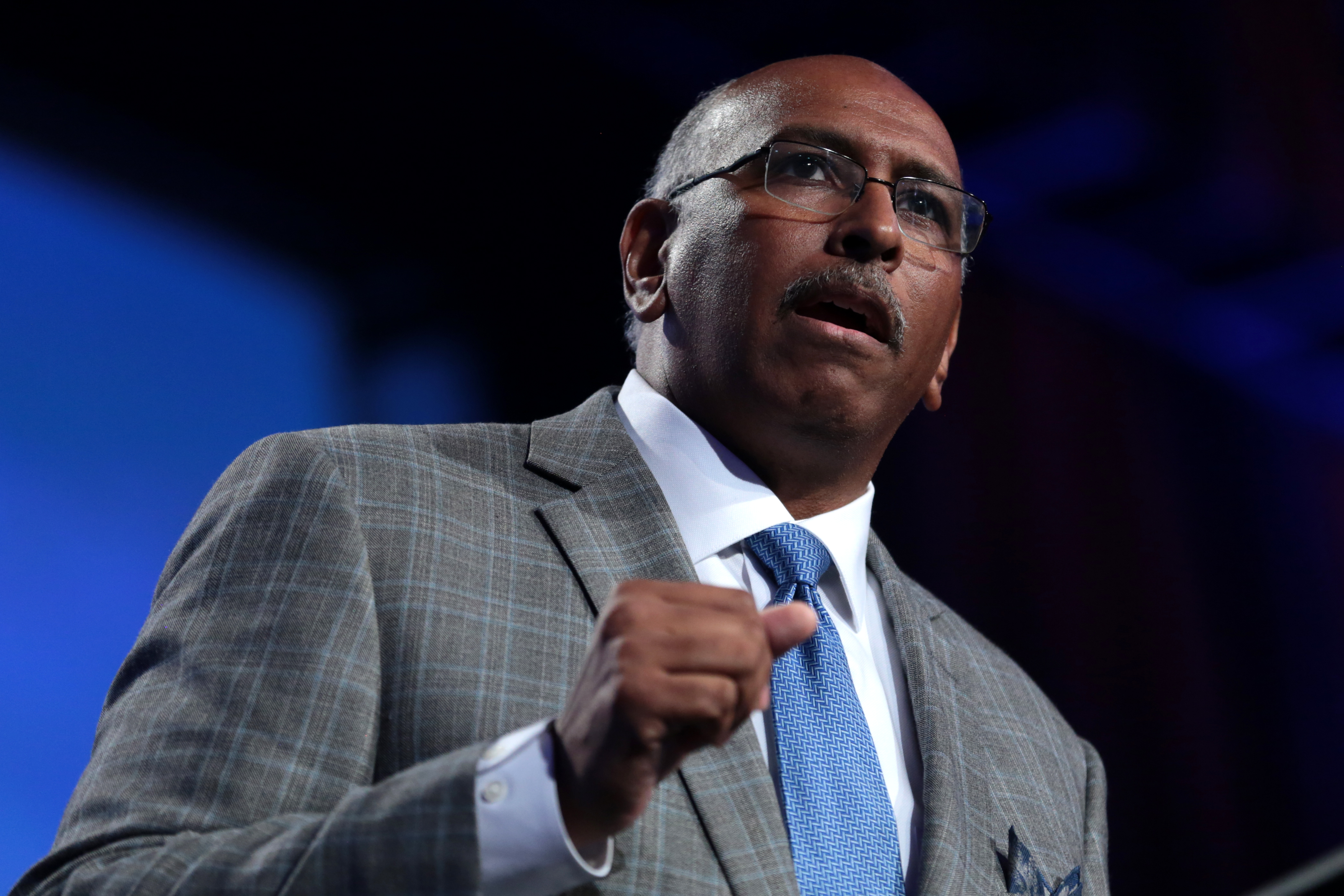 Update: After discussions with several people I’ve realized that this probably should have been 2-3 separate posts, and that different messages were muddled in my delivery. I didn’t mean to imply that Michael Steele was only a diversity hire; I was trying to express that diversity hires exist, acknowledging that isn’t inherently racist, that qualified candidates can also be quasi-diversity hires, and my general disdain for affirmative action/diversity for the sake of diversity. I wrote this blog post at 4am, and after rereading it I see how easily those many messages could have been lost in this post. Although I’m not particularly a fan of Michael Steele and I DO think his race played a factor in the decision, my intention wasn’t to imply that he was a completely random or unqualified hire.

So CPAC was last week, and if you’re unfamiliar it’s an annual 4 day bender/pep rally for conservatives and a 4 day angry circle jerk for liberal journalists and commentators. At the Reagan dinner, CPAC communications director Ian Walters said that they hired Michael Steele because he was “a black guy” and that was a mistake.

And predictably, without an ounce of consideration for context or nuance, the left and their Never Trump lackeys hopped, skipped and Olympic dived at the opportunity to scream “racist.”

But here’s a video that paints a fuller picture than the tweets we’ve seen:

Listen. I’m well aware that there are people that assume that every woman or ethnic person or gay person was a “diversity hire” and under the impression that they didn’t have to work as hard to achieve and obtain what they have. I know how insulting that is, and that actually racist losers like to use this mindset to justify what they haven’t achieved, and belittle the accomplishments of people they perceive as inferiors. If someone is a minority or a woman and more successful than them they think there must be an explanation. It’s pathetic. But I know that in some cases it’s actually true.

I’m smart. Any former colleague of mine can tell you that I work hard. But I am 100% positive that my race and gender played a crucial role in my hiring at my last job — and possibly the restraint that my superiors showed before I was eventually let go.

Don’t get me wrong — I was one of the hardest workers at my last job, and everyone that was hired in my position around the same time had comparable qualifications. I was never handed anything, and I never really felt like I was treated differently than my coworkers. But my status as a black woman was impossible to ignore.

In the name of intellectual honesty, I have to disclose the fact that I worked undercover and that my race and gender were advantageous for company purposes. I wasn’t hired so my CEO could say “look, we have a black chick” and most of my former coworkers that have grown to be my closest friends were indeed white men. But the fact of the matter is that under the pressure of social justice mobs, qualified straight white men are being overlooked for people with equal or less credentials than them for the appearance of inclusivity and wokeness.

And it happens more than people would like to admit.

I remember when I was accepted to Boston Latin School in the 6th grade. If you’re unaware, my high school is a big deal and tbh if I wasn’t such a lazy clown in high school I’m confident I would’ve went to a bragging rights school with a D1 football team that sucks because it’s full of nerds. My science teacher told me it was great that they had revoked the racial quota after a lawsuit, because I knew that I deserved to be there — and that I was there because of me, not my skin color. And she was right. She was also black.

That’s part of why I find identity politics as a whole so toxic and vapid. Because I think that people are so much more than their immutable characteristics, and that reducing anyone to that ultimately devalues their unique experience and perspective and does more harm than good.

I wasn’t hired at my current job because I’m black or a woman, I was hired because I can fucking write. That matters a lot to me. I haven’t garnered attention from my superiors or earned my bonuses because I do my job well for a woman or a black person, I’ve done so because I’m talented period, I’m smart period, and I work hard period.

I know that I garner a significant amount of attention because of the sole fact that I’m a black conservative woman, but I like to think that I have something valuable and substantive to add to this movement outside of the shock value of my race and gender. But how many people in conservative politics are only famous because they’re demographic anomalies?

And in an environment where IBM is suing their former Chief Diversity Officer — and where that title even exists — for sharing diversity hiring strategies with Microsoft, it’s obvious just how serious and widespread this issue is. But obvious truths are now unspeakable thoughtcrimes on par with the lynching of Emmitt Till.

I’ve said it before and I’ll say it again — the hysterical reaction to Ian Walters’s statement about Michael Steele is exactly why race relations are so exhausted. This instinct to pounce on the slightest lapse in judgment or misspeaking, bombard people with accusations of bigotry and revoke their livelihoods is why none of the conversations we have are authentic or productive. It’s why people are hiding behind frog Twitter accounts to call for apartheid and ordering tiki torches in bulk from Party City. It’s why black students are demanding segregated housing on college campuses. Because no one wants to have rational adult discussions. Everyone just screams “nazi” and “snowflake” until someone makes their Twitter private or makes an anonymous account where the darkest parts of them can fester and grow without being challenged.

As an organization the GOP didn’t know how to handle the first black president. They didn’t know how to effectively oppose a president that black people turned out to vote for in record highs without alienating the vast majority of black voters. So they hired “a black guy” — and learned as most often do that skin color isn’t a credential. It doesn’t make anyone more suited or capable to perform a job. And that hiring a black guy wouldn’t magically solve their messaging problems, and was ultimately a mistake.

« So You Want To Get A Job At CPAC