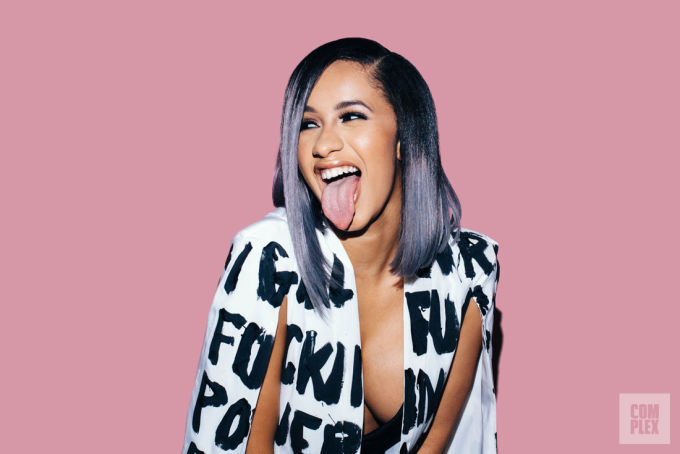 It was my junior year of college and I was at one of my two retail jobs at Boston’s Prudential Center. I was working at the small local boutique, that usually only had two or three people working most week days. I was there with my assistant manager, who was actually younger than me and that I got along extremely well with. She was hilarious. She was the rare retail manager that actually was both likable and laid back but hard working and competent. The store was virtually empty, so naturally we were both on our phones. She cracked up laughing out of nowhere, and shoved her phone towards me. “Have you heard of Cardi B?” And that’s when I heard those five famous words. “A hoe never gets cold.”

For those of you who don’t know, Cardi B is a stripper turned Instagram celebrity turned reality star turned rapper. What set her apart were her hilarious videos and obnoxious but endearing personality. She was a hoe, but she was honest about it, as well as funny and blunt. And as easy as it is for people to criticize her and dismiss her because of her “career path,” if that’s what you want to call it, it’s unfair. Don’t get me wrong. I’m not going to mince any words or sugarcoat the way I feel about sex work. I understand that people find themselves in desperate situations and do what they feel they need to to get by, but I don’t respect sex work. I don’t think it’s something that should be glamorized, normalized, put on a pedestal or portrayed as a desirable line of work. I’m not sorry and I never will be, so let’s not dwell.

That being said, I find it extremely off-putting that Cardi B as an ex-stripper is held to such a different standard than ex-drug dealer and gang banger male rappers. If you’re happy for Gucci Mane’s progress, why not celebrate Cardi’s? What’s different?

I’m not saying Cardi B is the next Kim K or a shining example, but her success is nothing short of inspirational. She came from literally nothing, and even prostituted herself for money to make ends meet. Instead of using social media to feed her ego, she decided to use it to build a brand. She made an intentional choice to be more than just another girl on Instagram with booking info in her bio. She worked her giant fake ass off.

I saw the “hoe never gets cold” video in 2015. This week, she became the first female rapper with no features to top the Billboard Hot 100 since Lauryn Hill in 1998, surpassing Taylor Swift. The craziest part? She’s turns 25 in a week and a half. This Instagram thot turned millionaire is barely a year older than me! I could try to belittle her to make myself feel better. I could beat myself up for how little I’ve achieved in comparison. I could try to make excuses for myself, or I could acknowledge that everyone’s life happens on their own time. While I was being a normal teenager, arguing with my parents and slamming Smirnoff Ices in my room listening to depressing music, Cardi B was forced to grow up much faster. 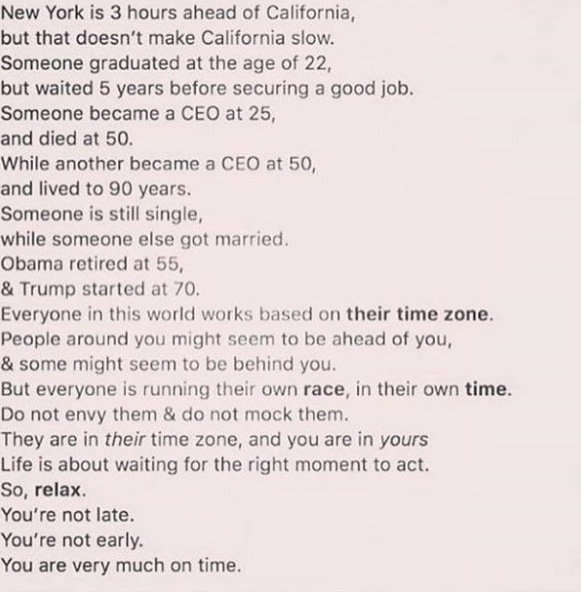 I screenshotted this off another blogger’s Instagram; I don’t know where it’s originally from.

It’s so easy to make excuses and feel trapped in this day and age. It seems like everywhere we turn, from the NFL to the Emmys we’re being told that we’re victims. We’re being told we can’t succeed and that we should settle for mediocrity. But the fact of the matter is that we live in a beautiful country where we have the freedom to forge our own futures, no matter our pasts. Instead of waiting for an opportunity, Cardi B created one. Instead of waiting for a door to open, she built her own house. No matter how you feel about her, you can’t objectively examine her story and tell me the American Dream is dead.

The whole universe is friendly to us and conspires only to give the best to those who dream and work.

« Did We Learn Nothing From Remember The Titans?

Vegas Shooting Separates The Pro-America From The Pro-Agenda »