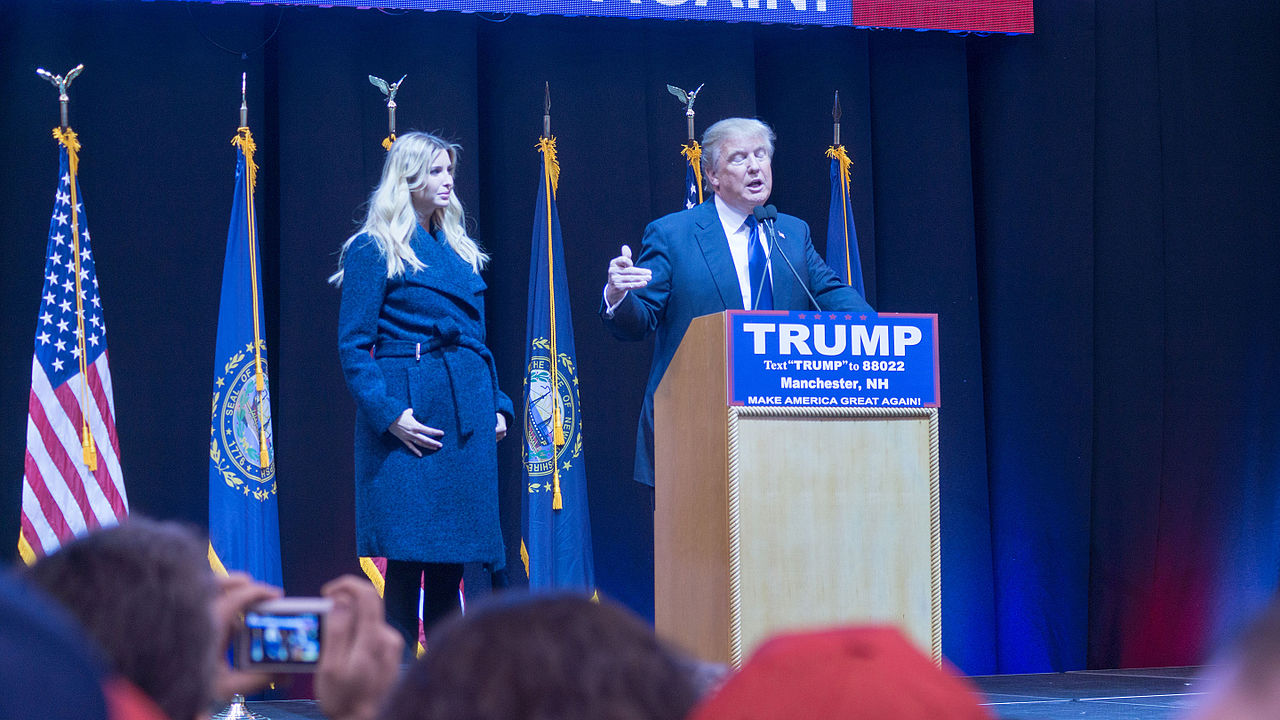 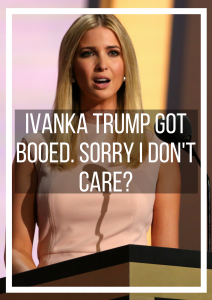 Don’t get me wrong; Ivanka Trump is great. Really. She’s a beautiful, accomplished professional and in many ways a positive role model for young women with entrepreneurial ambition. She’s intelligent, she’s articulate, and she somehow balances motherhood with her new found role at the White House and her own business. I think the way that the left has treated her has been hypocritical. So many of them emphasized the importance of not judging Hillary Clinton by the actions of her husband but they turn around and try to bankrupt Ivanka because they don’t like her father.

Every audience is entitled to their opinions and expressing them as they see fit. That being said, I don’t think it was in good taste for the attendees of the German women’s forum that Ivanka Trump spoke at to start booing and hissing at her.

But if we’re being honest, I don’t feel bad for her, because I don’t think she deserves her role in the first place. She’s a great woman and has many virtues. At the end of the day, though, I just don’t think loving your dad qualifies you for a position in the White House. I understand that Trump’s tendencies come from his business background and a necessity to surround himself with competent people he can trust. I still think he made a tremendous lapse in judgment by giving his daughter and son-in-law the kind of access they have to the White House.

And I’ll be honest with you; the majority of my qualms stem from the fact that that that both Ivanka and her husband, Jared, have extremely liberal pasts. In all fairness, so does Trump. And to an extent I don’t know if we’ll ever know where Trump really stands, but I think that besides the unyielding praise for her father, Ivanka’s speech sounded a lot more like it belonged at the DNC and RNC.

I would be less annoyed by all of this if Ivanka and Jared were keeping Trump on track with his campaign promises but it appears that they’re doing the exact opposite.

I hate to sound like a conspiracy theorist but the fact of the matter is that Ivanka is a New York liberal that has been completely shunned by the majority of her network as a result of her father’s political career. I think Ivanka loves her father and loves her country, but could be easily be taking advantage of her father’s fondness of her to try to enact an agenda that appeals more to her friends in Manhattan than the men and women that actually voted for Trump.

Our country isn’t a family business- and that’s exactly the message that voters sent in their clear rejections of both the Clinton and Bush dynasties. I hope for all of our sakes Trump recognizes that sooner rather than later.