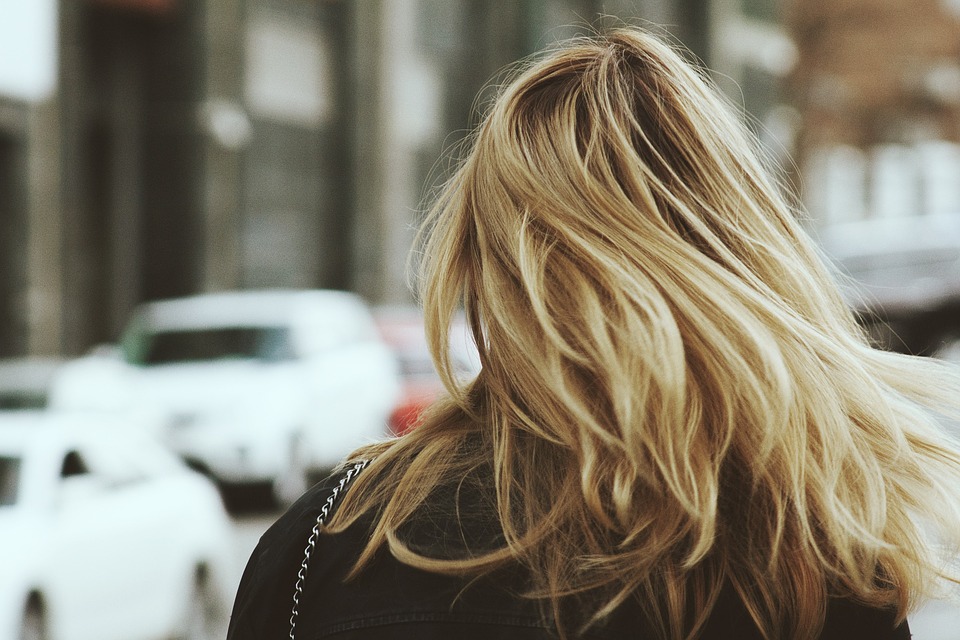 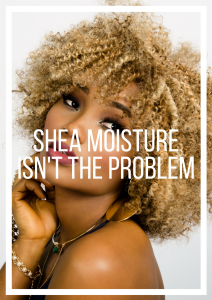 Shea Moisture is a company that has specialized in products catering to black women, and more specifically black women with natural hair. Everyone knows that there are a wide variety of hair textures across all races, but stereotypical black hair (kinky, thick) and stereotypical white hair (straight, silky) are very different and require different care and ingredients to be properly maintained.

Different products work for everyone, but a lot of the L’Oreal and Pantene products that work for Beth and Sarah Mae could do serious damage to Kiana or Aliyah’s hair. While Sarah Mae and Beth would probably look homeless if they went a week without washing their hair, Kiana and Aliyah can’t wash their hair every day because they run the risk of completely drying it out and breaking it off.

As a black woman that has worn her hair in its natural state for years now, I understand how important natural brands are. But Shea Moisture trying to broaden its market is not a slight to black women, to natural women, or to anyone.

There has been talk of Shea Moisture “changing its recipes” to suit their growing demographic, and at this point I don’t have enough evidence to either support or deny those claims. While there is no shortage of hair products for white women, I don’t think its fair to bring out the pitchforks for a company trying to make their case to other groups of people and showcase the versatility of their products. That being said, if it is indeed true that Shea Moisture has changed product ingredients to suit their new customers while forsaking the loyal customers that built their company, they’ve likely dug their own grave.

What I can speak to with certainty, though, is the commercial that they released and pulled. It featured a racially ambiguous woman with what might be described as 2c or 3b hair and two white women with straight hair. The advertisement focused on “hair hate” and people becoming more comfortable with their natural hair.

The Internet is livid with Shea Moisture’s choice of models. They feel like the company is abandoning the people that made the brand what it is today.

i buy Shea Moisture products so i can say what i want. Im not here for them including white women when their products were intended for US.

Shea moisture just hit us with the AllLivesMatter version of a natural hair commercial. they in the sunken place…sigh

The Shea Moisture fiasco should be proof that we aren't exaggerating. We really can't have anything to ourselves. THANKS Shea

Shea Moisture been drew a line in the sand, but now they're throwing the sand in the eyes of dark BW w/ kinky hair.

What on earth? Did they just gentrify Shea Moisture? Well it's been nice knowing them pic.twitter.com/ymvCi0ohe1

As a result of the emphasis that most cultures put on women’s looks, you’d be hard pressed to find a woman that’s never struggled with self esteem issues stemming from their appearance. Insecurity doesn’t discriminate, and no one is safe from it. But I have to acknowledge that in a majority white country where beauty standards are inherently Eurocentric, the struggle that women of color face- and more specifically, black women at the opposite end of the spectrum from the women that set the standard- is different than that of white women.

I am sympathetic to anyone that has struggled with their sense of self worth, but looking in the mirror and not being happy because you’re chubby or your eyes are a little too close together is not the same thing as looking in the mirror and feeling like all of the features associated with your background make you ugly. And no, having freckles or being pale are not in the same ball park at all.

Am I saying that white people are to blame for this or that black women above accountability? No. I’m just trying to provide context to an internal battle that’s hard to understand if you’ve never experienced it.

But the good news is that despite what liberals might say, I’m black, and I wear my hair naturally, and I love myself! Not because the media taught me how to or because of a commercial I saw on the internet and not because of a fake deep feminist on Twitter, but because I took responsibility for the way I felt about myself. And it’s time for black women as a whole to follow suit and shut down our collective pity party.

We’re so quick to point the finger at black men or Eurocentric beauty standards or white supremacy for any and all of our problems, when more often than not the greatest enforcers of these standards are black women. We were the ones criticizing Olympian Gabby Douglas while she was winning gold for the country and toddler, Blue Ivy because her hair was in an afro. We are the ones that insist on weaves and wigs as “protective styles” while the hair that we’re “protecting” never sees the light of day. And to be frank, the vast majority of the times I’ve been called out of my name with a racialized slur on social media, it’s been by someone the same color as me that spends all day complaining about how they’re being oppressed.

We get so offended and bent out of shape about a company “trying to appeal to white people” but spend so much of our own time trying to do the exact same thing. Everyone can pretend to be carefree and unbothered, but I know the truth and y’all do too.

I don’t think that every black woman that opts for weaves or wigs necessarily suffers from self esteem issues. But I think there are elements of our history in this country that can’t be ignored, and that no problem can be solved if the people affected by it refuse to address it.