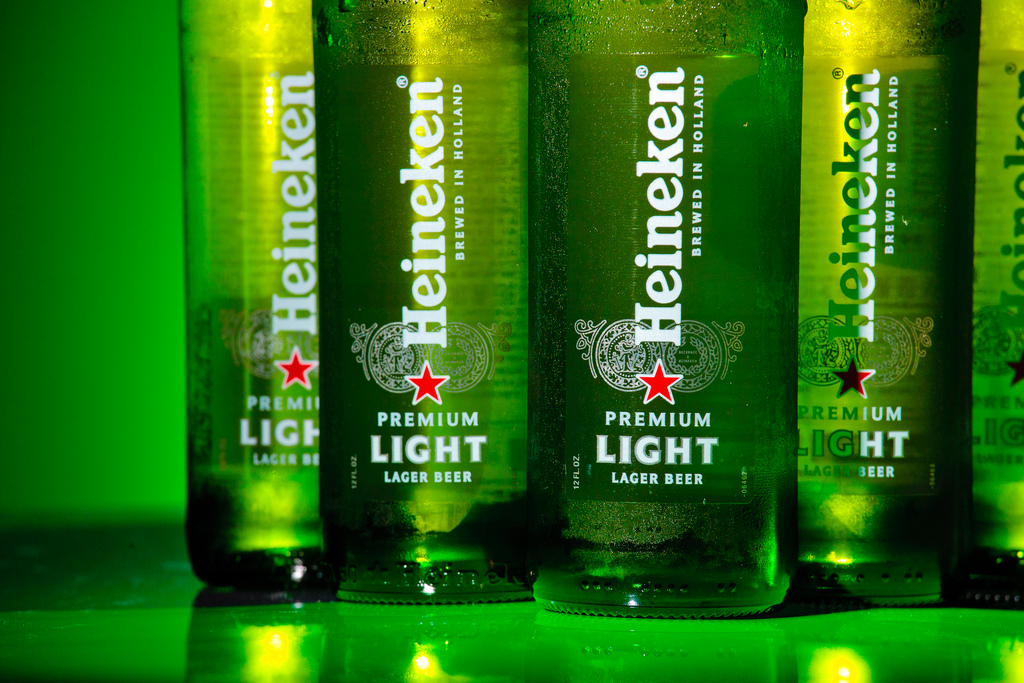 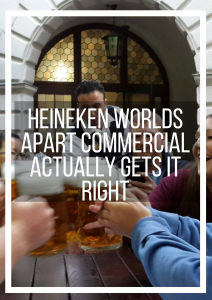 Companies going political has a habit of going terribly, terribly wrong. Last year, Bud Light’s marketing team made the decision to launch their “Bud Light Party” campaign; presumably while under the influence of their own product. They hired Seth Rogen and Amy Schumer of all people to talk about issues like transgender rights and the wage gap to promote cheap American beer, with an almost arrogant disregard for who actually buys cheap American beer. Hint: No one that thinks Seth Rogen or Amy Schumer is funny. One need look no further than the abomination that was Sausage Fest or the standup comedy that failed so miserably it prompted Netflix to change its entire ratings system. Just last month, Pepsi reminded us why even when taking remarkably popular stances, corporate advertising and politics rarely mix as intended. Who knew Heineken would be the brand to actually get it right.

I can’t get over the commercial because from planning to execution to overall message, it’s perfect. They had two complete strangers confident in their drastically opposed world views pre-record statements on their beliefs. They introduced these two complete strangers, and gave them questions that prompted them to get to know one another, empathize with one another, and relate to one another. They gave them a project that prompted them to work together as a team and further appreciate one another. And then they presented them with their own political differences – and had they led with that instead of closed, it’s worth noting that this experiment likely would have gone very differently. And after recognizing the humanity of their political adversaries, it was so much easier for them to participate in an honest and productive exchange of ideas.

So many companies are desperate to capitalize on the polarization of the modern political landscape without posing any major threats to profit or growth. As a result, there are a lot of statements being made with very little substance authenticity behind them. It’s like a compliment from Regina George; it’s nice, you guess, but you don’t believe it, and you know they want something from you.

While Heineken didn’t exactly knock down the Berlin wall with this ad, they delivered an important message in a beautiful way. Instead of trying to get fake deep and “take a stand” without really taking one, they chose to raise a simple but necessary point. We aren’t as different as we think we are, and if we put our ideologies aside for just long enough, we’d be able to communicate more effectively with one another.

« I Went to the Boston May Day Protest & I Have Questions

Is Cinco de Mayo Off Limits for Trump Supporters? »