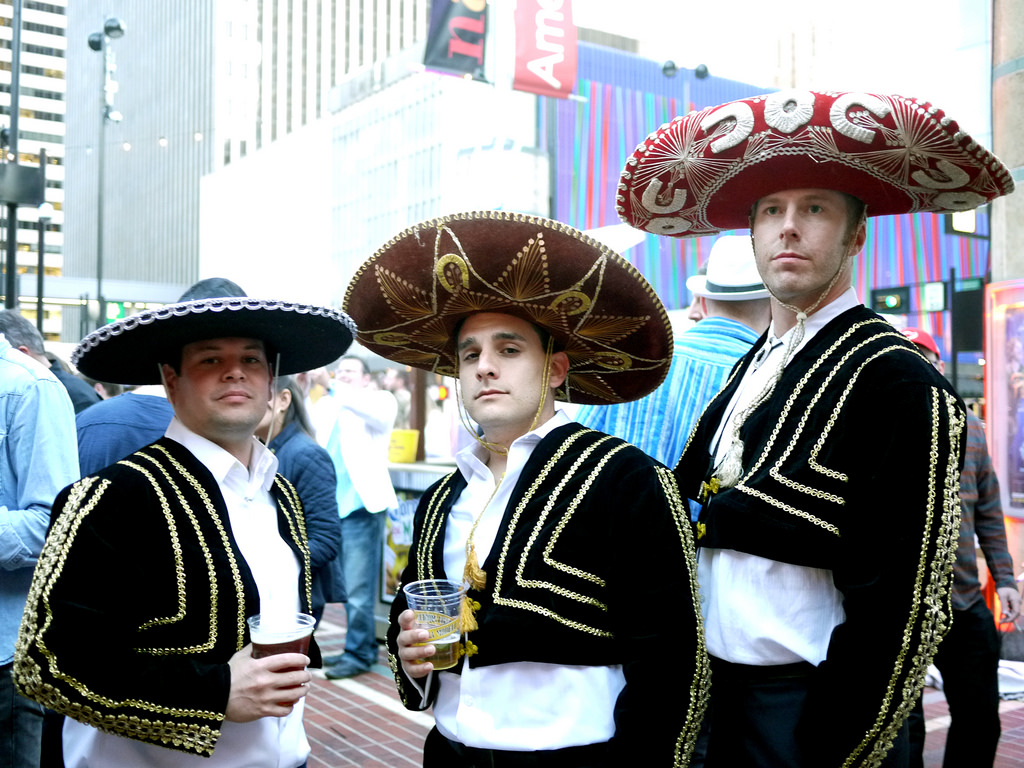 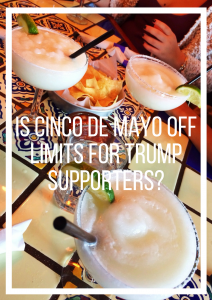 Cinco de Mayo is tomorrow, and like clockwork the tweet threads and think pieces about everyone being racist and white people being demons have started rolling in. Every time around this year, liberals pretend that a) Mexicans actually care about Cinco de Mayo b) that Americans won’t find any and every excuse to drink and throw a themed party and c) that this has anything to do with race.

All u white people who voted for trump are not allowed to celebrate cinco de mayo.

You voted for Trump but you amped for Cinco De Mayo? On behalf of my Hispanic friends, cut the shit.

One of my best friends in high school was Mexican. And not in the way that Elizabeth Warren is “Native American” – she was actually Mexican. She grew up there and everything. If I’m remembering correctly, she had an avocado tree in her backyard there. Her family immigrated (legally) to the United States when she was a kid. She explained to me that Cinco de Mayo was celebrated more in America than it was in Mexico, and that its American equivalent would be something closer to President’s Day than the Fourth of July.

Like St. Paddy’s Day, Cinco de Mayo is celebrated with much more enthusiasm in America than in its country of origin. So why are we pretending that a holiday that’s only significant because of the way Americans celebrate it is off limits to 3/4 of the American populace?

I don’t know if people have changed or I’ve just become more aware, but it seems that as we’ve embraced this culture of offense and faux outrage, both fun and logic have suffered as a consequence. We’ve become so ideologically obsessed that we’re willing to convince ourselves that this holiday is some kind of sacred, integral aspect of Mexican identity when Cinco de Mayo is really about as Mexican as a burrito? (Burritos were invented in America, in case you don’t know what I’m talking about.)

There is nothing hypocritical about supporting secure borders and celebrating a holiday that originated in Mexico. I didn’t vote for Trump because I hate Mexico or Mexicans or don’t value the contributions they’ve made both to America and the international community. I voted for Trump because I believe that American citizens of all colors, creeds and backgrounds are endangered and disenfranchised by an immigration system that favors the lawless. I don’t care if someone is from Mexico, Canada or the Czech Republic – I expect them to come here the right way. If you conflate being Mexican with illegal immigration, how exactly am I or other Trump supporters the problem? If you’ve reduced an entire population to a crime how am I the racist?

Tomorrow I, a Trump supporter, am going to get black out drunk off of margaritas. Because loving my country doesn’t mean hating another. Because “illegal” isn’t a race or nationality, and I never said it was. Because I’m an American and I can do what I want no matter how people choose to interpret it.

But mostly for the gram.