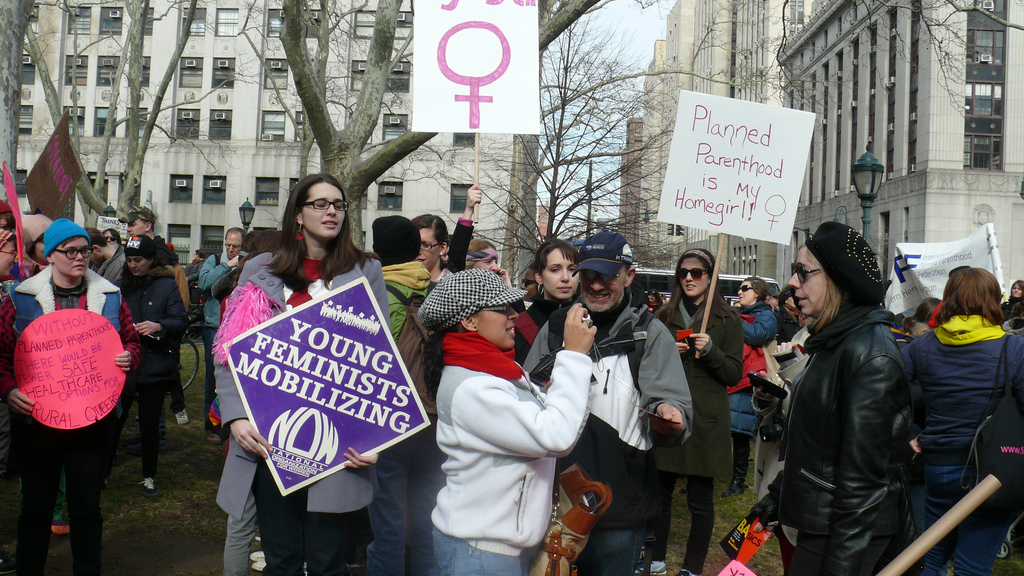 I am not a “modern” feminist.

And now, before your head explodes, give me a chance to explain.

First, a little background. Feminism has come over the United States in waves. We had the first wave, the suffragist movement, followed by the second wave of exploring sexuality and boundaries, which has led to the third wave, also known as modern feminism. I have absolutely no problem with the first wave; universal suffrage in the United States was a crucial part of making our nation what it is today. I have less agreement with the second wave, but I understand that we all have to explore and find our identity to a point. Finally we have arrived with the third wave. The feminism that includes women who tear down others because, God forbid not everyone agree with everything you do. This also includes women not even fighting for equality anymore, it includes those who want to be above men, by tearing down everything a male does as soon as he moves, and the women who walk around acting like they are victims of everything a man does.

Now, before going any further, I want to make a disclaimer that this is not every feminist I know. I have so many beautiful friends who are feminists and I love them and what they do. But it’s the ones who take it one step over the line that concern me. Modern feminism, for the purpose of this piece, is the recent movement towards not just equality, but for a creation of a new hierarchy where men are under women.

The modern feminist movement lost me the day I realized the “feminist” of the movement only cared about supporting you as a fellow woman if you agreed with them and if you were willing to aid them in tearing down those who didn’t. Especially on social media. I have seen women cruelly and maliciously attack those who did not hold the same views as they, calling them names and telling them they are against women. How are women supposed to move forward if this is what happens when women disagree? You cannot draw women to your movement by tearing them down. Which brings up another can of worms for me: how is it possible that I, a woman, is against my own gender? It is not “against my own gender” to hold strong and steadfast in my beliefs, nor is it “against my own gender” to continue to follow my passions. Being against your own gender implies that you are against yourself. It is hard to be against yourself when you are confident in what you believe in, as well as the why you think that way. As women, we should be celebrating the woman who is steadfast in her beliefs, not say she is “against her gender”. We should be encouraging each other and pushing each other to form our own ideas, because feminism should be about pushing each other to be the best we can be, not holding each other back.

Modern feminism lost me when it decided it was not about building all women up,  embracing  our femininity and not being ashamed of it, and when it decided there was a mold you had to fit to join the club. I look up to the women of the first wave, the women who partook in activism by risking their entire lives in order to make gains for women’s rights. Feminism is suppose to be about embracing the difference we all may have in the name of womanhood. Not telling someone she is “against her gender” because she doesn’t agree.

Also, I know this might be mind blowing to some, but there is more to women’s rights than not having people look at you crazy when you talk about how your armpits are now purple and sparkly. Did you know there are women in countries around the globe, like Saudi Arabia who just got their voice in their government in 2015? Prior to 2015, they could not vote. In contrast, women of the Suffragist Movement won their gender the right to vote in 1920, almost one hundred year earlier.  Yes, there are instances of sexism and such that need to be called out for what they are, but those cases are less prominent here than in other countries.

So, to the third wave of modern feminist, call me when you decide to be for ALL women. When you stand up for the dignity of ALL women, regardless of political affiliation, religion, or background. Until then, I will not call myself a feminist, because you have tarnished the name for me. And with that, I want to leave you with the words of Carly Fiorina:

“To young girls and women across the country, I say: do not let others define you. Do not listen to anyone who says you have to vote a certain way or for a certain candidate because you’re a woman. That is not feminism. Feminism doesn’t shut down conversations or threaten women. It is not about ideology. It is not a weapon to wield against your political opponent. A feminist is a woman who lives the life she chooses and uses all her God-given gifts. And always remember that a leader is not born, but made. Choose leadership.”

« The Strength In Weakness