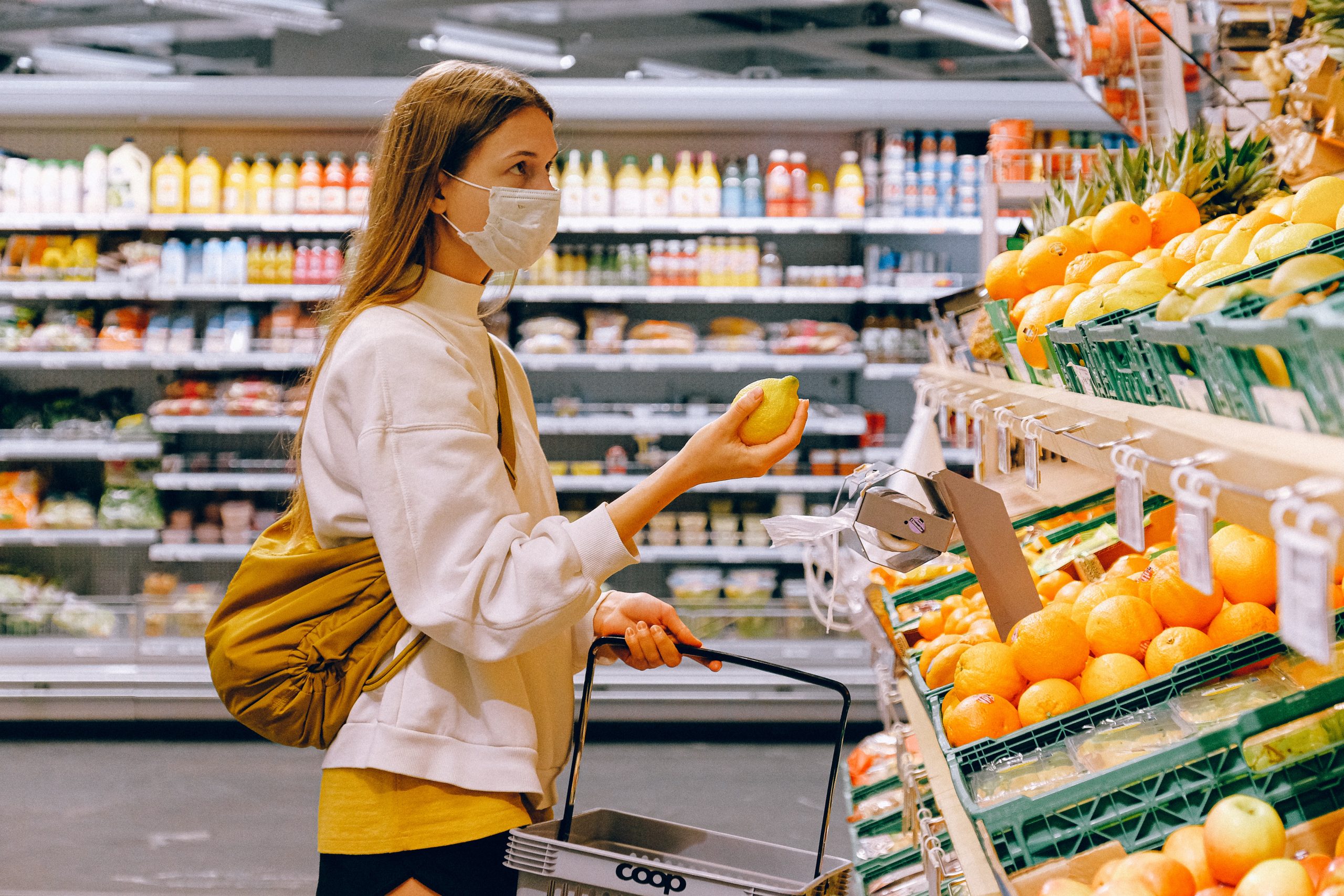 Remember that socialist “equity vs equality” video Kamala Harris tweeted out the night before Election Day?

There’s a big difference between equality and equity. pic.twitter.com/n3XfQyjLNe

It was basically a long winded version of this cartoon that you’ve probably seen some variation of if you’ve ever taken a sociology class. 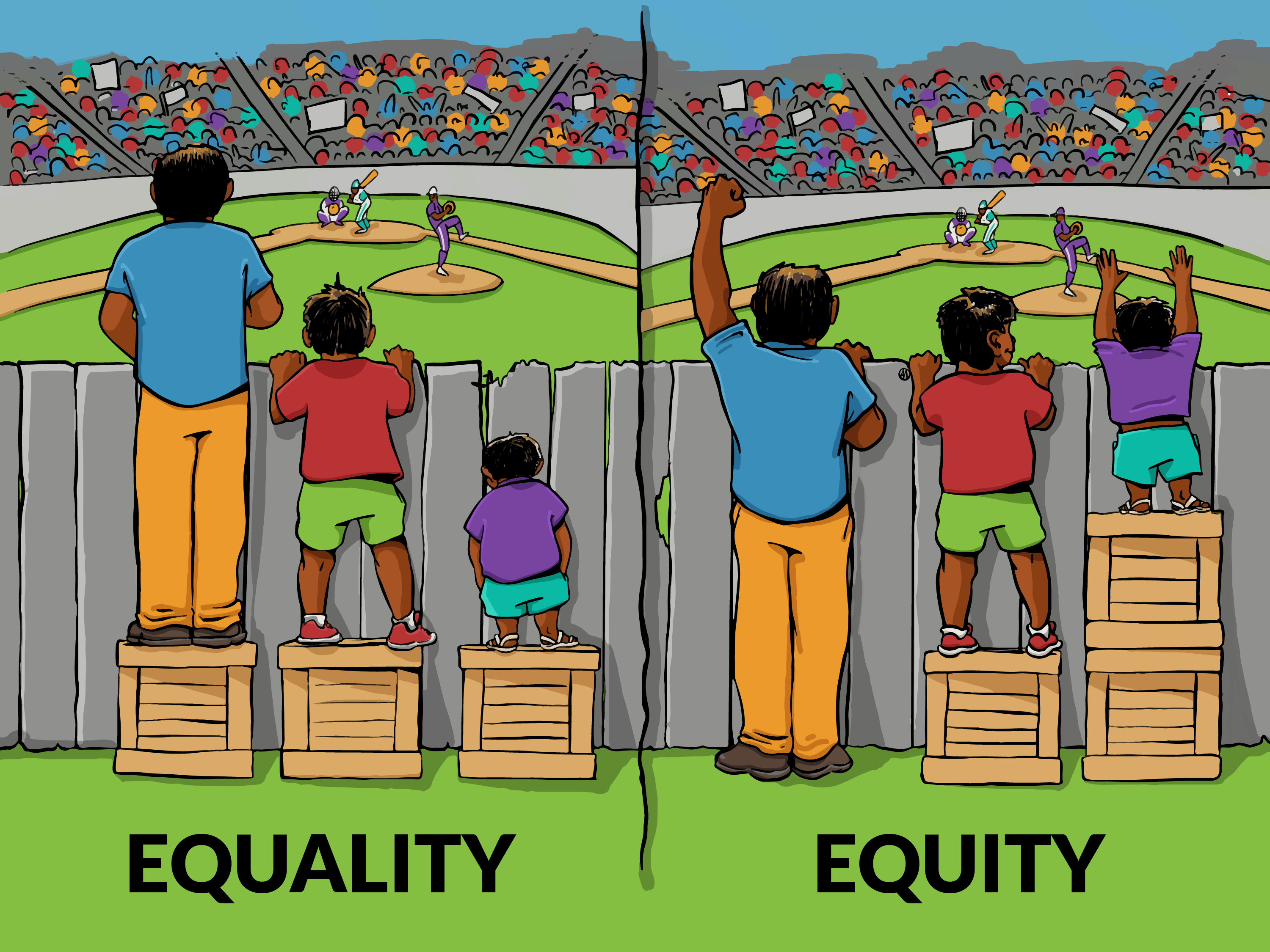 In the ongoing debate around stimulus checks, I find it painfully ironic that so many of the same people that hold the “equitable” worldview have completely abandoned it at one of the few times it actually makes sense and could be applied practically.

The stimulus checks should be going to the people that actually need them. The ones who lost jobs and still can’t find work, or have had their hours or wages drastically reduced because of coronavirus. But we’re talking about sending anywhere from $600 to $2000 to over a hundred million people just to say we did. And it’s ridiculous.

I understand that earlier in the year, the government may have chosen this indiscriminate approach in the name of “progress not perfection” and to provide some kind of relief albeit flawed with some sense of urgency. But they set a horrible precedent, and now Americans across the country are waiting with baited breath for a second round of wasteful spending instead of asking the questions that matter, or demanding the leadership or discernment that will actually yield net positive results for the American people.

Before I’m dismissed as some kind of callous, cold-hearted capitalist that cares more about the economy than my fellow Americans, hear me out.

The first round of stimulus checks and direct deposits went to around 170 million people. Let’s make the generous assumption that of that 170 million, half were actually in need because they were unemployed and couldn’t find work or had drastically had their hours or wages reduced.

By now, I’m sure you’ve heard of the $900 billion package filled with slush funding for foreign countries and random pet projects for the United States government, and no matter which way you lean politically, you should be able to understand what’s wrong with this.

Politicians get on Twitter and Instagram and pretend to actually give a shit. They pretend they’re losing sleep at night over how to help American families, and like they’re these heroic, altruistic underdogs fighting selflessly and valiantly for what’s right. But that somehow became over 5,000 pages written and billions of taxpayer dollars spent on refugees and AIDS when millions of American citizens don’t know how they’ll feed their families through the summer.

Imagine if our leaders were even slightly competent, and all 900 billion in relief was going to the people that actually needed it. If we’re going with the half of the 170 million that received the first round, that’s 85 million people. They’d be receiving over $10,000 each. I don’t know about you, but I would rather get nothing so the Americans that need it get more.

But instead, Congress is shooting checks at the American people like cheerleaders with t shirt cannons — but they’re putting a band aid on a gunshot wound, and their short term solutions will have horrific long term consequences.

Remember that Episode of Always Sunny when a depression hits Philly and there are a bunch of poor people everywhere in mobile homes parked in front of Paddy’s Pub? And Dennis and Mac try to make a Paddy’s version of Dave and Buster’s cards, giving away a bunch of free beer to get people to come drink at their bar and end up bankrupt? That’s what the majority of the country is asking the United States government to do — and with the shoddiest logic I’ve ever seen.

“It’s not the government’s money — it’s ours! We pay taxes!”  Whether you paid $1000 in taxes or $10,000 you’re getting the same amount. Stimulus checks aren’t being distributed based on how much people have paid in taxes, so this argument holds no merit.

“We’re all experiencing the pandemic — we all deserve some relief.” This is like saying you deserve the same help as a family who had their entire home and all of their belongings destroyed by a hurricane when all you had to deal with was replacing your mailbox. Boo hoo, I can’t travel or go to bars or concerts. I have a job and financial stability. People without that aren’t experiencing the same pandemic as the rest of us, and the government should have as much energy as possible focused on THEM.

“They’re called STIMULUS checks, it’s supposed to STIMULATE the economy, and that’s what we’re going to do with our checks no matter how we spend it! It doesn’t matter if we’ve been affected by the pandemic or not!”  These newfound Latin scholars need to stop kidding themselves; the obvious objective of the stimulus was to help people who have found themselves in financial despair because of the pandemic. The people without jobs, or drastically reduced wages, are the reason the economy is in such poor shape right now, so the best way to sTiMuLaTe the economy is by concentrating relief on the people who actually need it. Your shopping spree isn’t going to give someone their job back.

“So you have a problem with helping Americans, but have no problem throwing our money at foreign countries?” Nothing would make me happier than ending foreign aid. Ok, maybe the abolition of the IRS or a giant gold-plated medieval wall with a moat, trebuchets and alligators along the border. But few things would make me happier than ending foreign aid. But just because I’m furious with the government for how they waste it abroad doesn’t mean I can’t take issue with how they waste it domestically.

So many conservatives have disappointed me with their support of this irresponsible, haphazard approach. But so-called “progressives” have dumbfounded me. They’ve been wearing shirts and shouting chants and reposting infographics about equity for anywhere from months to years. An “equitable” approach to coronavirus relief — that prioritizes those most affected — is the only one that makes sense. But now “all checks matter” even though the obvious truth clearly doesn’t any more.

« Riots For Me But Not For Thee