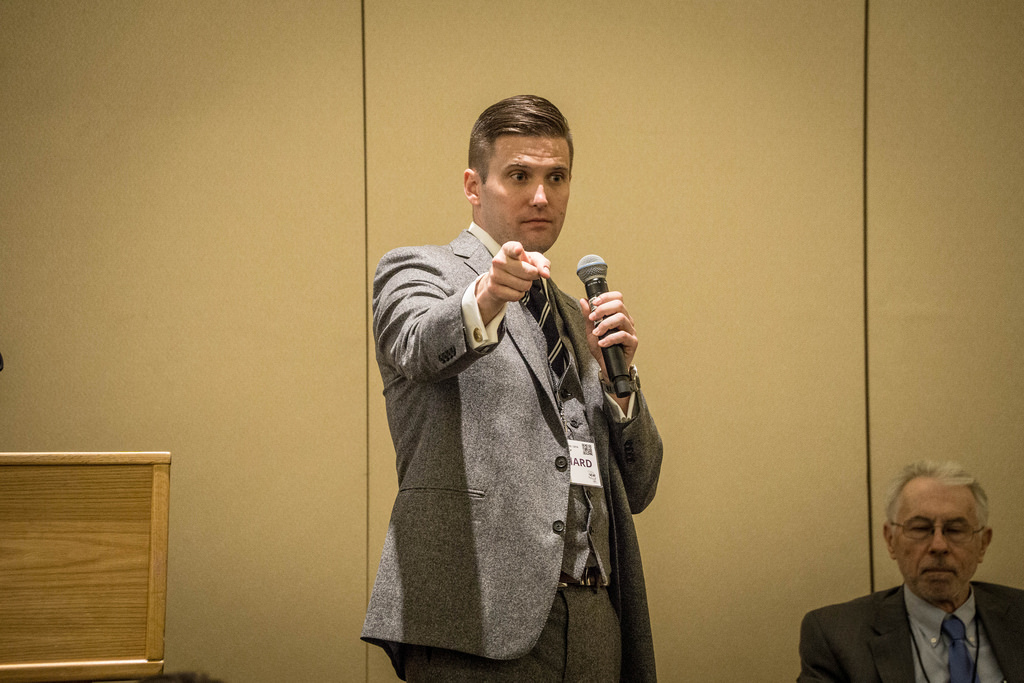 Over the weekend, a friend and former coworker of mine made headlines by interrupting an adaptation of Julius Caesar depicting the assassination of President Trump. She sparked a huge debate that both Richard Spencer and Tariq Nasheed participated in, leading me to think long and hard about the public faces of politics.

As a side note, I’ve noticed that people in politics have a habit of describing people as “friends” whenever they’re doing well or trending. I’d like to clarify that I actually know this person and I’m actually friends with them. I met Laura through work a year ago, and only really got to know her in the few months before I got fired.

Even though Laura Loomer is just now coming to the spotlight, she’s been making waves for years now. The only difference is that now there’s a face to the name. At Project Veritas, Laura was easily one of the most fearless, dedicated journalists and broke some of the biggest stories in the company’s history. Recently at Rebel Media, she put a burka on the infamous Fearless Girl statue and asked Chelsea Clinton to sign a book for Juanita Broadderick. If there’s one indisputable fact about Laura Loomer, it’s that the girl has balls. She has been steadily building traction and has been recognized by household names for her work since starting at the Rebel, but this weekend she broke the scales.

Her interruption of Julius Caesar and her following arrest trended number one on Twitter for quite some time. Prominent figures on both sides of the aisle have weighed in on the stunt, and one of the many was Richard Spencer. As you may or may not know, Richard Spencer is one of the faces of the modern white supremacist movement. I like Laura. I don’t like him, so I’m obviously biased. Richard Spencer has every right as an American citizen to weigh in on widely discussed stories and share his convoluted logic with the world. In the onslaught of opinions about what my friend had done, his stuck out to me, not because he said anything worthwhile or profound, but because at the same time, my friend was arguing with Tariq Nasheed, who is basically Richard Spencer without a degree.

They weren’t the only people to criticize her or attack her, but they struck me because I noticed the similarity in their tactics despite their worldview that on the surface seem diametrically opposed.

Are Tariq Nasheed and Richard Spencer actually that different? Not to me. Though Spencer and many of his critics identify him as far right, too many people overlook the socialism element in national socialism, or the phrase that we get “nazi” from. Racial separatists on both ends of the color spectrum advocate for collectivism and blame the majority of their problems on institutional issues. The left has succeeded in associating racism with the political right despite the fact that it isn’t an ideologically exclusive issue and in spite of their own abominable history with slavery, the KKK and Jim Crow. Though Spencer and people like him have undeniable socialist leanings, because of the stereotypes, they are somehow the right’s problem.

Both the left and the right make valid points – the right much more so than the left in my opinion – but there is room for civil, productive discussion whether or not we can reach a consensus on every issue. But Spencer and Nasheed attach themselves to movements that don’t want them and ensure that no meaningful discourse is had. As a general rule, movements are often judged by the worst they have to offer, as they are often the most vocal. But when the right is judged by Richard Spencer and the left is judged by Tariq Nasheed, no one is winning.

Tariq Nasheed and Richard Spencer are parasites in every sense of the word. We only know who Richard Spencer is because the mainstream media saw an opportunity to play up the “nazi Trump supporter” narrative after his infamous “Sieg Heil” stunt. We only know who Tariq Nasheed is because he makes Black Lives Matter look both hateful and stupid every time he tweets. The only reason either of them are famous is because they provide an avenue for opposing political contingents to make one another look bad.

In a sense, everyone that uses social media wants attention. Who of us doesn’t hope to amass an exorbitant amount of followers, fame or retweets? But in the cases of Nasheed, Spencer and every moron in between, the shamelessness and exploitative nature of their self serving opportunism can’t be overlooked.

Both Nasheed and Spencer have rights to free speech that I have no wish to impede upon. I just wish that we would stop making idiots famous.

« Not Your Grandma’s Jumpsuit