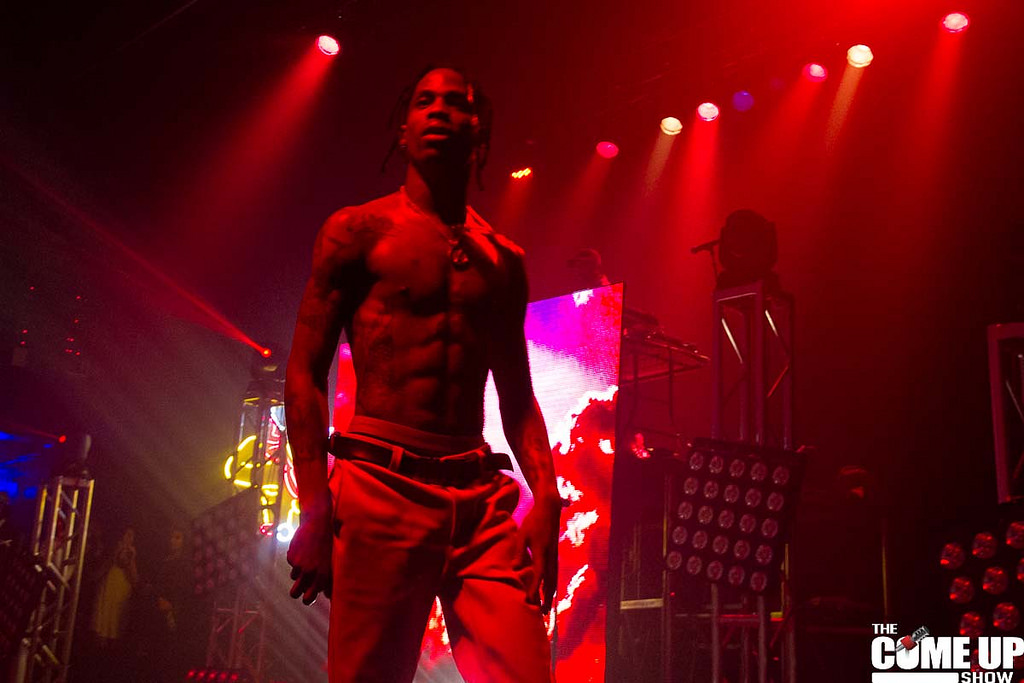 So a billion years ago, I decided I wanted to write more about music on my blog because being that I’m not a COMPLETE psychopath, music plays a huge part in my life. Actually, music played a huge part in Patrick Bateman’s life, and he was a complete psychopath 🤔. ANYWAYS, I’m trying to make #MusicMondays an actual thing again because not only will it motivate me to make a real effort to keep up with releases — it will provide a much needed distraction from the world of politics. I’m no guru or professional, but it doesn’t take diploma from Juliard or a bachelor’s from Berkelee to tell you a song bangs or sucks. Also if I get any of the features wrong, that’s Travis’s fault for being annoying and not labeling them.

1. No Bystanders ★★★★★ – I’ll say first and foremost that I didn’t pay a lot of attention to lyricism because A) I had a very short window of time to listen to the album and couldn’t listen to every song from beginning to end and B) it’s Travis Scott. The majority of the music he puts out isn’t about showcasing his lyrical skill. That being said, I was immediately blown away by his talent as a lyricist in this song. If “BYOB means buy your own boobs” isn’t art, I don’t know what is. Kidding (kind of) but this is easily one of my favorite songs on the album and also one of the few actually party appropriate bangers.

2. Wake Up ★★★★★ – This song is honestly perfect for being booed up on a weekend morning with someone you’re super into and have brunch plans with, but are considering blowing off because you just wanna stay in, make out and spend the whole day wrapped around them like a scarf. It was a great choice for a Weeknd feature.

3. Sicko Mode ★★★★★ – The Papi intro was obviously amazing and had me shooketh to my core, but the abrupt switches from beat to beat actually worked extremely well and even though I wasn’t particularly impressed by Drake’s actual verse, I still gave it 5 stars because I was just that wowed.

4. Houstonfornication ★★★★.5 – I liked this song because it was both a song you could kick back to with a blank stare on your face at 9pm on a Saturday while you contemplated whether or not you’d go out or actually pregame to. It was chillable and twerkable which is a rare combination.

5. 5% Tint ★★★★ – I loooove when rappers can take a super basic beat and make it really hit. It was a little ominous in a way that I really liked. It was like the Adams Family was on vacation at the trap house. If I was trying to create an elaborate scheme that would ruin someone I hate over a period of 8 months I think I’d start with this on the playlist.

6. Yosemite ★★★★ – for some reason while I was listening to this I felt like I was in a live action Boondocks episode because of the kung fuey vibes. I love the beat — it’s simple but creative and I think it could work for a bunch of different situations.

7. Skeletons ★★★★ – I was surprised by how much I ended up liking this song because when it started, I wasn’t expecting to give it anything close to four stars. But the beat was phenomenal and I literally couldn’t think of a more fitting choice for a Weeknd/Kanye feature. This is definitely a road trip/existential crisis jam…really any situation that you find yourself staring out of a window for prolonged periods of time.

8. Astrothunder ★★★.5 – I liked the outerspacey beat but I wasn’t a huge fan of the execution. The song wasn’t terrible but it definitely wasn’t anything to write home about. Maybe it would work for some fresh out of college hipsters putting on a fashion show? I can’t think of a lot of other real world applications tbh.

9. RIP Screw ★★★ – throughout most of this song I felt like I was both under water and in a different time period — which isn’t a bad thing. But it still left something to be desired for me at least. It definitely works for a postgame.

10. Carousel ★★★ – love the beat and the background noise but I think there’s a lot more he could’ve done with a Frank Ocean feature.

11. Who? What! ★★★ – this was one of the few songs on the album that was actually appropriate for a party — not a pregame or postgame. It was just a little boring for me when I feel like a song with a Gucci Mane had so much potential to be a fun banger to close out the summer with.

12. Can’t Say ★★★- I thought this song was okay; great for a postgame or just driving around aimlessly but I HATED the feature. Like, so much. There’s one girl from my college that I actually hate, and have had dreams about punching in the face — and I hate this feature as much as I hate that girl.

13. Butterfly Effect ★★★ – I felt like it was hard to judge this song fairly because it’s one of his older songs that I’ve heard a billion times before but I like the beat, and like most songs on this album it’s a good song for hanging out…it’s just kind of whatever.

14. Coffee Bean ★★★ – when the song first started I thought I’d be giving it one star but it’s actually not half bad (just 2/5 bad). I usually hate beats like this but he honestly turned it around. It’s the kind of song I imagine depressed skateboarders and spoken word artists enjoying.

15. Stop Trying to be God ★★.5 – I honestly kind of hate this song. It starts with him just saying random words and then there are these random zombie/ghost moans in the background, and then a damn clarinet or something comes out of left field? No thank you. Take it back.

16. NC-17 ★★ – I thought this song had a great beat and thought 21 Savage actually killed his feature (which is never a sentence I thought I’d say???) but I wasn’t a huge fan of the overall execution of this song.

17. Stargazing ★ – This song sucks. If I never heard it again in my life I would be happy.

« What Matters More Than Your Follower Count

Can We Please Stop Redefining Words for Our Convenience? »