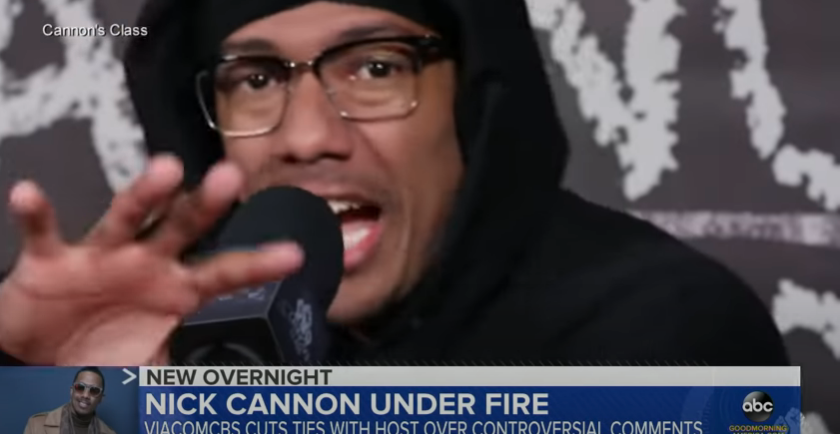 In high school and my first year of college, I was a raging liberal. But even then, the idea that the definition of racism changed based on who was perpetrating and who was victimized never really made sense to me. People would say over and over that “black people couldn’t be racist, and white people couldn’t experience racism” and I remember trying to rationalize it and wrap my mind around it to no avail. No matter how many different ways I flipped it, racism was still racism to me — no matter who was on the receiving end.

Granted, an insistence on identity politics have paved the way for some white people to seek racism and oppression where it isn’t, just like so many people of color do. I can’t take anyone seriously that points to BET or the Wayans Brothers’ infamous White Chicks as examples of racism against white people. That line of thinking has always demonstrated an infantile aversion to context and nuance to me.

But there’s something just as infantile about the willful delusion and mental gymnastics people subject themselves to in denying the existence of racism against white people, and the complete ignorance or indifference people have to its consequences.

We live in a world where people are not only completely ignoring a multimillionaire categorizing an entire race of people as “closer to animals” or “less capable of compassion” based on their skin color, but rationalizing it.

Make no mistake — Nick Cannon wasn’t fired for anything he said about white people. Every major headline I’ve seen, and critical tweet from the Left focused entirely on his remarks about Jews. He issued an apology to Jewish people but still hasn’t said anything about white people.

The left is facilitating an environment where it’s acceptable to demonize ONE group of people. It’s acceptable to be racist to them because some professor decided it didn’t actually count as racism if it targeted this one group. It’s branded as social justice, but it’s just short sighted, misguided wrath disguised as wokeness.

I remember watching footage from when Ruby Bridges was first attending her integrated school. I remember the sheer vitriol in the white rioters’ voices. “We’re the white people, they’re the negroes. Well, he said negroes but I call them niggers because that’s what they are.” They were so blinded by their hatred that they couldn’t see the monsters they were becoming. Or maybe they just didn’t care. And I fear that history is repeating itself in a horrible way. Nick Cannon’s comments applied to any other race could have easily come from a grand wizard. If the only way you can justify something is with a separate set of rules for one group of people, it’s racist by default.

I know that because I’m black, and because I stand where I do politically, people will dismiss my point of view as that of a sellout; unworthy of any serious discussion or thought. Many on the left will use the same tired characterizations to disparage my opinions. They’ll say I’m seeking white acceptance, or that I hate myself and my race.

But my opinions come from my experiences, my observations and my research. And no logical, serious or objective person can expect one group of people to be held to a drastically different standard and accept it as fair. And I’d rather be a “sellout” or “coon” than have to pretend I believe stupid things.

White people committed heinous atrocities throughout history, and they still do today. As do black people, as do Asians, as does every race under the sun.

Ascribing a “lack of compassion” or an inherent moral deficiency to an entire race of people is racist. This shouldn’t be a controversial statement. Ironically enough, it’s still racist whether you’re using the real definition of racism or the woke definition of racism because the aggressor is a multi millionaire who 1000% has the privilege and power to deny white people opportunities.

Woke R Us is obsessed with race. It’s all they ever want to talk about. But too many of them think the only conversation that should be had about race is a lecture. Just them yelling whatever they want at white people for as long as they feel like. And they can’t be held accountable or chastised for their unhinged bigotry, because they wrote the rule book with the sole purpose of validating their world views, and vilifying one scapegoat.

It’s not right, and it’s not sustainable.

Deep down, I think on some level most people know it’s wrong. But they’d rather uphold their flawed dogmas than assume any responsibility for discourse, or allow an avenue for honest and open dialogue because they know it will require shutting up and accepting the possibility of being wrong.

But the longer we pretend racism against white people doesn’t matter or doesn’t exist, the more resentment our society will foster, and the more danger our republic will be in.

You either oppose hate or you don’t. If you’re picking and choosing when to care about prejudice based on the group affected, you’re a hypocrite that lacks compassion — not because of your melanin but your individual ethical bankruptcy.