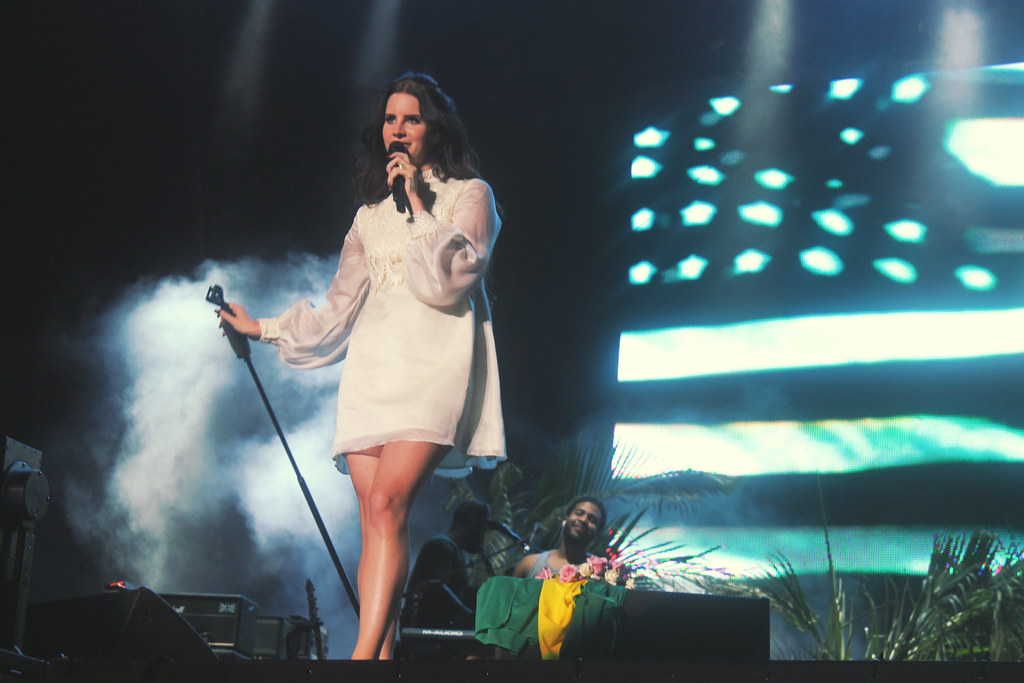 Lana del Rey has honestly always annoyed me. I never liked her shtick. She reminded me of every girl in high school that thought they were deep because they had a black and white tumblr blog and watched Eternal Sunshine of the Spotless Mind. To me, she was trying so hard to be unique and complex that she was a parody come to life. She was Rupi Kapur put to music, written for women that started smoking cigarettes for aesthetics. I know most people won’t agree with me — and that it’s especially ironic coming from me as a board certified and recovered attention seeking hipster, but that’s how I felt.

Don’t get me wrong, she’s had her moments. I have some of her songs saved on Spotify. But my opinion of her really only evolved from a strong aversion to a varying indifference.

I listened to her most recent album because I like getting to know people through the music they listen to, and it was a favorite of a romantic interest.

Even then, all those years later, with Lana in a new stage of music and me in a completely different stage of life, I remember feeling the same way I did back in high school and college. I think the lyric that really did it for me was “if he’s a serial killer what’s the worst that can happen to a girl who’s already hurt?” Like JFC. We get it, you watched Skins and owned Doc Martens. And I’m saying that as someone that literally has the entire Skins UK series on DVD and owned Doc Martens.

It sparked a lot of controversy because people felt like she was attacking successful women of color and also drawing on historical characterizations of black women as aggressive and “strong” and white women as delicate to not only degrade the success of others, but make it about herself.

She also more recently posted this as a follow up.

As I was writing this, I was wondering what people expected me to say. Did people just expect me to defend her because it was the opposite of what all the black liberals were doing? Did they expect me to attack her as a black woman? Did they expect me to validate their own reactions for them? Or did they actually expect something that at least made a sincere attempt at critical thought and nuance?

I don’t know if there’s a cut and dry wrong or right answer here. The older I get, the less black and white these things seem to me. There are people that are looking for reasons to be offended. They interpret everything through a lens of oppression, and seek out racism where it doesn’t exist to confirm their world views. There are also people that refuse to understand bigotry outside of its most extreme manifestations. They think you have to be in a white robe or screaming a hard R at the top of your lungs to perpetuate racism, when in reality, it can be a lot more subtle.

I was annoyed with Lana’s post initially, not because I thought it was racist, but because I thought it was narcissistic, self pitying and obnoxious. It was such an “I’m not like other girls” post that was particularly irritating because Lana del Rey is indeed like other girls. Yes, sex sells — especially in music. Lana knows, she sells it herself. I’ll never forget when every girl was abusing her “my pussy tastes like pepsi cola” lyric. I wanted to kill myself.

Yes, women are singing about sex. Women are also singing about being vulnerable, and hurt, and in toxic relationships. And they’re praised and criticized for both. Some of that is warranted, some of it isn’t, and most of it is subjective. But if you create anything worthwhile or meaningful or substantive or take any real risks in life — artistic or not — you (and your work) will be praised and criticized. At Lana del Rey’s level of celebrity, she probably should have adjusted and stopped whining about it a while ago.

Sure, sexual songs performed by women can top charts. And in movies and television, we see these “strong female characters” that are empowered and independent. Homemakers and stay at home moms are belittled and mocked in some areas of the internet and pop culture — but also often sit atop the social hierarchy. In the real world, outside of Twitter and Medium, women aren’t usually chastised for being “soft” or “delicate” or traditionally feminine.

Lana using her experience as an alternative singer musing about her fucked up relationships to wax poetically about institutional persecution of “women like her” is like me using the one time I was bullied as a kid for having big lips to establish a narrative of a societal rejection of the feature even though a new lip injection procedure took place every 20 minutes in the United States as of 2016. I wouldn’t be surprised if current data brought that number closer to every 5-7 minutes.

As far as the targets of Lana’s ire, none of us can really say what her intention was. But the tropes of the “strong, confident, independent” black woman and the helpless “damsel in distress” white woman weren’t dreamed up social justice theories — they have real life effects and real life consequences.

These theories could have been what almost killed my mother when she was having her gallbladder removed, and no doctors were listening to her until my grandmother used her connections at the hospital. Maybe they were just bad doctors. Maybe when all contributing factors were considered, they had almost killed just as many white people as black people. But the statistics about black women’s near death experiences and actual deaths in hospitals tell a different story, and maybe because my mother was perceived as a “strong black woman,” doctors dismissed her and assumed she could take whatever pain she was in. Maybe the truth was somewhere in the middle.

The thing is, everybody is a little bit of a bigot. To varying degrees, we all make generalizations about others. And a lot of the times, we don’t even realize it. It doesn’t mean we’re bad people. It just means we all have to put in some work now and then to make sure we’re judging people for who they actually are, and not who we assume they are.

So it’s very possible that while naming artists, Lana del Rey was operating from a subconscious racial bias. It’s also possible that she randomly selected top charting female musicians. If you’re an honest person and a critical thinker, you’ll rarely find yourself in situations where you can slam down your gavel and declare whether or not something is motivated by, or the result of bigotry. All you can really do is ask questions, and be open to new information as it presents itself.

I’d like to encourage both the social justice types “racism ended when the slaves were freed” types to do just that. I’d like to encourage them to be more receptive to dialogue that challenges their existing beliefs, and to process information as it’s written, and not as its potential to confirm or deny what they already believe.

All of that to say, the people most critical of Lana will never be happy and those most defensive of her will never admit when she’s wrong. But I honestly don’t fault her for her braindead, elementary response because the people maddest at her generally aren’t worth apologizing to. They’re impossible to please and have no genuine desire for mutual understanding or forward progress. And when you’re arguing with people that can’t be pleased, you never come out stronger.

All Joe Biden Did Was Say the Quiet Part Out Loud »