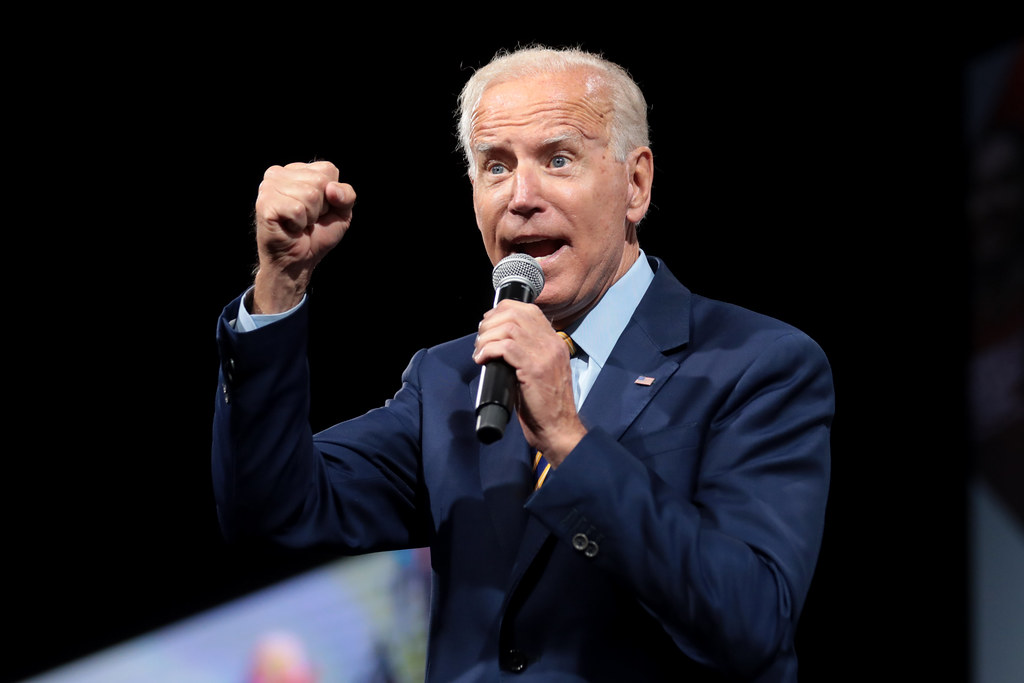 “If you have a problem figuring out if you’re for me or Trump, then you ain’t black.” That’s what Joe Biden said at the end of an interview with Charlamagne from the Breakfast Club last week.

I know I’m late on this, but I didn’t want to publish anything on Memorial Day and was so distracted and sleep deprived yesterday that I forgot to publish this.

The idea that black Americans owe the Left their allegiance is nothing new. I wish I’d kept a running tab of all the times over the years that I had my blackness questioned, mocked or “revoked” because of my political beliefs.

Joe Biden has been heavily criticized for his comments, and apologized. But the only reason Joe Biden had to apologize was because he’s Joe Biden. He’s one of the highest ranking members of the Democratic Party, the presumptive presidential nominee and a white man older than time itself with a record that reflects that. He’s not exactly in the best position to demand voting loyalty from black Americans and come out unscathed.

Liberals of all colors are running to his defense, “whatabouting” themselves to death, and making excuses for this egregious gaffe. But again, it’s only a gaffe because of who said it.

The general consensus on the Left is that Biden is right, and there plenty of talking heads that can get away with saying what he said.

More than anything, I hope Biden’s comments prompt a deeper conversation about the “black vote,” what it means, what it should mean and the unearned sense of entitlement and ownership so many liberals have towards black voters.

When the black vote is framed as some homogenous extension of the Democratic Party, or some kind of automatic 2-4 year deposit to the Democratic Party, or a platform created in the cafe car of an Acela that revolves around the same 3 crime/poverty issues, no one has to be held accountable. No one has to answer for their failures, and no one has to offer anything of substance. They’re able to dust off the same, empty talking points election after election, call their opposition “racist” and then get right back to the status quo once the votes are in.

I realize that my personal preferences don’t determine what’s effective. Just because I might not be the biggest fan of the rhetoric and tactics that prominent black conservatives use doesn’t mean they don’t serve a purpose. Sure, I die a little on the inside every time I hear the phrase “democratic plantation” — and honestly think it’s time for a more complex conversation on this subject — but I’m not saying it doesn’t work, or that it hasn’t been useful.

My issue is when black conservatives turn around and enforce the idea that immutable characteristics like race should determine who someone votes for — but it’s okay or somehow different when it’s for their agenda while they rail against that very same attitude on the left.

Black Americans aren’t a monolith. Sure, different issues affect different demographics at varying rates. But there is no “one size fits all” policy package — or political party — for black Americans, or white Americans, or any demographic subset. I don’t want everyone who looks like me to think like me. I just want them to think for themselves.

Well, actually, we’d be better off if everyone thought like me no matter what they look like, but that’s not the point. I know some of you are slow, so just to be clear, that was a joke.

I earnestly believe that Trump has been so successful in setting record lows for black unemployment because he wasn’t trying to. He wasn’t sitting there asking himself or his advisors “how do I help the black community?” He was doing what was best for our country, and pursuing policies that made ALL Americans better off. And with his colorblind course of action, he did just that.

Black Americans aren’t a special interest group. Our issues are America’s issues and America’s issues are ours. We all have our own unique experiences that make us who we are, and the sooner black Americans embrace their individual, unique voices, the sooner liberals like Joe Biden will realize they don’t have a monopoly on the so-called “black vote.” It has to be earned, like everyone else’s.

If a Riot is the Language of the Unheard, What Are You Trying To Say? »