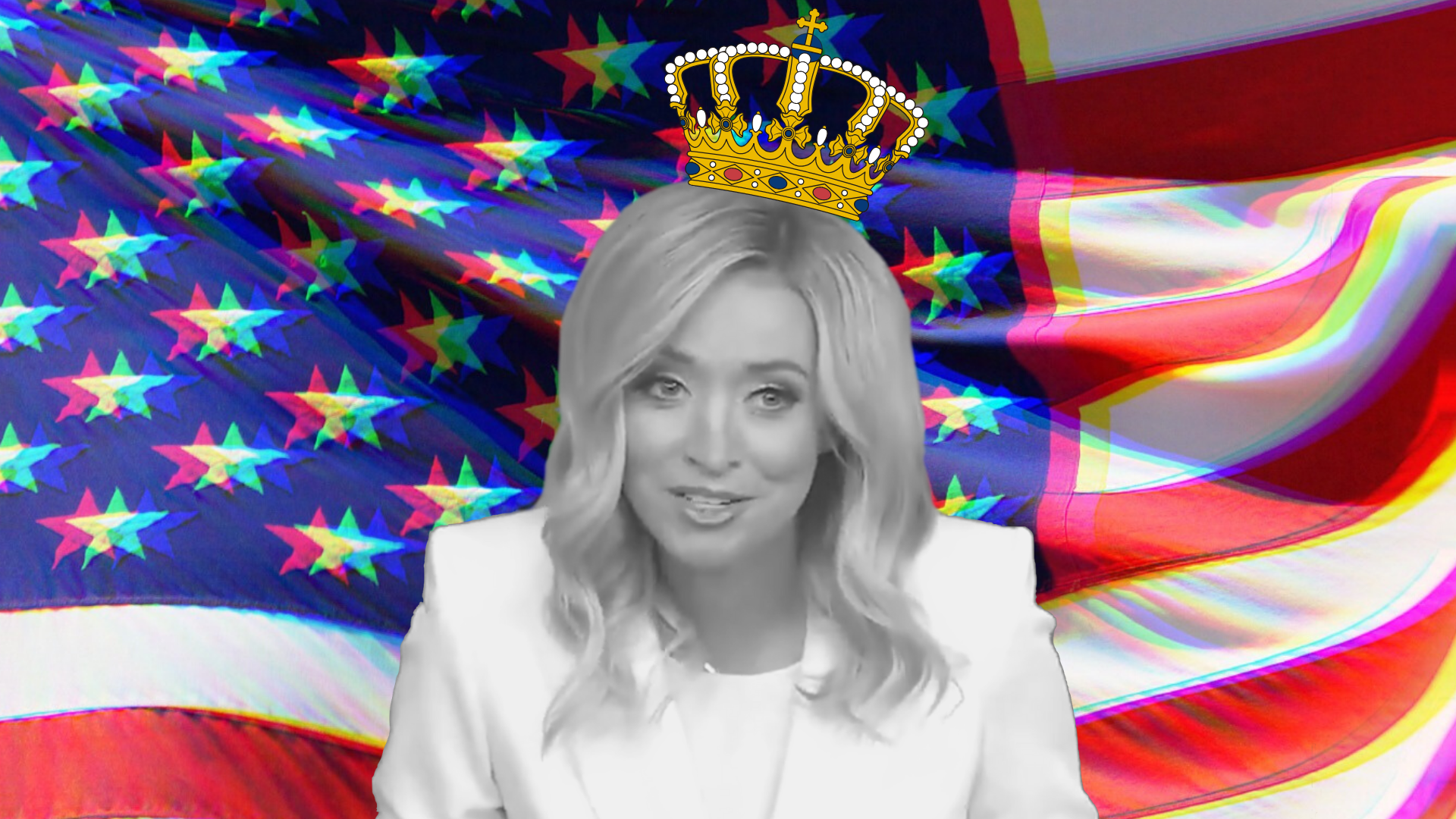 I’ll be honest, I didn’t know who Kayleigh McEnany was before 2016 after she had already begun supporting Trump. And since becoming aware of her, I haven’t thought a lot about her. I don’t watch a lot of cable news, but in the few segments I’ve seen she seems competent, and I really love this shit-eating grin she gets on her face when she dunks on whoever she’s arguing with and they start talking in circles trying to defend themselves or debunk whatever she said. I know she recently had a baby and was named press secretary.

I dug a little deeper into McEnany’s background. I knew she had been given some sort of official role on the Trump campaign at some point. Before she was press secretary, she was RNC spokeswoman, and I feel like I’d heard that before, but in the whirlwind of news since 2015, I’d forgotten about it almost as soon as I heard it. She volunteered with the Bush campaign in high school, landed an internship after the fact, and also got 2 other political internships under her belt early on. She got her start in television out of undergrad working as a producer on Fox’s Mike Huckabee show. She attended Miami Law for one year before transferring to Harvard Law and made frequent cable news guest appearances while balancing law school.

I’ll be blunt: in the world of politics, it’s hard to know which accomplishments to attribute to work ethic and brilliance versus connections and luck. They also aren’t mutually exclusive. But no matter what got her where she is today, there’s no denying the sheer magnitude of what she’s done — all before the age of 32. She’s a force to be reckoned with.

Earlier this week, Kayleigh had a defining moment as press secretary when asked to walk back a statement she’d made on Fox Business talking about the President’s coronavirus travel restrictions.

White House Press Secretary Kayleigh McEnany torches Vox, The Washington Post, The New York Times, and NPR for downplaying the severity of the coronavirus during the early days of the pandemic. pic.twitter.com/3qQgvuXrYE

Jeff: Kayleigh, in a previous life before you were press secretary, you worked on the campaign and you made a comment — I believe on Fox — in which you said President Trump will not allow the coronavirus to come into this country. Given what has happened since then, obviously, would you like to take that back?

At the end of the clip you can hear a reporter stammering “you were, you were, you were prepared for that”…as if a press secretary shouldn’t anticipate questions and prepare accordingly. She exits with the grace of an obscure royal and that same pearly white, shit-eating grin that trademarked her days in punditry.

Kayleigh McEnany successfully pointed out the hollow hypocrisy on the media’s coronavirus narrative. Left Wing politicians and publications have been desperately trying to blame Trump for the devastation and crisis following coronavirus when LITERALLY EVERYONE WAS WRONG. No one was anticipating it or taking it seriously because CHINA LIED TO ALL OF US. They silenced their whistleblowers, they lied about their numbers and they lied about their recovery. Even worse, they tried to scapegoat US and even threatened cutting off the crucial supplies they manufacture. This is the CHINESE GOVERNMENT’S doing and the CHINESE GOVERNMENT’S fault, sorry not sorry. And as much as people my age like to simp for communism, I can’t for the life of me understand why so many Americans are carrying water for one of the most oppressive regimes in the world.

Well, I guess that’s not true. Because it could not be more obvious that instead of asking legitimate questions or taking a serious look at any of the facts, people are politicizing this pandemic, and desperately trying to blame our President for delayed response to coronavirus when they themselves dismissed it.

Is the argument that media and lower ranking politicians can’t be held to the same standards as the leader of the free world? If that’s the case, how can they be trusted as the champions of the people they’ve positioned themselves as? If they’re no more trustworthy than Trump, why should they trusted to balance his power or hold him accountable?

What kills me is that Cuomo — despite being in charge of the state hit hardest by all of this and the state responsible for the majority of infections nationwide — is being hailed as some kind of exemplary leader.

Even the Never Trump clown show jumped on this bandwagon because they know one of the only ways Trump will be defeated is if they can succeed in pinning the pandemic on him.

All of that said, we need to ban journalists until we can figure out what’s going on. Seriously.

Week after week, these smug sadists spend all this time asking “gotcha” questions and trying to go viral and so little time on their actual jobs talking about LITERALLY ANYTHING of consequence to the American people. These people are Grade A narcissists parading as protectors of our republic, and I’m over it.

After Kayleigh ate the press for breakfast, lunch and dinner and packed some leftovers for later, people started digging up statements she’d made about Trump in 2015, characterizing Trump’s comments as racist, hateful and un-American. And I can’t help but think this is a sorry attempt to discredit her after she embarrassed them as opposed to something that’s actually relevant right now.

I had plenty of negative things to say about Donald Trump in 2015. Granted, my issue wasn’t that I thought he was racist, it was that I didn’t think he could be trusted to follow through with any of his campaign promises or actually promote a conservative agenda. But he won me over, as he did the majority of the Republican party. Maybe he won over McEnany and maybe she’s just a shameless grifter. Only she knows the truth.

My point is, this isn’t really a game worth playing. With such notoriously negative elections and controversial, flawed candidates, this isn’t the story people think it is, and if we start going tit for tat on who had criticisms of their party’s leaders that they’ve since contradicted, the very people now brandishing McEnany’s 2015 comments are going to eat their words.

The media should be less concerned with McEnany, and more focused on pursuing truth, reviving their industry and restoring the trust of the American people. Not an agenda, not internet clout, not their turn at the center of the circle jerk…but the honest to God, un-spun truth.