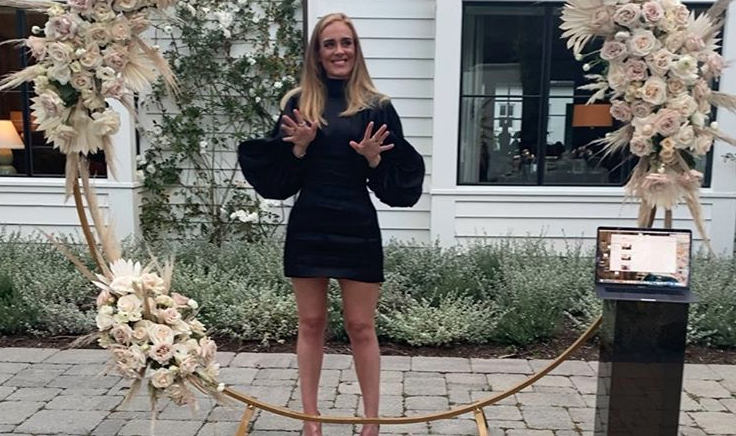 Adele is a queen in every sense of the word. Any woman that has to worry about her husband taking their money in a divorce settlement is a force to be reckoned with in my book. I don’t think I have any of her music saved on Spotify, but that has more to do with where I am emotionally than her talent as an artist.

She posted a pic on insta for her 32nd birthday in a basic black dress with a basic b caption about healthcare workers, but all anyone was paying attention to was her dramatic weight loss.

As much as I love social media, I respect artists like Adele that are so talented they don’t have to rely on social media to promote their work. Adele is a very private lady, so while there’s been talk and speculation about her weight loss, nothing showed it in such plain terms until she shared her birthday photo. I feel like the less active you are on social media, the better these kinds of dramatic reveals are because no one really sees them coming. While a Kardashian-Jenner knows how to garner attention and trend for a day or two, nothing they do is really surprising anymore. I mean, granted, I don’t follow any of them and have never cared about any of them, so maybe I have no idea what I’m talking about, but that’s my assessment. I think Kylie’s pregnancy was the last real surprise from that family, and it was one she meticulously planned and went to extreme lengths to keep under wraps.The less public you are about the going’s on of your daily life, the higher shock value anything you announce has.

I know I shouldn’t  be surprised at this point when people are mad at things that make no sense, but when I saw that people had negative things to say about Adele — a universally loved vocal powerhouse and constant provider of emotionally distraught anthems — losing weight and looking amazing, I was confused.

Basically, really social justicey people took issue with the emphasis being put on Adele’s weight loss on a post that technically had nothing to do with it. To them it implies that she was less beautiful or deserving of praise when she was packing more pounds, and underscores our unhealthy societal fixation on weight loss.

To my fellow fats who are looking at everyone telling Adele how beautiful she is now she's skinny – you're valid, beautiful and celebrated at the weight you are NOW. You don't need an "Adele" moment to feel validated. You can achieve and be whatever you want to be RIGHT NOW.

I see that Adele is trending because people are saying how gorgeous she is since she lost weight. Y’all, we’ve been over this…

Can we please not celebrate Adele for losing weight like it’s the ultimate achievement? The news articles & tweets are disgusting 😬

y’all like when fat people get skinny a little too much. https://t.co/YMhp3NDNZ9

The response to her Instagram post has got me thinking about body positivity and whether or not it’s actually…positive.

I was initially annoyed by the way the “body positive” crowd was responding to her because it seemed like a lot of plus sized women were just using her Instagram reveal as an opportunity to project their insecurities. When I was looking through the top Adele tweets on Twitter, it seemed like almost every “body positive” tweet with something negative to say was coming from someone on the heavier side. It seemed like people that have likely struggled with weight loss were upset by seeing a weight loss garner so much attention — and don’t get me wrong, I understand where they’re coming from. The framing of the issue just struck me as somewhat self centered and unable to take a step back from emotion and personal bias.

I have a relatively small frame. I’m nowhere near as small as I used to be, and I’ve had to adjust my dietary habits the older I’ve gotten, and some days I’m more confident than others, but I know that in the grand scheme of things I’m still generally happy with my body. That hasn’t always been the case.

There’s nothing wrong with wanting to look your best. And thinking about the past 4 or 5 years and the way my body’s changed, and the way I’ve heard roommates and friends meticulously obsessing over their bodies, and the insane diets I’ve seen them go on, and some of the extreme habits I’ve adopted myself, I can admit that even though most people look their best when they aren’t overweight, we do have an unhealthy focus on weight loss. And body positivity doesn’t have to be an excuse or a coping mechanism, which is how I used to think of it.

My most severe weight gain came my junior year of college. At first, I just had a fat ass. It was every girls dream. A flat stomach and a round, plump butt. 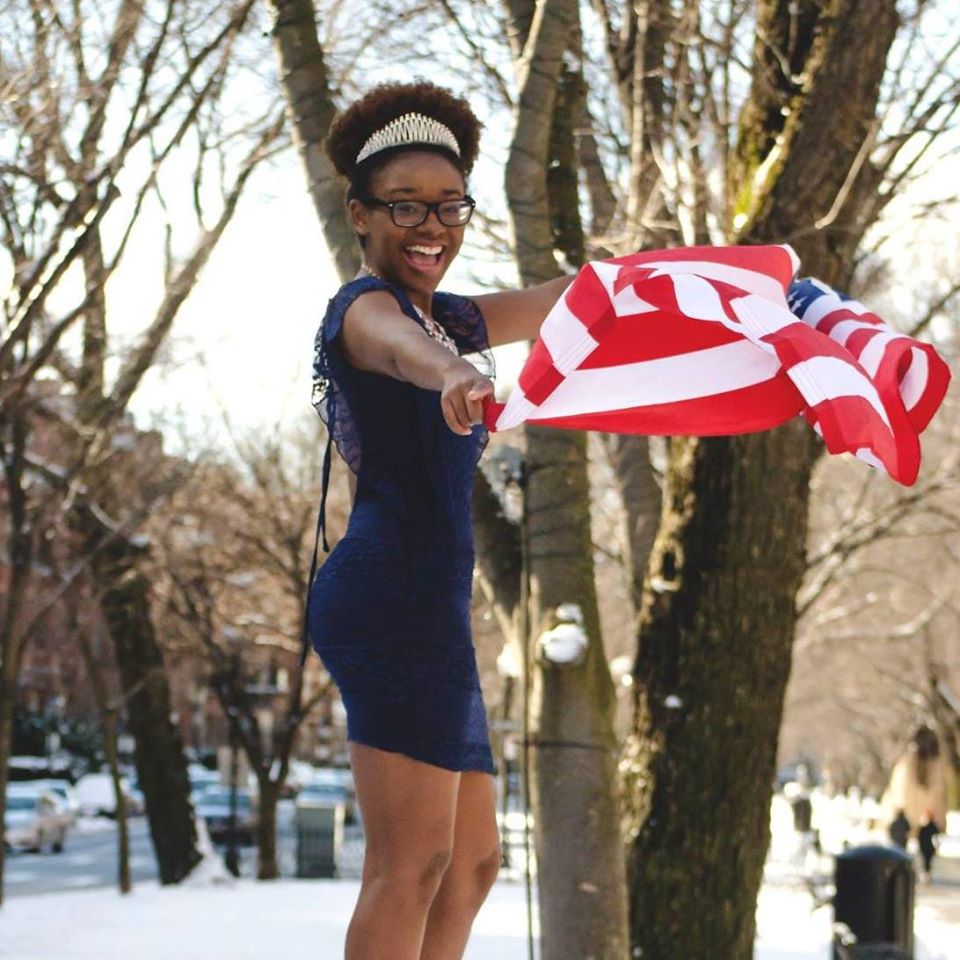 And then before I knew it, the rest of my body caught up with my ass. Those vindictive old ladies at my church were making comments on my weight. I was starting to notice I didn’t just look taller than my midget friends anymore in our pictures, I looked wider too. I remember one of the zippers on my shirts breaking while I was on vacation. It was the 2nd time my sister saw me cry after opening a rejection letter from my dream school 4 years prior.

My weight has fluctuated since then, but it’s never gotten back to that point. But in those ups and downs, I’ve thought a lot about body positivity.

When I first gained weight, I resisted body positivity with everything I had. I was revolted by my body and didn’t trust anyone that told me ~all bodies were beautiful~ or any other Dove campaign feel good nonsense. I had to fully embrace the disgust I felt if I was ever going to change and get back to a body I could be proud of.

But since then, and the 5 lbs I’ve lost here and the 10 lbs I’ve gained there, I’ve realized that body positivity doesn’t have to be some kind of pathetic PC self delusion.

I want to make a point of saying this so no one gets the wrong idea: my harsh, unforgiving criticisms were for myself and for myself only, because I knew what my body was capable of and how far below that threshold I was, and it drove me insane. I think it’s hard to deny that most people tend to look their best at a certain size but it doesn’t mean they aren’t beautiful before they reach it.

Adele has always been gorgeous. Most people being honest with themselves would agree that she looks the best she ever has. She should be incredibly proud of what she accomplished because unless she used rich people loopholes, it was incredibly difficult. But it doesn’t mean that she was less than before she reached that point.

Body positivity doesn’t mean pretending to be content with where your at, or lowering your standards, or glorifying mediocrity. (And just to be clear, I’m not saying that a certain body type indicates that someone is mediocre or that they have low standards for themselves — but that choosing to find comfort and confidence in where you are doesn’t mean you’ve given up on where you’re going)

It means realizing that you have one body and one life. And while you’ll improve both by maximizing your health, reaching your full potential and striving towards your best body, you weren’t put on this earth to count calories and weigh yourself. And no one can afford to wait until they hit a certain waist size or body fat percentage to actually start living their lives or loving themselves.

You don’t have to hate your body or the way you look to know there’s room for improvement. You don’t have to berate yourself or tear yourself down to achieve your goals. You can diet and exercise and strive towards your ideal and think positively about your imperfect body and appreciate what you have all at the same time.

« Why You Should Let Yourself Look Stupid

Kayleigh McEnany’s Coronavirus Response Gave the Media What They Deserve »