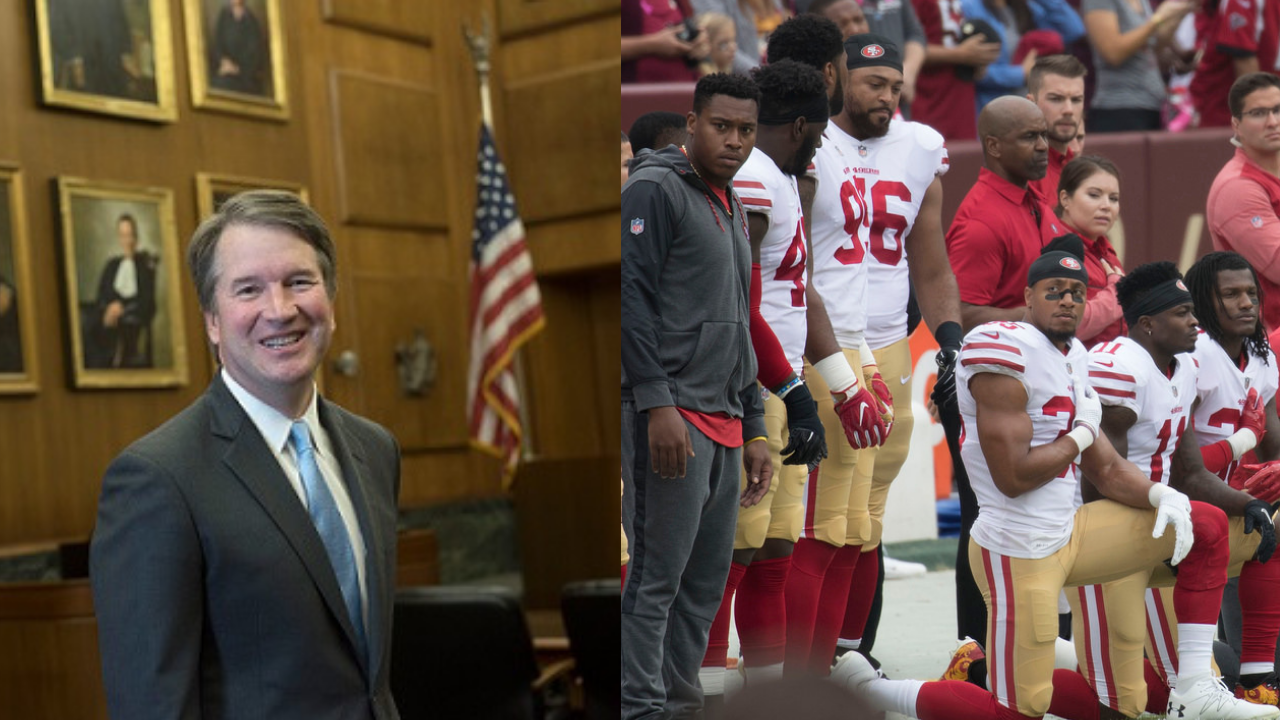 A year and some change ago, I wrote a blog post titled “have we lost our minds?” and a year and some change later, the answer is clear as day. Absolutely, beyond a shadow of a doubt, no questions asked: we have lost our fucking minds — and I have no idea if we’ll ever find them again. I knew we had lost our minds some time ago, but I thought that soon enough we’d get ourselves together. 3 months after the election — 6 months tops — the right would stop pretending that everyone that didn’t agree with Trump 120% of the time was an ISIS sympathizer and the Left would stop pretending that everyone that didn’t hate Trump with a deranged passion had a bedside Hitler shrine. Silly, silly me. We’re coming up on 2 years since Trump was elected president and there is still no sign of intelligent life.

I’m not mad, I’m disappointed. Actually no — I’m both. Because I actually work in politics, and am tied to the news cycle as a part of my job. So I don’t have the luxury of being able to tune out the never ending temper tantrum happening all around me. I could probably literally give a hundred examples from this year alone, but I don’t even have to go farther than the past 48 hours. But to highlight the absurdity of everything, I’ll go back slightly further.

Does anyone remember when New Balance praised President Trump’s trade policies, and the hell the subsequently broke loose? It was a matter of fact statement that as a company that manufactured in America, Obama’s trade policies hurt them while Trump’s benefitted them. But all Leftists saw was bright red swastikas, and they promptly pledged to boycott New Balance as well as uploading videos of them destroying sneakers they’d already paid for. I know people say that history repeats itself…but jeez.

When Nike launched their Colin Kaepernick ad, the same people that made fun of liberals for boycotting In-N-Out last week literally started burning and destroying items they’d already purchased. And just like that, it seems we’ve come full circle. Of course, liberals and conservatives will respectively defend their boycotts and the destruction of their own property while they mock and ridicule the other side for doing the same, never acknowledging the hypocrisy or blatant absurdity. It’s always justifiable for my side and reactionary infantilism for the other.

The truth is you’re all bat shit crazy, and even though I’m generally against big pharma and big government, I’m literally considering quitting my job to lobby for government mandated and subsidized Xanax prescriptions for anyone that makes political social media posts more than once a month. Even though I fit the bill, I don’t think I need one — but I’m willing to take one for the team.

Everyone is either convinced that anyone who disagrees with them is a terrorist that hates America or a neo-nazi. So much so that yesterday a Jewish Mexican White House employee — whose family survived the holocaust — was accused of making a “white power” hand gesture at the Kavanaugh hearing.

This is just Zina Bash, one of the writers of Trump's immigration policy, flashing a White Supremacist hand signal. Nothing racist to see here. pic.twitter.com/8OwGYj4kt7

Kavanaugh’s former law clerk Zina Bash is flashing a white power sign behind him during his Senate confirmation hearing. They literally want to bring white supremacy to the Supreme Court. What a national outrage and a disgrace to the rule of law. pic.twitter.com/uQGOpNa6xg

The woman sitting behind Kavanaugh giving what appears to be a white supremacist "Pepe" salute has been identified as Zina Bash, member of Trump's transition, domestic policy, and now SCOTUS team pic.twitter.com/1bJlzV3yLG

You can’t make this shit up. Even after being confronted with the glaring facts of Zina Bash’s background, many liberals brushed it aside and continued right along in their mental gymnastics triathlons to make the case that a Jewish Mexican was trying to subtly signal her support for a white ethnostate.

That’s all you need to know.

I don’t know how any rational person could draw the conclusion that in a country where Obama won twice — might I add in many counties that swung for Trump in  the last election — that literally everyone that supports the President is a Nazi. Because it’s not an argument that any rational person can make. Before Trump had even announced his Supreme Court nominee, dozens of liberal outlets and organizations had prepared pressers and releases about how they must fight this “sexism, racism, Islamophobia, homophobia” and were prepared to fill in the blank as soon as the news went public. The Women’s March was unlucky enough to get caught. Not because they had actually done research on all the nominees and had reached a thorough unanimous conclusion, but because sweeping generalizations about anyone remotely associated with Trump are commonplace.

Trump Derangement Syndrome goes both ways. Both sides of the aisle see what they want to see and hear what they want to hear. And frankly, I’m tired of hearing all of you. If the only way you see the world is through the lense of who you did or didn’t vote for do us all a favor and take a sabbatical.

« Mollie Tibbetts & My Hatred For Everyone

Insecurity Is Ruining My Life and Probably Ruining Yours »