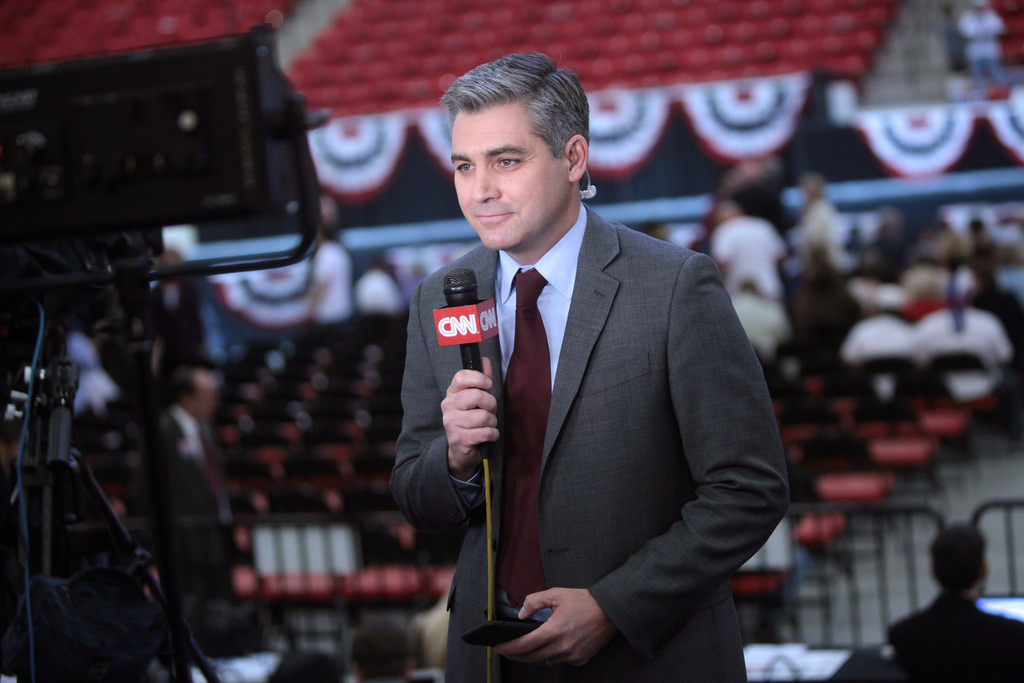 This wasn’t Jim Acosta’s first temper tantrum with the new administration. In January of this year Acosta began yelling at then-President Elect like an unhinged ex lover during a presser, demanding that he give CNN a question.

Jim Acosta is the perfect example of how mainstream media elites that took eight year sabbaticals from their jobs have forgotten exactly what their jobs are. Though I obviously don’t agree with him, my issue with Acosta and the “journalists” like him isn’t our ideological differences. It’s that he obviously isn’t able to separate his personal beliefs or his inflated sense of self importance from his duties as a reporter.

I get it. Jim Acosta is one of the biggest names at one of the biggest media conglomerates on the planet. If I were him, I’d probably be full of myself and blinded by my own ego too. I’d probably think I was entitled to preferential treatment from the administration after kissing up to the last one for so long. I’d probably struggle adjusting to President Trump when I thought that I’d be getting gold stars, cookies and pats on the back for the next eight years from HRC after campaigning so hard for her in the first place. But I’m not Jim Acosta, so I see him for what he is. He’s a spoiled narcissist that has completely lost touch with reality.

My issue isn’t even the question that Jim raised. While I don’t think it was exactly becoming of any self-proclaimed journalist, I’d expect nothing more from CNN as my standards for “journalism” have dramatically declined along with the quality of most journalism. My issue is that Jim Acosta didn’t even pretend to be interested in answers. At no point did he allow Stephen Miller to complete a thought without trying to speak over him. I get that reporters are annoying by nature, but that’s not his job. How can you report what’s happening if you’re not even listening to what’s happening?

Though many on the left have come to distrust the media as well, many of them insist that public distrust of the media is nothing more than hysteria. And in the same breath, they’ll defend Jim Acosta’s outbursts. Then, without a hint of irony, they’ll act as though they are somehow victims of this administration, or like Trump is a dictator when he calls them “fake news.” It’s almost funny.

Mainstream media figures keep posturing about the freedom of the press under this administration being threatened, likening themselves to some kind of justice league defending democracy when in reality they’re just overpaid ideologues with no integrity or commitment to truth. They think so little of the American people that they think we’re gullible enough to believe they actually serve us when all they’ve been doing since November 9th is bitching and moaning like toddlers that didn’t get what they wanted for Christmas.

The talking heads at CNN and networks like it have no one to blame but themselves for the mess they’re in, or the dwindling trust between most Americans and the media. They have been given opportunity after opportunity to do better, but instead have chosen to chase conspiracy theories and non-stories out of their deranged hatred for the president.

America needs alternative news now more than ever. No matter their political affiliations, America needs journalists that actually care about journalism, and are able to put the truth above agenda. It’s become painfully clear that almost no one on a corporate payroll can be trusted to do that at this time.

« Why Do We Suck So Much At Communicating?

Progress Update: Self Impovement & Self Accountability »