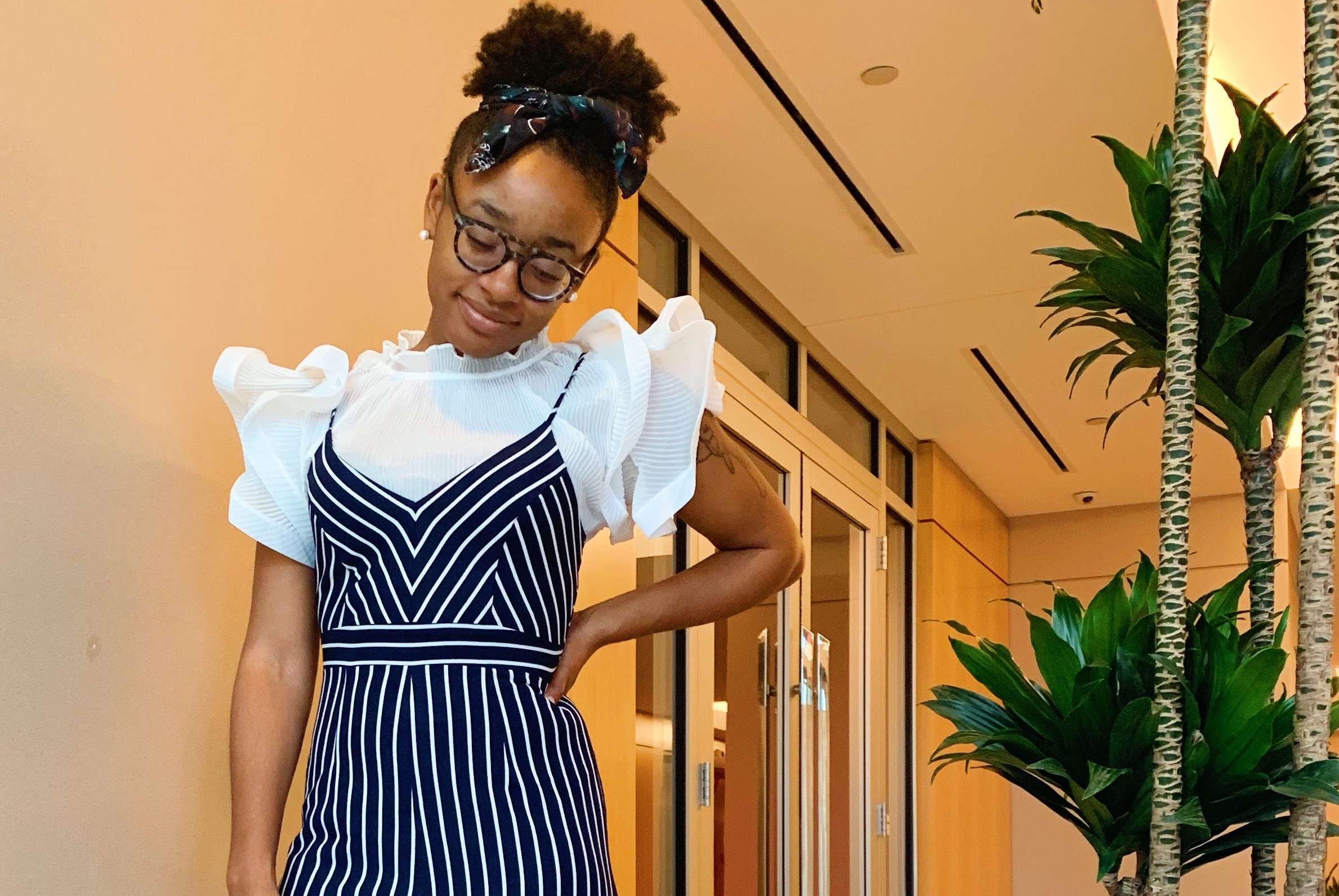 As the queen of sales, discount shopping and generally being broke and best dressed, it should come as no surprise that I treated myself on Black Friday. I got a couple of things from Windsor, a few things from Fashion Nova (video still coming — I didn’t forget I’m just equal parts busy and lazy) a ton from Missguided — but the purchase I was most happy with was by far Rainbow.

I’ve never been a person that cared about name brands or that would turn my nose up at inexpensive clothing. I don’t care if it came from Gucci or Goodwill — I like what I like. Rainbow is a store I’ve been shopping at since I was in high school, and it’s a hidden gem if there ever was one.

Admittedly, going into any Rainbow store is a stressful situation. They’re generally poorly organized and very chaotic, and the smalls also run out like food supplies in commie countries. But that’s why online shopping exists.

I got both the ruffled sleeve top and striped palazzo jumpsuit from the Rainbow Black Friday sale. I liked the top so much I actually got it in red too — and I literally never buy things in multiple colors.

For obvious reasons, I didn’t think I’d be wearing the jumpsuit until spring or summer, and I definitely didn’t think I’d be wearing it to work. But then I had one of those lightbulb moments where you’re trying to figure out what to wear and items that you never would have thought of together harmonize perfectly and form the perfect outfit in your mind. And lucky for me, this outfit actually looked as good in execution as it did in my head.

The shoes weren’t a Black Friday purchase, but they were on super sale. I snagged them for $7 at Rue 21. Shoes included, the outfit was less than $30.

Shirt: Rainbow (no longer available in white)
Jumpsuit: Rainbow (similar)
Shoes: Rue 21 (not that similar but the only actual similar pair was $800 which I felt ridiculous linking especially given the price I bought them for)