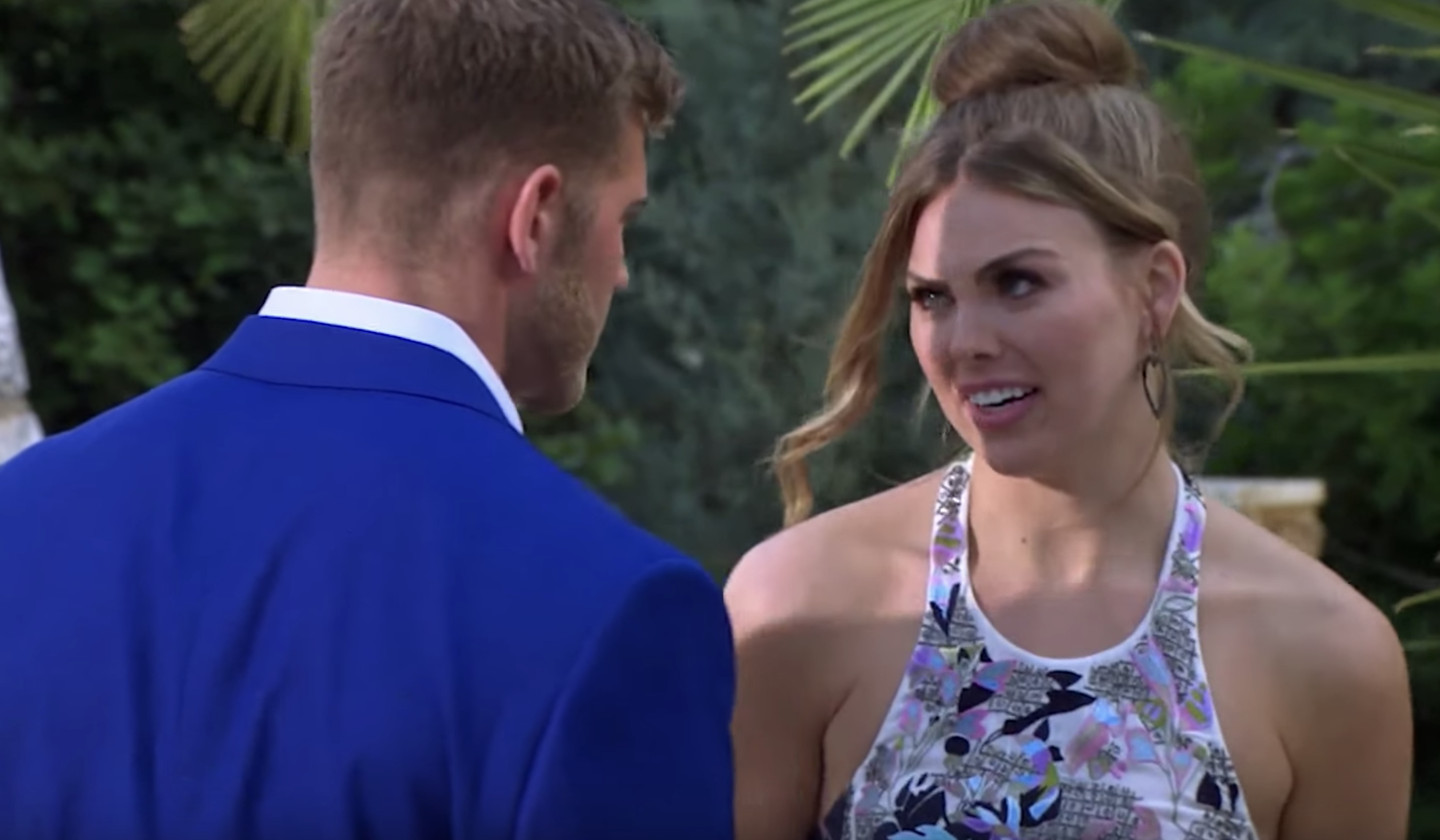 When I was young, I was actually really enthusiastic about church. I was always trying to drag my friends from school to church. I would get excited about the New Years plays we’d put on and the annual cook off. I always had the right answers in Sunday school and had set a goal of reading the Bible all the way through in Second Grade.

I was a pew baby, and I went through something a lot of pew babies go through. The more I grew up, the more church felt like a chore. And my quintessential coming of age mean girl experience wasn’t at school or through Girl Scouts, it was at church, which of course didn’t help either.

And while I know in my heart that I believe in God, and His Son, and that He died on the cross for my sins, and everything I’ve been taught, my “Christianity” often seems like more of a descriptor of how I was raised than an active part of my life.

When my mom and sister first moved me down to Virginia, my mother had of course already done research on local churches that she thought were potential options. And of course, bright and early the Sunday after moving, my mom was at my townhouse ready  to take me to church. And yes, I was hungover from a Halloween party I’d gone to literally the night I moved.

It was a small, intimate church and drastically different from my congregation at home. It was honestly a really refreshing change of pace. It seemed more genuine, with less of the political nonsense and egoism that I felt plagued the church I grew up in.

And even when the Bible class or sermon didn’t particularly resonate with me, I liked going to church. I knew it was good for me. Growing up, I had seen young adult after young adult stop attending church once they were out of their parents’ home. It seemed like their lives were going well, and they just thought they didn’t need God anymore. And without fail, they came crawling back years later, humbled by their life experiences.

I was a sinner, and I know I will be one for a while. But I feel like church keeps me grounded, and I didn’t want to be a person that just turned my back on God after getting His blessings. I didn’t want to have to be forced back into God’s arms after the world chewed me up and spat me out. So I kept going, even when I didn’t necessarily feel like I was getting much out of it.

So while religion hasn’t defined me or been at the forefront of my life, it’s not something I’ve ever completely abandoned.

I may not be able to quote scripture like I could when I was younger or recite all of the books of the Bible in order anymore, but I know what God says. And I can’t help but be annoyed by the way people have been using their faith on the Bachelorette.

I’ll admit that I’m not a huge fan of the show, and that the only times I’ve watched it have been when my roommate has forced me to. It’s completely scripted and impossible to take seriously. That being said, I have some opinions about this season’s plot. I feel like I’ve seen enough of Hannah B. and Luke P. to say that both of their interpretations of God’s word and commandments are off in more than one way.

In case you’re completely unfamiliar with the show, a bunch of guys compete over the course of a few months for one girl. Hannah B. was the stereotypical southern girl with “Jesus follower” or whatever in her Instagram bio — and Luke P. claims that’s what drew him to her. They do really dumb activities to fill time on the show. In the first episode, there was a pageant. Each male contestant had to perform a talent to impress Hannah, and Luke, being clearly talentless, used that opportunity, presumably on the first week of filming (and possibly on the first day or two), to tell Hannah he “already felt himself falling in love with her.”

And Hannah kept him around. In case you were wondering how ridiculous the show is.

Luke P. made a name for himself early on in the show for being particularly unlikable. I honestly can’t remember specific examples because like I said, I’ve only watched it under threat of death from my roommate, but nothing about the way he was acting in the episodes I did watch led me to believe he was a “man of God.”

Fast forward toward the last few episodes, and the story line has revolved around Luke and Hannah’s conflicting views on sex throughout the course of the show. Luke is abstinent, and demanded the same of Hannah. Hannah slept with at least 2 guys on the show. They’re both honestly dead wrong.

Hannah B. kept saying that “she has had sex before, and God still loves her,” and that’s true. Extramarital sex is a sin, but too many Christians fall into a habit of thinking that if they refrain from a certain kind of sin that God is ignoring the other sins. Because they dress modestly, or abstain from sex, or don’t get drunk, they think that God doesn’t notice their gossiping, or spite, or deception. They think because they’re able to project an image of the perfect Christian, that they’re somehow absolved of judgment for their more discreet or less taboo sins.

Hannah B. was right to question Luke’s emphasis on sex, because it was machismo disguised as faith. As a general rule of thumb, I think that telling someone you’re a “man of faith” is like telling them you’re important or a lady. If you have to say it, you probably aren’t. And the only reason I knew Luke P.’s “walk with God” was important was because he said it, and because of his obsession with Hannah’s abstinence. It wasn’t about Hannah breaking a vow before God — it was about his ego, and him not wanting her to sleep with anyone that WASN’T him. If he took sex as seriously as he claims to, he wouldn’t have been oiled up half naked making out with Hannah in the first or second episode.

“I will not put up with this because that’s not love,” she said. “That’s not what the person I want to spend the rest of my life with is ever going to make me feel, and I’m so over being slut-shamed and being felt like that makes me not a woman of faith because, oh my gosh, I live my life and make mistakes and sin every day…but that’s what grace is for.”

Like Hannah B., I’ve had sex too. But unlike Hannah B., I’m not going to try to justify it or put some pseudo-feminist religious spin on my shortcomings. She had every right to dismiss Luke, but if he was actually a good Christian man and not just a midget with a god-complex, he wouldn’t necessarily be in the wrong for voicing his concerns.

“Regardless of anything that I’ve done, I can do whatever, I sin daily and Jesus still loves me. It’s all washed and if the Lord doesn’t judge me and it’s all forgiven, then no other man, woman, animal … anything can judge me. Nobody’s gonna judge me, I won’t stand for it.”

We all have different needs and wants in a relationship, and we all have different dealbreakers. I know several women saving themselves for marriage that would absolutely not consider a man that hadn’t saved himself as well. And that’s their prerogative.

Yes, God still loves Hannah, and God still loves me. Yes, too many self-professed Christians have selective judgment when it comes to sin. But I know what sin is, and that God isn’t some couch hopping hippie uncle in a rom com, and that grace isn’t a get out of judgment free card. And in the same way that Luke wasn’t entitled to forgiveness from Hannah after their fall out, neither Hannah or I are entitled to anyone’s approval.

God doesn’t just shrug it off when we sin and say “better luck next time!” And that’s something that I, as someone that believes in God, and that also sins every day, have to take ownership of. I don’t get to downplay that or water that down because it’s convenient for me or helps me sleep better at night.

Luke is a clown, and Hannah was right to send him packing. But both are guilty of trying to interpret the Bible in a way that accommodated their wants and lifestyles instead of accepting it for what it says. Luke and Hannah are both free to sleep with as many or as few people as they like, but both need to stop twisting God’s words to legitimize their actions.

« Bro, I’m Straight Up Not Having a Good Time

Pardon My French But What The Fuck Did I Just Watch? »