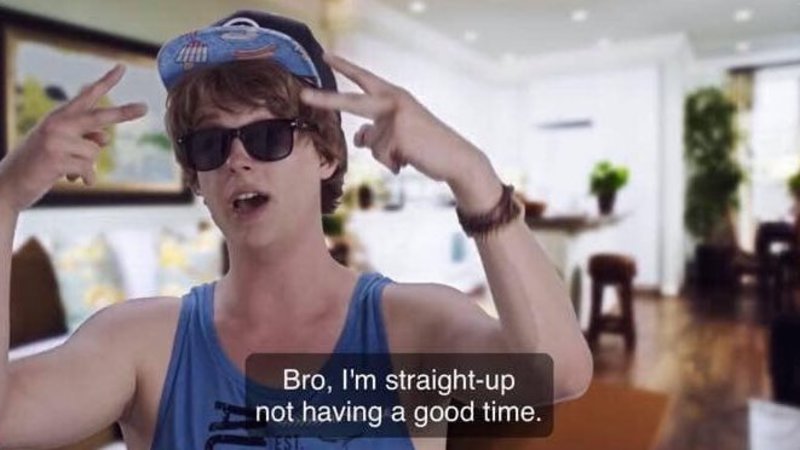 A month ago, I was on vacation in Martinique, and I felt like I had this completely renewed perspective. I felt refreshed and like I had an entirely new appreciation for life. One of my favorite parts of the trip were these little ferry rides we would take to different parts of the island. For 40 minutes or so every morning and afternoon, on our way to and from our hotel, we had this beautiful, peaceful ride where for me, it really sunk in that I was in a tropical paradise and could just absorb everything about it. I had the wind in my braids, my airpods in, and the sun on my skin.

While some of the other passengers were also tourists, a lot of them were clearly locals on their way to and from work. It hit me on those boat rides just how amazing life is and can be. Because I know the men and women on their commutes didn’t see what I saw, and didn’t feel what I felt. What was meaningful to me was mundane to them. It was just another day to them, and just another ride to or from their jobs. And I wondered what in my own amazing life I was taking for granted.

I was inspired. My eyes were opened. I had a revived sense of awareness for how lucky I was to live my life. I was going to eat, breathe and shit gratitude.

But I got back from vacation, and none of that happened.

I don’t know how to describe what exactly I’ve been feeling lately. It’s a frustration. It’s a fatigue. It’s a confusion. And after what felt like a breakthrough, I’ve been annoyed with myself for failing to maintain a mindset that reflects my realizations.

I wanted to come back from vacation like Paul Rudd’s character in Forgetting Sarah Marshall. Happy-go-lucky and just loving life. But I came back like Jason Segel’s character right after he was dumped.

Don’t get me wrong — I’ve been functional. I’ve been working out, I’ve been going out, I still put on cute outfits. But I’m kind of a mess right now, I’m kind of unhappy, and I’m kind of anxious. I feel stuck, and I don’t know what I need to do to get out of the toxic, desolate mental and emotional desert I’ve unwittingly wandered into.

I live right outside of the nation’s capital. After almost a year in the suburbs and almost a year in the ghetto, I finally moved to a nice apartment in a good neighborhood in the city. I work for an extremely generous company, with a boss I actually respect and that appreciates me. I was promoted at the end of February. I always want more, and feel myself consumed by a blinding rage every time I think about what I earn vs what I take home, but I don’t worry about money much. I also have a great rack.

But instead of savoring my new apartment in a prime location, and even though I like my roommates, I’ve found myself wondering when I’ll be able to comfortably afford living alone. Instead of appreciating my work environment or my promotion, I’m comparing myself to every other person in DC under the age of 30, and what they’ve accomplished. Instead of enjoying my relative financial freedom, I’m obsessing over crossing the six figure threshold. And of course, there are things outside of work and my professional life that are going on. I’m straight up not having a good time.

And I’m not sharing this because I enjoy talking about my neurosis. I’m sharing this because sometimes, even when you know you have everything in the world to be thankful for, and you know how fortunate you are and how far you’ve come, you’re not happy. Because even though you have no interest in whining or bitching about what you don’t have, and you know you should be content, you just aren’t. And it’s okay.

It’s important to be able to take a step back and see your situation for what it is: and the answer 9.9 times out of 10 is “not that deep.” Even when it doesn’t feel like it, the way you think is ultimately a choice. But just because you want to make that change or you’re aware it needs to happen doesn’t mean it’s going to be easy. It’s not going to happen over night — or over vacation. I’m not going to magically wake up singing to birds and writing poetry. It’s going to take a lot of hard, intentional work for me to develop the mindset I want. Like anything worth doing, it’s a process — and one I’m just glad to have started.

I constantly find myself annoyed by people that expect Coachella results after Fyre Festival efforts. People want the body of an Instagram model after going to the gym for a month. They want senior level perks with entry level experience. They want all of the glory but none of the grind. It drives me absolutely insane. And I was guilty of it. I thought I could spend a week in the Caribbean, snap my fingers, and come back an entirely new person.

Like anything worth doing, becoming a more grateful, present person is going to take time. It’s going to challenge me. And that’s okay. As of now, I’m not. But I know I will be, even if it takes me a while to get there.