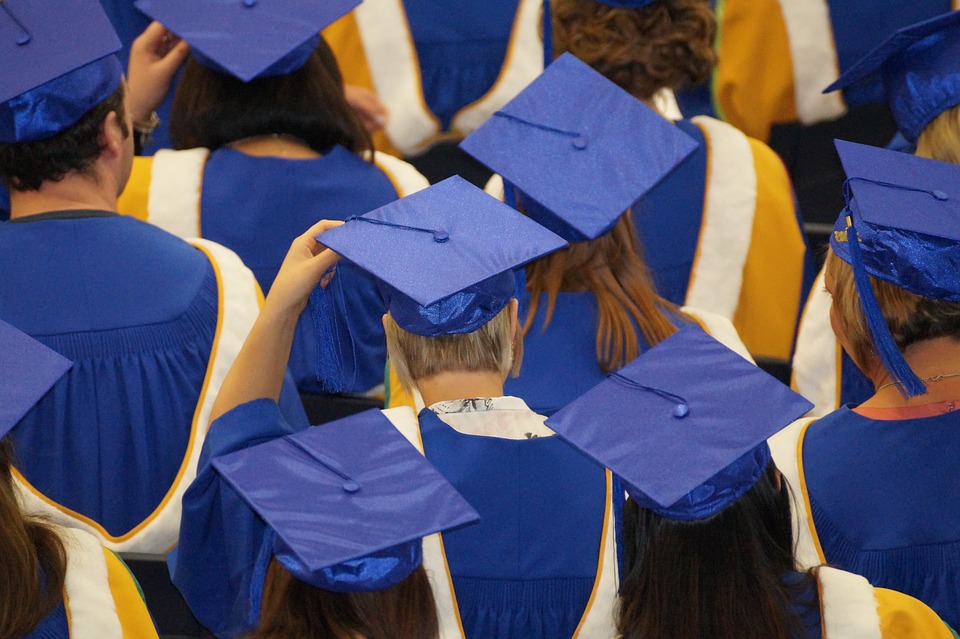 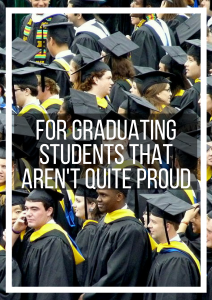 It’s graduation season, and that means social media is being flooded with stories of the exceptional. It’s being flooded not only with stories of students graduating with quadruple majors in engineering, business, medicine and being better looking than you, but exceptional high school students. You can’t go a day on Facebook around this time without scrolling past a story about some underprivileged paraplegic that was admitted to 10 Ivy League schools even though 8 exist and was offered a full ride and a free puppy from each. And don’t get me wrong – I’m not trying to undercut these people’s profound accomplishments. They deserve every bit of the recognition they’ve gotten, and worked extremely hard to get where they are. But I sucked at high school and I wasn’t that great at college, so I know what it feels like to not feel great around this time of year.

There were times in college where I was just lazy. I procrastinated, and I was poorly organized. There were also times in college where I was just exhausted. I was working anywhere between 20 and 40 hour weeks – and not at one of those joke college jobs where you get to sit on your ass for a minimum of $15/hr doing your homework. I was commuting an hour both ways each day into the city making shit money in retail. I poured a lot of the little money I was making into the dream I had of getting Greek Life on my campus, only to turn up empty handed and with nothing to show for it. I was depressed. I was anxious. I had a lot of fake friends. And it took a toll on me and my GPA.

We all have our own struggles, and that includes the nerds at the center of attention this graduation season. These high school and college seniors with these incredible accomplishments have also struggled with their interpersonal relationships and mental health. But I’m starting to believe what sets winners apart is the conscious decision to become their own cheerleaders, their own coaches, and their own support systems. More often than not, the people that exceed expectations don’t do it because their parents or their friends or their significant others held their hands through it or because their lives were perfect. They excel because they decide to despite all the obstacles they face, no matter who is in their corner.

To anyone that feels mediocre around this time of year, I won’t bullshit you. There’s a reason you feel less than. Those graduates being featured on Buzzfeed and Huffington Post worked harder than us, and are better than us. But that doesn’t mean they always will be. It’s never too late to be great, and more often than not, we’re the only ones standing in our way.

« Life Lessons from The Office

5 Millennial Conservative Entrepreneurs That Prove We Aren’t All Morons »