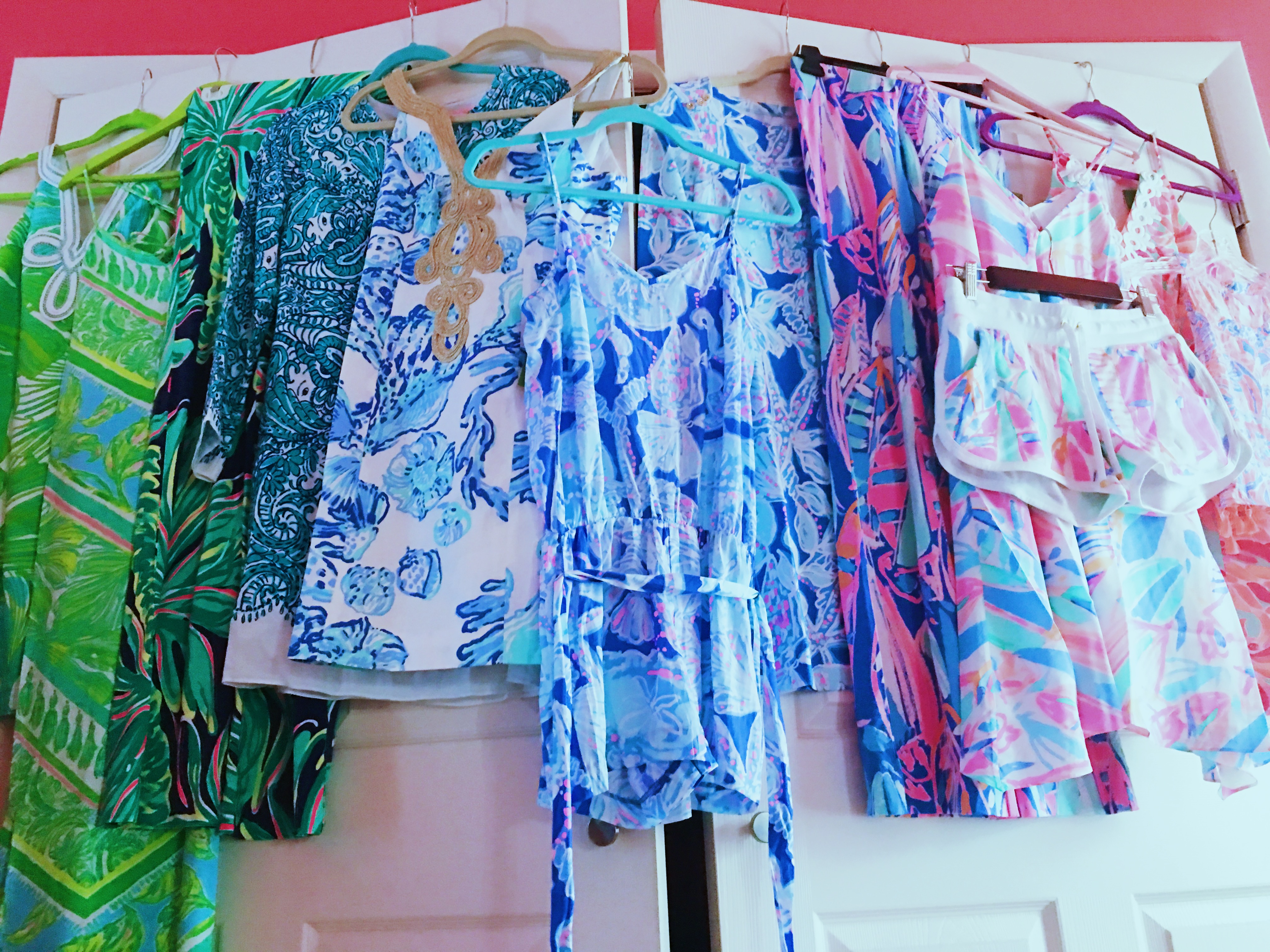 If you follow me on Instagram, or have ever seen my closet you know that I love me some Lilly Pulitzer. I love the bright colors, the bold patterns, and being able to dress like an 8 year old and an 89 year old West Palm Springs widow at the same time. I shop at least one of the two biannual sales almost every year. I look forward to it, I plan for it, I (somewhat) budget for it — and I’m scolded by my mother every year for it after the fact. I’m pretty good about spending and living within my means, but the After Party Sale is one of the few occasions where I completely and entirely channel Isla Fisher’s character in Confessions of a Shopaholic.

I didn’t always love Lilly. I grew up in a middle class family, I went to a good high school, and I’ve always had my own style — but I was a city kid. I didn’t grow up around espadrilles or seersucker. And almost anyone FROM the CITY of Boston — not a suburb 45 minutes or 2 hours out — can tell you that Vineyard Vines and Brooks Brothers were not common sightings among people that actually lived in Boston while we were in high school. I threw together some eclectic outfits, but I wore Abercrombie and PINK like everyone else did. Also, moment of silence for how fucking skinny I was in high school 😭I would do so many illegal things in exchange for collar bones that poppin again. 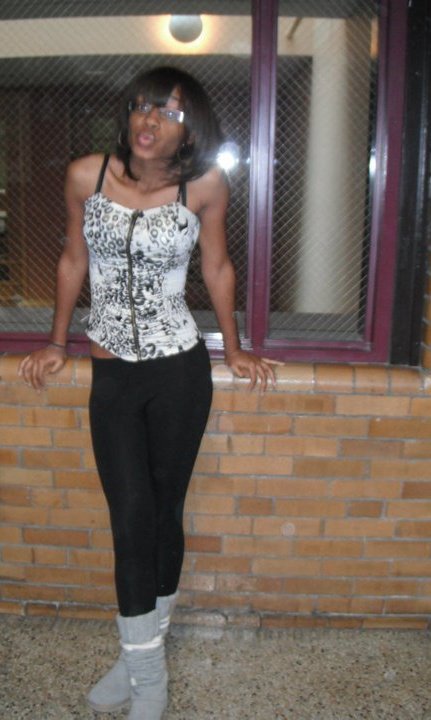 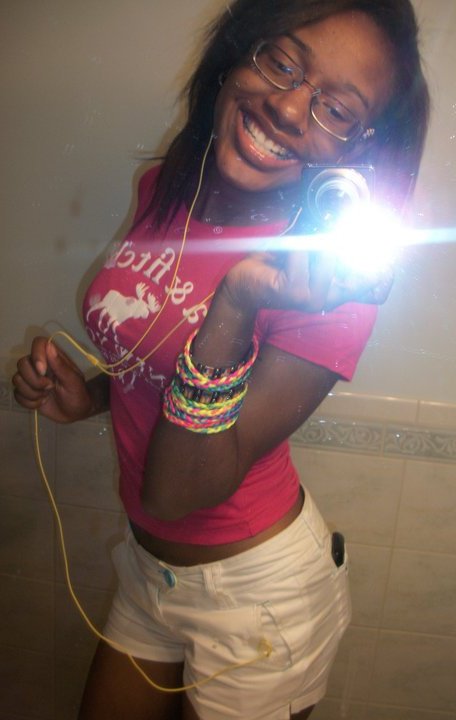 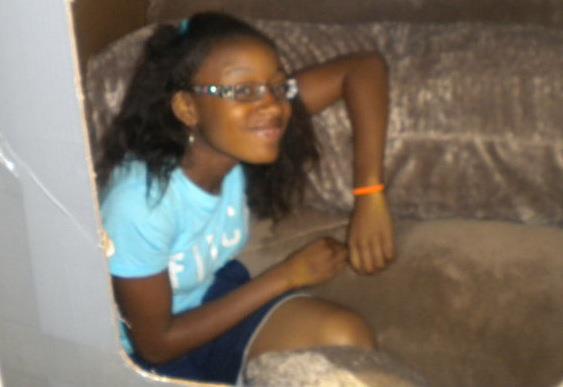 I don’t take astrology seriously, but I was very much so a stereotypical Aquarius in high school — and my style reflected that. No matter what I was wearing, I made a point of wearing it in my own way.

As I got closer to senior year, I became more and more of a hipster. It was tragic. I’d sub out my Uggs for Doc Martens, and wear these absurd pieces I got from thrift stores. Not that there’s anything wrong with thrift stores — there was just a lot wrong with what I was buying and what I thought was cute. 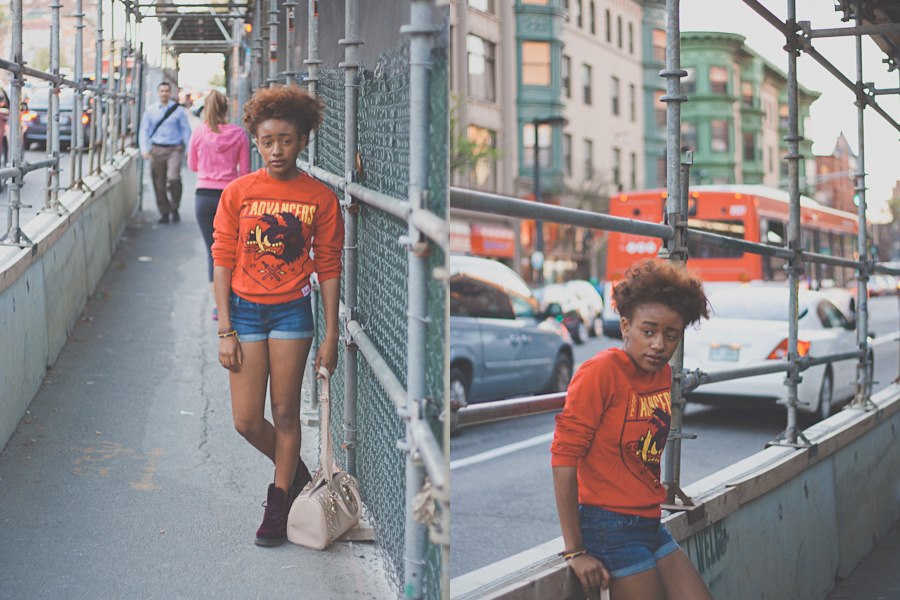 Okay, to be fair, I don’t think this outfit was that bad. I would honestly wear it again. The drawn on eyebrows and dark lipstick were though, and I can’t even begin to talk about the hair. 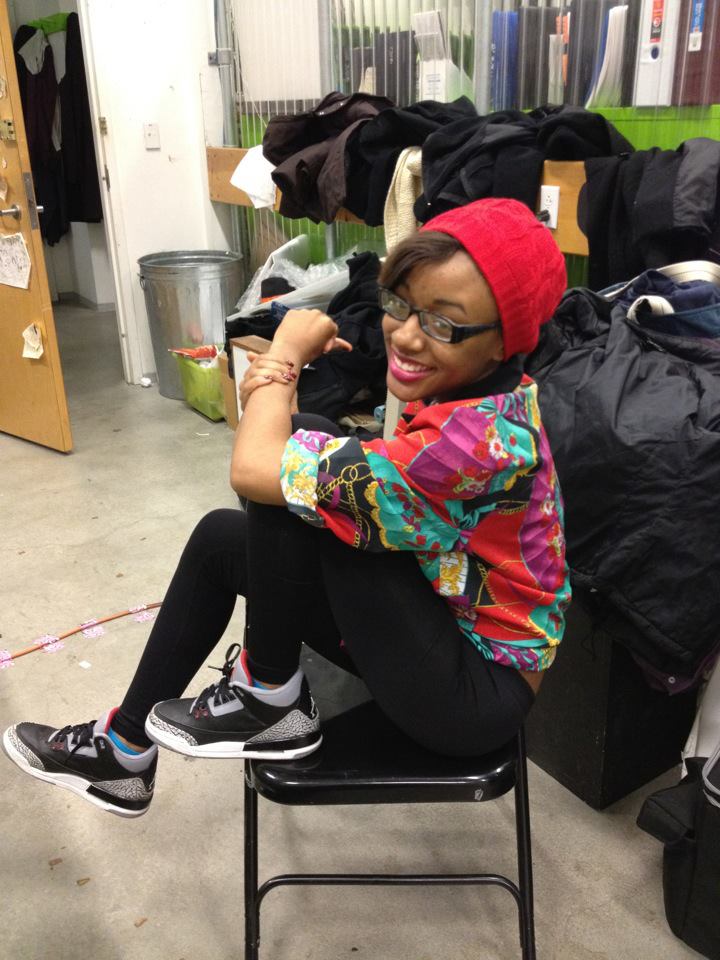 This picture was taken at an art studio I worked at in high school. Like I said, I was a hipster. Granted, it was one of the best, most formative experiences of my life and I constantly think about how lucky I was to be paid to be creative at such a young age. But moving on.

But then I got to college, and I felt myself drawn to a style I never had been. I found myself drawn to an elusively all American aesthetic where timelessness eclipsed trendiness. I found myself enamored with all things “preppy” — and the strangest thing about it was that there was no direct influence I could point to. The people at my school didn’t dress that way. My friends from home didn’t dress that way. I didn’t follow any big bloggers that  dressed that way. I couldn’t explain it, and I couldn’t put a finger on it. But I knew it was time for a change.

So piece by piece, I began transforming my wardrobe. I was a broke college kid, so the transition was slow, and it started mostly with thrift stores. A button down here, a pair of boat shoes there. And it was fun trying to navigate my way through something that was completely foreign to me. It was a challenge, and one I enjoyed. 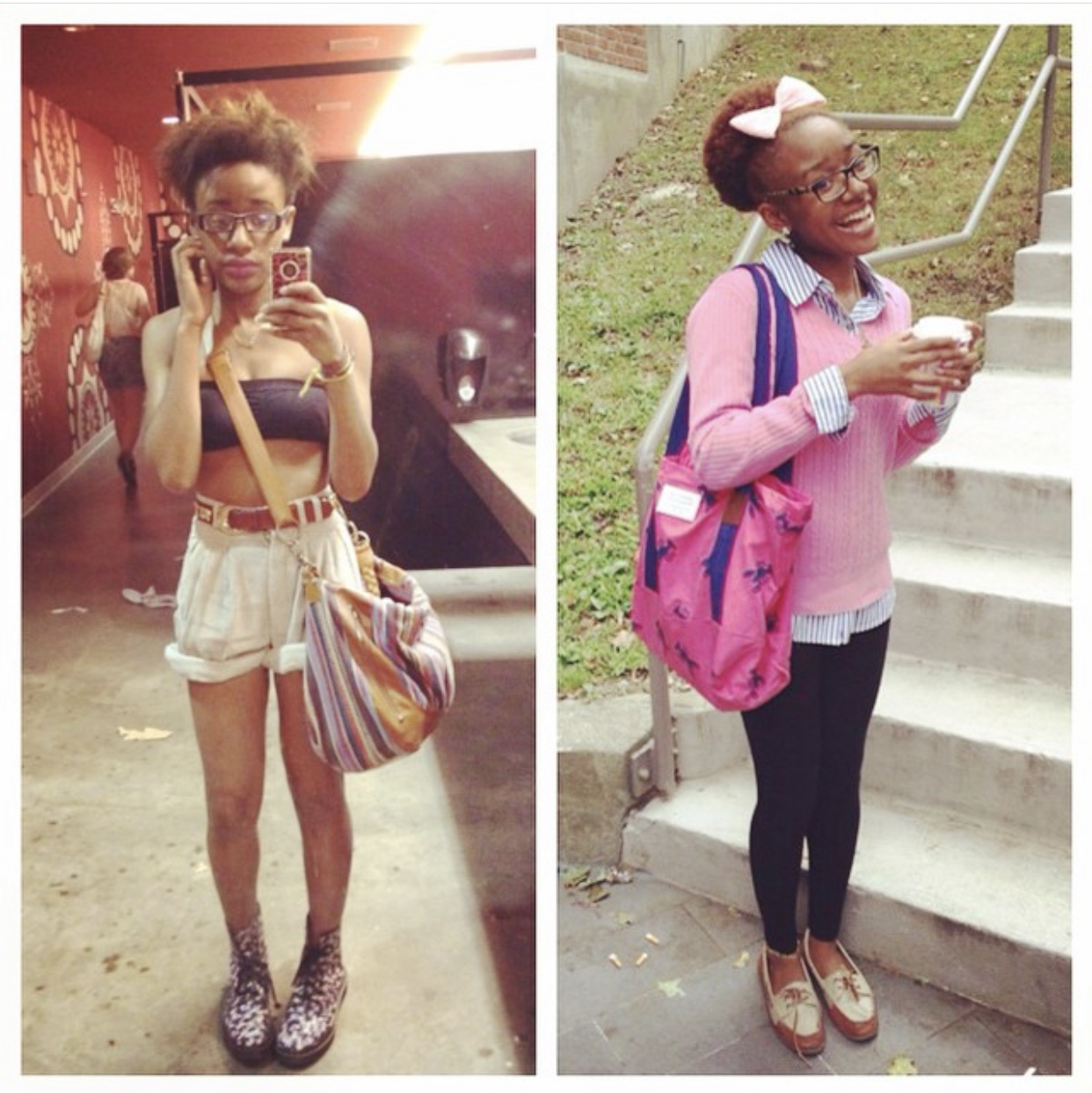 I honestly want to cry, I had such an amazing body in high school without ever trying. The picture on the left is in the bathroom at House of Blues Boston, during my first ever concert — Tyler, the Creator. I almost died. It was amazing. The picture on the right is me coming from the dining hall my sophomore year of college, on my way to class.

But anytime you try to make a change in your life, there are going to be people that try to make you feel bad for it — even for something as seemingly trivial as a change in style. They’ll mock you — sometimes with subtlety, and sometimes like they’re trying to turn you into a standup bit on a low budget Netflix special. If you’ve ever tried to cut back on drinking, or start a business, or a blog, or start working out, or be more positive, you’ve likely experienced the bewildering and stinging betrayal of a so-called “friend” tearing you down in one way or another. “Lol, okay.” “You really think you can pull that off…?” “Good luck with that I guess.”

People had a lot to say about me wearing new clothes. I wish I still had the screenshots. And it was important to me for my own peace of mind to know that even as I made this change in my style that I maintained my individuality and stayed true to my eccentric roots. Just because I started shopping at J. Crew didn’t mean that I had to look like every Cookie Cutter Karen with a passed down Barbour jacket. Not that there’s anything wrong with that if you’re reading this Karen. Honestly, I wish someone passed me down a $400 jacket.

And that’s where Lilly came in. Because while to some, it was literally the Saturday-Sunday summer uniform of every basic with sorority decals on the back of their cars, to me, it was a brand as a balancing act; bringing together elements that I didn’t know could work together. It was wild and it was conventional. It was classic and it was contemporary. It was young and it was old. It was “boring” and it was rebellious. And as someone that was obnoxious, and quiet, and a black Republican from Boston with tattoos from a hyper-religious family, walking the line between so many other diametrically opposed descriptors that just didn’t make any sense to anyone, it spoke to me. While Lilly Pulitzer the brand has a reputation tied to pretentious WASPs, Lilly Pulitzer the woman and visionary was a free spirit in every sense of the word. It was everything I didn’t know I wanted, and for a long time, it was out of reach.

Ok, again, I don’t believe in astrology, but a bouncer at a bar recently chastised me for being an obvious Aquarius, and I’m actually cringing at how “Aquarius” that last paragraph read. Anyways.

I worked all throughout college. And not some bullshit campus job where I was paid $15/hour to mostly sit around and do homework. I worked retail every single year. One summer I even worked at a convenience store. I literally came home smelling like hot dogs and taquitos. I busted my ass for hours on end, barely making above minimum wage, all while completing unpaid internships. The first time I shopped the Lilly sale, I think it was the summer between my sophomore and junior year. And I was happy to be able to buy myself two dresses.

And as silly as I’m sure it seems to most people, being able to look at my closet at 25 and see the dozens of highlighter printed items that I’ve collected over the years brings me the strangest sense of contentment. Because I worked incredibly hard to get to a place in my life where I’m not just able or comfortable blowing hundreds of dollars on neon clothes, but ~somewhat~ comfortable with myself. So here’s to the clothes that make you feel comfortable, and make you feel more like you. Because to paraphrase Miranda Priestley, a belt is never just a belt, and a dress is never just a dress.