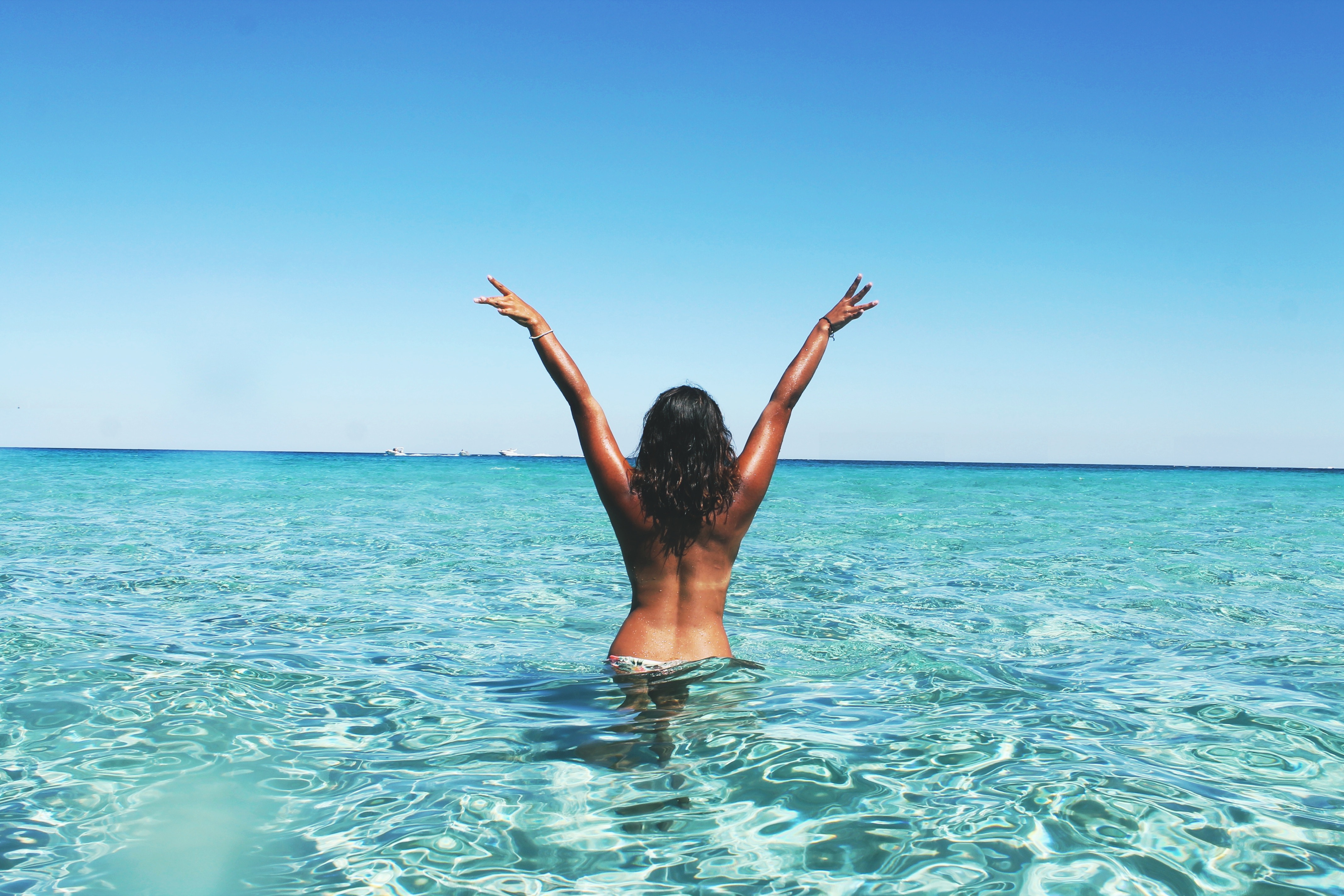 Life is rough in the age of social media. Everywhere you look there’s a 110 lb sorority girl from an SEC school with long golden hair, blindingly white teeth and a ridiculously high profile internship/job in New York or LA making you question literally everything about yourself. Just when you think you’re having a good boob day, your Instagram explore page introduces you to some KD from Ole Miss with the abs and legs you had in middle school but the ass and tits of Kylie Jenner (post Dr. Miami). And suddenly, you’re not feeling so hot.

We all see the same cliche quotes reposted about comparison being the thief of joy and learning to love what makes you ~perfectly imperfect- and for a second, maybe we actually buy it. But before we can even finish liking the picture, we’re back to square one – comparing, contrasting, and nitpicking ourselves to pieces.

There are so many different ways that we compare ourselves, but today I want to focus specifically on physical appearance. I know that this is an issue thought to be exclusive to women, but men are no strangers to this – though it may be less frequently and though they often decline to openly discuss their insecurities. I’ll never forget my freshman year of college when my ex from high school messaged me out of the blue wanting to talk. His girlfriend had cheated on him, and he was a mess. “He’s taller than me, richer than me, better looking than me…” I was so heartbroken for him.

There is no clear cut 5 step plan that will eliminate all physical insecurities. But as someone that literally drunkenly cried in the mirror when I was 18 because I felt ugly, I’ve come along way. I’m still pretty hard on myself when it comes to weight and other aspects of the way I look that I have control of, but I don’t compare myself to other women nearly as much as I used to.

Many people (and corporations) perpetuate the idea that because so much of the beauty that you perceive in others is an illusion (whether it be via photo editing, makeup, or cosmetic surgery) you shouldn’t envy them. I get where they’re coming from, but that’s a questionable premise at best. There are 7 billion people on this earth. Plenty of them are bound to be naturally better looking than you. There are plenty of women still better looking than you hungover, barefaced and sporting the XL tee and norts combo on their morning runs for coffee and adderall refills. And that’s okay.

There isn’t a finite amount of beauty in the world. God didn’t put a cap on how many people were allowed to be attractive. Yes, some  girls are bound to be prettier than you. But that doesn’t mean you’re not pretty. Another woman’s beauty doesn’t have to cancel out your own.

I know this will sound corny but you have to realize that you’re you for a reason. There is no other person that brings exactly what you do to the table, and you’re much better off trying to be the best version of yourself than a knockoff of someone else.

Working hard and giving your best towards self improvement is another way to reduce inclination towards comparison. When you’re eating right, working out, and doing what you need to do consistently, finding contentment is much simpler. When you’re stuffing your face, half assing work outs for 20 min every other week, you’re bound to feel lesser than because you know you’re capable of more. And seeing people that have what you know you’re capable of (in one way or another) will only remind you of your own incompetence.

It’s easy to get irrationally jealous around women that are prettier than you when there’s a guy you care about involved. And as men are visual creatures, they can’t help but notice beauty. But looks alone won’t get any woman anywhere past a bed. There will always be someone with longer hair than you, bigger boobs than you, a flatter stomach than you and a perkier ass than you. And after about 20 seconds after seeing her your boyfriend will probably forget she existed if he actually likes you.

Stop relying on likes for validation. If anything, use social media to build a business. Use social media to make a statement. Use social media to make money. People get a lot of likes on Instagram either because they’re really popular or they work really hard at it. So either start telling better jokes at parties or start putting more effort into your theme. But for the love of all that is good and mighty stop beating yourself up because your selfie underperformed.

Last but not least, fight the urge to belittle yourself when you encounter pretty women. Don’t default to “she’s gorgeous, I look like rotting deli meat.” She’s gorgeous. The end.