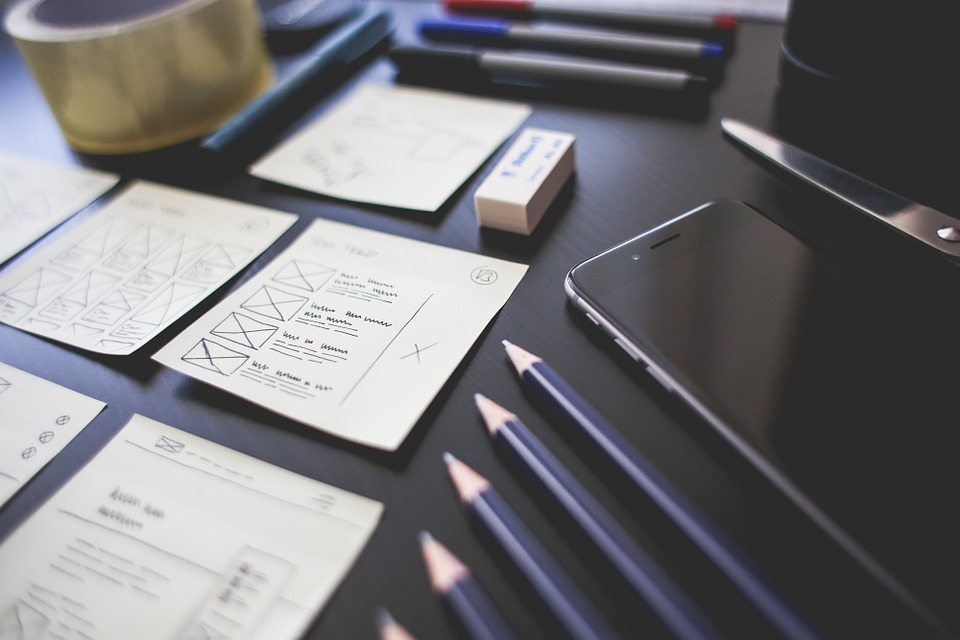 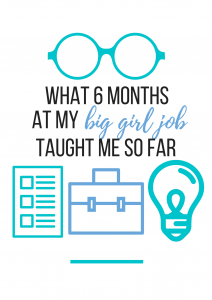 It’s been a long, stressful few months at my big girl job and between the mental breakdowns, I think I’ve learned a thing or two.

Confidence is literally everything. You can have the dumbest idea in the world, but if you can deliver it to your superiors with confidence and like you believe what you’re saying, they’ll respect your input even if they ultimately decide against it. While I can be extremely confident in my abilities, I am also one of the most self-critical, self-conscious, hyper-analytical people on the face of this planet. I’ve had to learn the hard way that if you can’t project confidence in the workplace, you’ll never reach your full potential.

You’re much more competent than you think. In a job that you actually like, surrounded by coworkers that you actually respect, it’s easy to get intimidated and second guess whether or not you’re actually cut out for it. But with a willingness to learn and the drive to succeed, there really isn’t anything you can’t do, as overwhelmed as you may be in the moment.

I’m a naturally quiet, polite person, and as ironic as it may be coming from a communications major, communication in real life has never been my strong suit. I can write a killer op-ed in 10 minutes, I can put together a knock out presentation in 5 but when it comes to communicating my wants, needs and feelings whether in my personal life or professional life, I constantly struggle. One of the biggest mistakes I’ve made is choosing not to communicate with my superiors because I felt like I was being a nuisance. People can’t be expected to understand what you’re doing, how well you’re doing, or what you’re struggling with if you don’t explicitly explain that to them, and consequently have no way of accurately assessing you.

Somewhat separate from everyday communication is learning to speak up when you have an idea. For months, I’ve kept ideas to myself because I insisted on ironing out every detail and having them presentation-perfect, and was always waiting for the right time to bring up my ideas. The truth is that in a fast paced work environment, there never will be a perfect time to bother one of your bosses about a new idea you have. They will always be stressed out, busy, and going a mile a minute mentally. Even if they brush you off when you initially bring an idea to their attention, you’re better off taking an L the first or second time you bring it up than letting weeks and months go by until another one of your coworker’s brings up the exact same idea you’ve had and gets credit for it. Speak up, or wish you did later. Leading me to my next point;

Perfectionism can be positive, but it can also be counterproductive. It doesn’t matter if you have an amazing an idea that could save the company millions if you refuse to share it until you have a 100 page, color coded binder explaining it. It doesn’t matter if you have the most sophisticated, aesthetically pleasing presentation for your board in addition to handouts for them to follow along with if it’s completed 2 weeks past a deadline. Attention to detail is important in the professional world, but it can’t be conflated with excessive, obsessive nitpicking.

You need to make sure that you are carefully documenting your hours worked and being paid for every last one of them. I love my job, and it’s so much more than a paycheck to me, but if you don’t value your time, you can’t expect anyone else to.

As amazing as my job is, routine and work/life balance are somewhat foreign concepts to us. I love the fast paced environment and the unpredictable nature of what I do, but as a result, my personal ambitions and goals have been forced to take a backseat. I love what I do, and I believe in it. But if you don’t make time in the hustle and bustle of your professional life to make your dreams come true, you’ll spend the rest of your life working for people that did.

Working hard =/= working smart. I expended so much energy in the first few months of my job, giving absolutely everything I had trying to prove myself in this new environment, and ultimately came up empty handed. I was working days that would go as long as 22 hours- and while it’s something I would do again in a heartbeat if it was worth my company’s time- I had much less to show for my efforts than fellow coworkers that would sometimes work three hour days. And that doesn’t make them slackers; that makes them smart. The difference between hard work and smart work is one that can’t be learned soon enough.

Have balls. In everything you do and say, have balls.