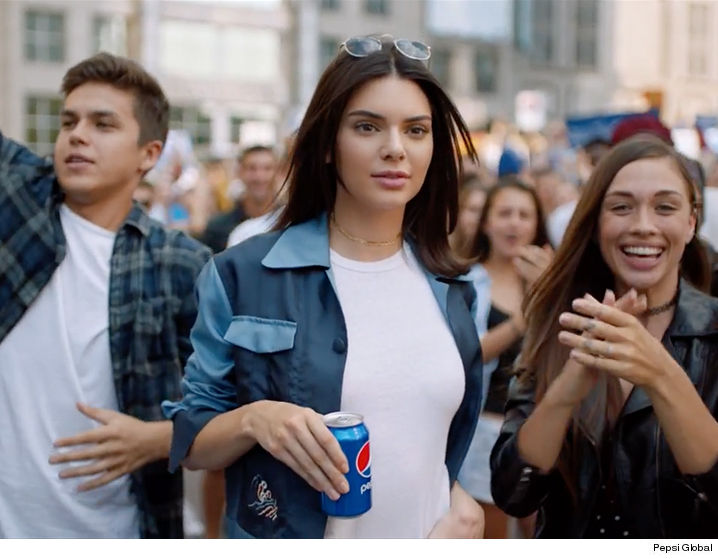 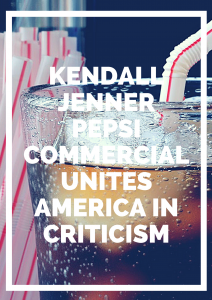 Confirming once and for all that Coke is king, Pepsi recently revealed an ad that is drawing criticism from all corners of the internet.

In the shortened version that went viral last night, Kylie Jenner at a shoot of some sort pouts fiercely towards a marching crowd of protesters. A musical Polynesian hipster nods at her, and it’s all the encouragement she needs to abandon her shoot, rip off her wig and join the riff raff. No longer a glamazon, but a common billionaire with a cause.

She smiles and joins the plebes, closing the advertisement by handing a Pepsi to a cop, ending police brutality, permanently healing race relations in America and achieving world peace once and for all.

A lot of people are offended for a lot of different reasons. The habitual chanters and professional sign makers don’t like the fact that Pepsi is commercializing their cause, because apparently that’s only okay when Deray or Shaun King do it. But God forbid the corporations.

I have to admit that the idea of out-of-touch celebrity cause co-opts causing this much backlash is ironic to me since it’s done and rabidly applauded by the masses on a regular basis. People just love to hate the Kardashians a little more than they love their pseudo-movements though.

Personally, I don’t care enough about protests, Kylie Jenner or carbonated beverages to take any of this to heart. But I think it’s time for brands to learn once and for all that it’s okay for a soda to just be a soda, a pair of jeans to just be a pair of jeans, and a duck to just be a duck. Our media has become so painfully saturated with the political that the average consumer probably wants to buy in peace without having to think about what agenda they may or may not be implicitly supporting much more than they want to watch another cringeworthy attempt at a company getting virtue signaling brownie points from the public.

Corporate America, we’re tired. Some of us from holding signs every weekend and some of us from winning, but all of us are tired. Let us buy mattresses and Cheetos in peace, and keep your bias out of the boardroom.