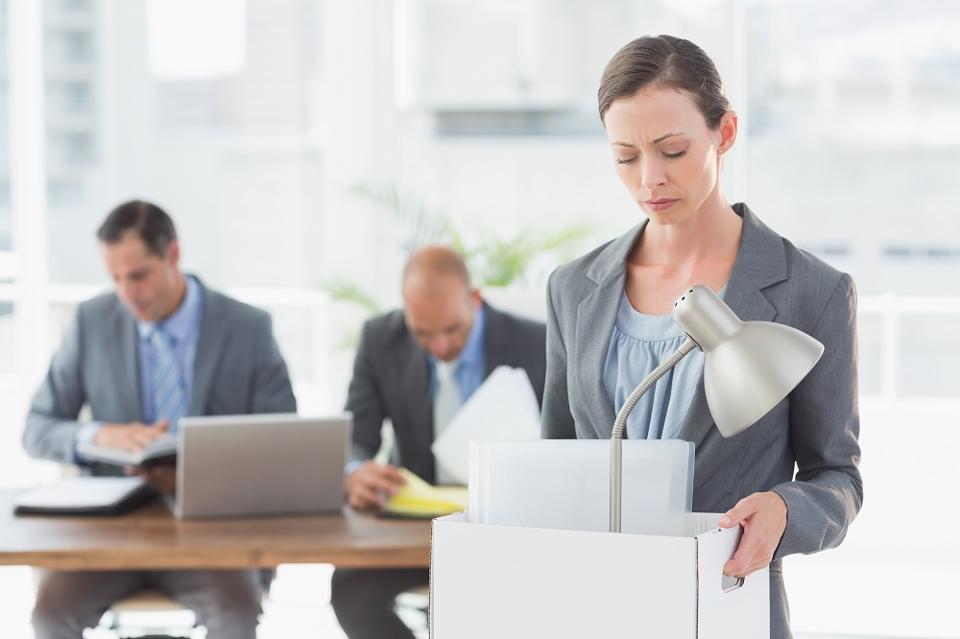 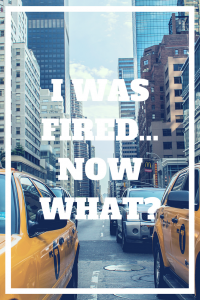 I was fired. And as you may have guessed, it blows fucking chunks.

There was a series of events that led up to my termination and as easy as it would be to make excuses for myself or point the finger at others, it’s ultimately unproductive. I work hard and I’m an honest person, but I’ve had poor judgment on more than one occasion and that’s why I’m in the position I’m in.

Full disclosure; this happened a little over a week ago, and at the time I was devastated. I kept it together for the most part in the office but the second I had to mutter the words “I got fired” to my mother, I lost it. I sobbed uncontrollably on and off for what seemed like an eternity – and not that cute crying either, that ugly hyperventilation crying – which is saying a lot since I’m usually a decent looking cryer.

It’s hard for me to share things like this because no one likes broadcasting their low points, and it’s made 1000x more difficult when I know just how many people rooting against me, thriving on my failure. But everyone goes through rough patches that they think they’ll never see the end of, and what people need to know, more so than how much fun I had at Ultra or what I think about Trump’s most recent tweet, is that they can not only endure but overcome whatever they’re going through. A lot of movies feature a “montage moment.” The main character’s life is a mess, and they realize they have to do make some changes. And in a montage, they’re shown doing exactly that. They’re making better decisions, forming better habits, and end up better off than when they hit their slump. This is my montage moment.

I had an amazing job with incredible coworkers, and was getting ready to move into a beautiful apartment by the water with two great friends. I was so excited to start this new chapter of my life and get away from so many of the awful memories and people I was leaving behind in Boston, and just as my life was coming together more perfectly than I could have ever imagined it, everything came crashing down.

I’m going to miss my job. I’m going to miss the impassioned speeches from my boss, the friends that I’ve come to know as family, the ridiculous cross country escapades and above all, the feeling of making a tangible difference in a cruel, corrupt and apathetic world.

What hurts the most about being fired isn’t the fact that you no longer have a job or saying goodbye to people you’ve grown to care so much about, but knowing that you disappointed your employer to the extent that they no longer saw you as an asset or a worthwhile investment.

As someone that very much so finds happiness and a sense of self worth in professional and monetary success, I found it hard to look in the mirror last week. But this too shall pass, and I’m already opening so many new doors.

The fact of the matter is that as much as I love where I worked and the people I worked with, and as upset as I was, this was probably for the best. It sounds painfully cliche, but in a sense I’m glad that it happened. It was a wake up call that I desperately needed, and it’s presented me with an opportunity to pursue the many passions that I had been neglecting before. I have so many interests and ambitions that I didn’t have time to chase, and every day I felt them slipping further and further away from me.

I’ll miss my friends. I’ll miss my job. But I’m ready to take more risks and invest in my own ideas, and as much as I hate the uncertainty and instability in my life right now, I’m excited for what the future holds.

No matter what you’re going through, or how helpless you feel there’s an opportunity for growth in every obstacle. And as confused and distraught as you may be you owe it to yourself to learn from your mistakes.