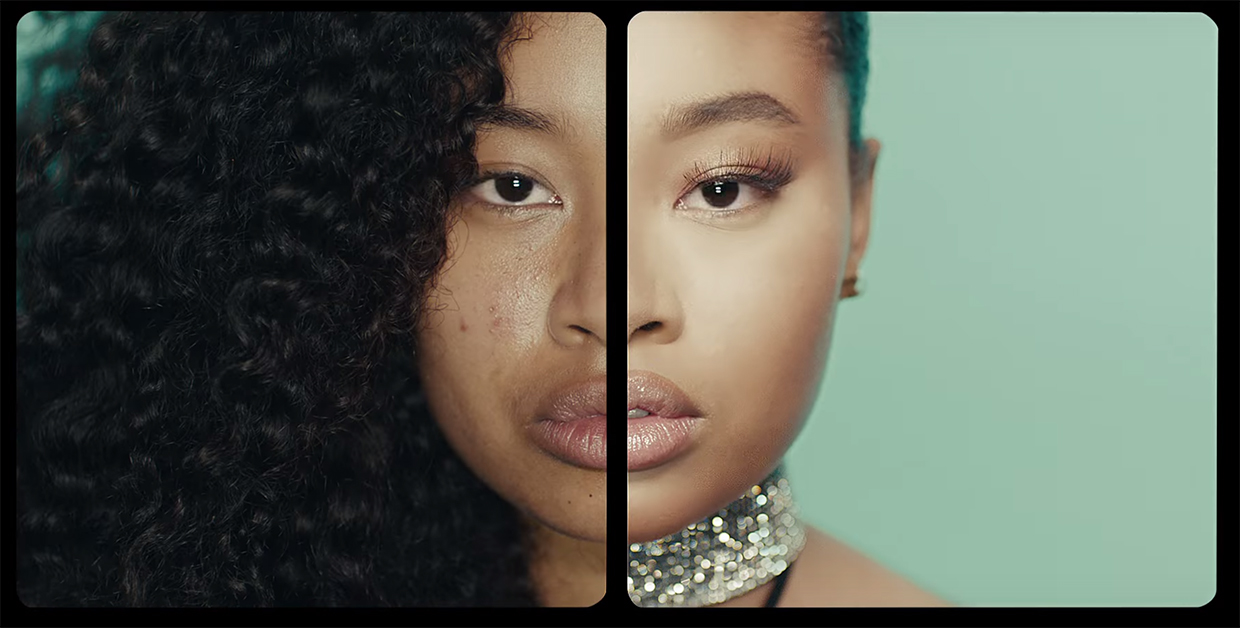 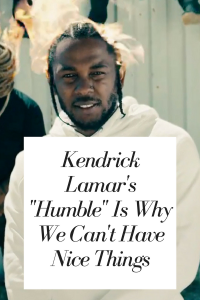 I’ll be honest; I’m not the biggest fan of “conscious” rap, because when I listen to rap it’s usually because I’m getting ready to obliterate my liver or make a pathetic attempt at rectifying my bod at the gym. None of that really bodes well with lyrics about systematic oppression over subdued beats. But even though I was much more impressed by the video than the beat or lyrics of Humble, it’s a catchy track; I like it. There are 10 seconds of the song, however, that have sparked a heated debate on the world wide web.

People are mad – livid – at Kendrick for these three lines. They’re also up in arms about his choice of model for this segment of the video, as she’s a light skinned woman with loosely coiled hair. And you might think I’m lying or hyperbolizing, but I brought receipts. If you know me, you probably already know where I stand on the issue. Women of all races are entitled to do with their bodies as they see fit on their own dimes. If another woman wants to spend hundreds of thousands of dollars in surgeries, touch-ups and upkeep, risking her life to look like some college drop out with 500k Instagram followers, be my guest. But for as much as feminists shriek about being strong, empowered and independent, it’s about time they start acting like it. While I can dismiss this “woe is me, beauty standards made me do it” spiel when coming from young girls because their age is still a valid excuse for stupidity, if you’re paying rent, car notes and student loans, getting emails about 5 year reunions and alumni donations and still trying to play a violin for yourself at your own pity party, it’s time for a long pause.

When I was in high school, I was like these people. I was always pointing the finger at someone else because of my own insecurities, and blaming eurocentric beauty standards for every last one of them. I felt like my nose was too big, my skin was too dark, my hair wasn’t long enough and my eyes weren’t pretty enough. I didn’t look like any of the girls in music videos, and blamed pop culture for my low self esteem. But women need to stop asking to be validated by the media and start asking themselves why they look to shows about vampires and songs about butts for validation.

Media is driven by profit. People want to make money. No one in a boardroom is thinking about how an ad will impact your self esteem, nor should they. It’s their job to make lucrative decisions, not babysit the egos of millions of women that will call white men privileged while they’re writing op-eds about how a music video is oppressing them as millions of people starve to death and are sold into sex slavery.

No one has to like your photoshop, your weave, your plastic surgery or your makeup, and no one has to pretend to. For people that brandish themselves as “carefree” and “unbothered” I can’t help but notice how much effort has gone into not only dissecting and analyzing 10 seconds of a Kendrick song, but defending behavior that is more often than not self destructive.

But the good news is that there were plenty of other sane people on Twitter that said what I was thinking more perfectly than I could have ever said it myself.