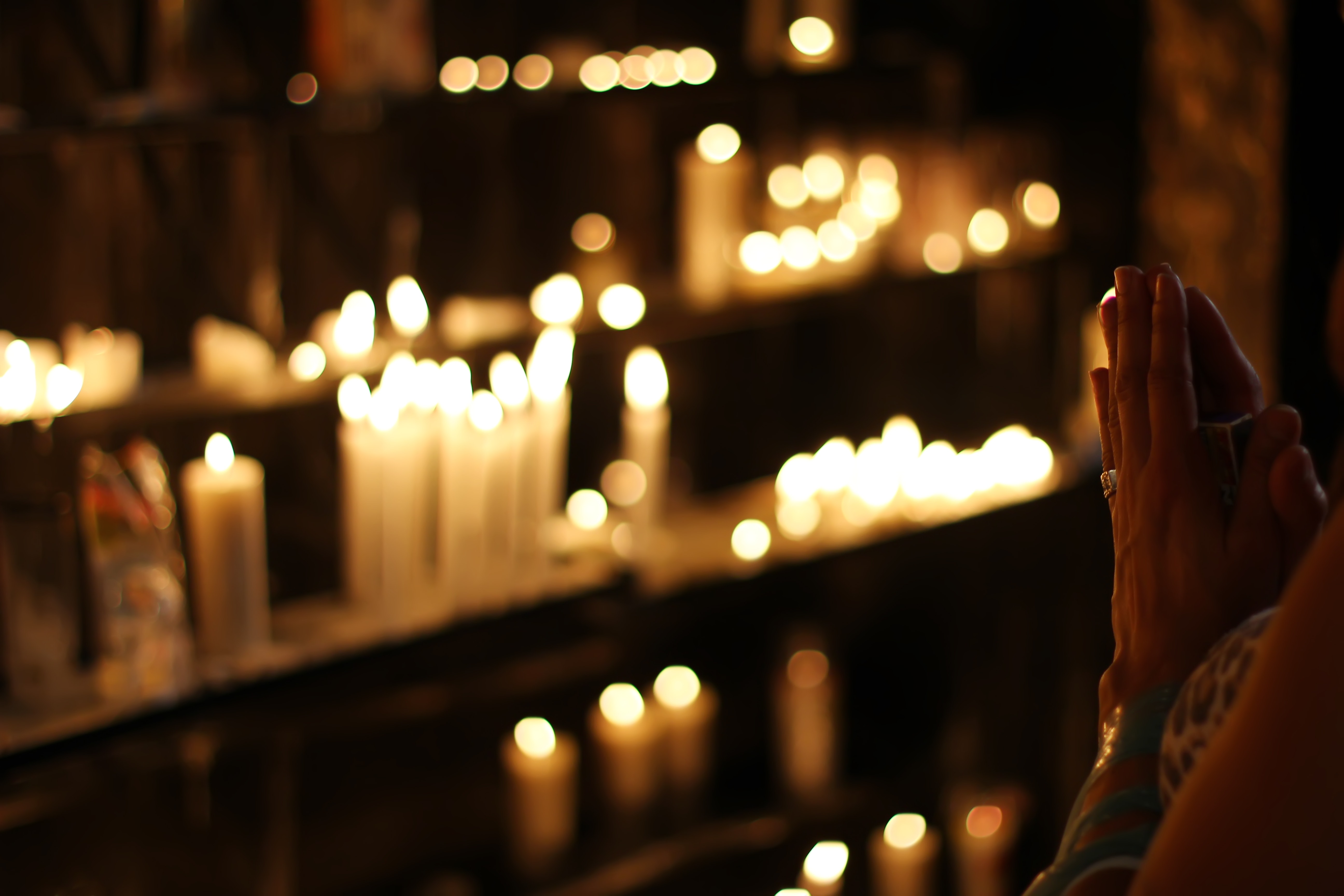 I think at a few points in our lives, we find ourselves at a few different rock bottoms, and in one way or another often resort to Hail Mary’s, or put all of our eggs in one basket with fingers crossed that everything will somehow be okay again. If you’re Greek, it’s like a windex; if you’re Hispanic, it’s like Vick’s vapor rub — but for our problems. Somehow, some way, you just know it’s going to be the solution you’re looking for.

We all know a girl that drastically changed her hair after a traumatic life event and made a dramatic Instagram post about turning over a new leaf. And we all know someone that got pregnant because they thought it would fix a broken relationship.

For me, I guess my defining Hail Mary moment was moving across the country and starting a new job. And miraculously, it worked. I have bad days just like everyone, but every aspect of my life drastically improved since then. A year ago today I was like a different person. I shutter just thinking about it.

But for most people, the Hail Mary doesn’t work. The cropped bob doesn’t miraculously turn you into a new person with a healed heart and the baby doesn’t magically bring two people that have been growing apart for years together.

To this day, I still wonder what I would have done if I risked everything on a leap of faith, and nothing changed.

If I packed up my life into a uhaul and moved into a crappy apartment with 3 girls that made my life a living hell to start a job I hated with a mean, incompetent boss, what would I have done?

And if I’m being completely honest, I still don’t know. Its a terrifying thought, and after six months so far below the threshold of what I once called rock bottom I’m not optimistic about where I would’ve been had things turned out differently.

But after thinking a little harder, I realized that major aspirations and goals of mine had failed — and that they were never as life or death as I made them out to be.

When I didn’t get into the FIT or LIM my senior year of high school, I sobbed. Like, sobbed. My face was hot. That disgusting liquidy snot that only surfaces when you’re sick or sad was pouring out of my nose. I felt completely hopeless. What was I going to do? Where the fuck did I go from there? For the past two years, I’d imagined my life at a prestigious fashion school in New York, and within the course of a few weeks, the person I thought I would be and the life I thought I would live were ripped from me.

I ended up going to a small school right outside of Boston where I studied fashion communications for the first year and a half of my undergraduate career. But as much as I loved fashion, I slowly came to the realization that the industry wasn’t for me. I loved clothes and creativity and the spectacle of it all but the more I got into it, the more I felt it was exploitative and superficial — and I’m sure that could be said for almost any line of work to some extent. It could surely be said for politics. But the longer I sat in my fashion classes, I wondered whether or not I would feel empty if I stayed on that path. So finally I changed it.

The second semester of freshman year I took a “Conspiracy in American Politics” class on a whim that weirdly enough ended up shaping my college career. I got a congressional internship the next semester and senior year I was interning for Ted Cruz for President. I won’t lie. I have my doubts about working in politics, and often find myself discouraged by our current climate. But I’m good at what I do, and I’m passionate about it. And if my life had played out the way I expected it to, I’d probably be doing something I didn’t believe in for an employer I didn’t care about, and who’s only contributions to the world were sales and fabric.

What I thought was the end of my world was really the beginning of a journey that I had no idea I was supposed to be on, but ended up defining me.

A lot of us have the tendency to become upset when we feel like our loved ones don’t empathize with us or take our problems as seriously as we do, but sometimes what we see as their indifference or trivialization is the clarity we need to put everything into perspective.

We can very rarely see our problems or pain for what they are in the middle of them. And no matter who you are or what you’re going through, your failed Hail Mary isn’t the devastating defeat you think it is. It isn’t the end of the world — and it isn’t the end of your life.

Patience is a nearly impossible virtue when you’ve gone through something that wore you down past a point of recognition, and I get that more than anyone. But if you stick around long enough to see what life has in store, you’ll often find that where you end up is lightyears ahead of where you thought you should be.

What Matters More Than Your Follower Count »