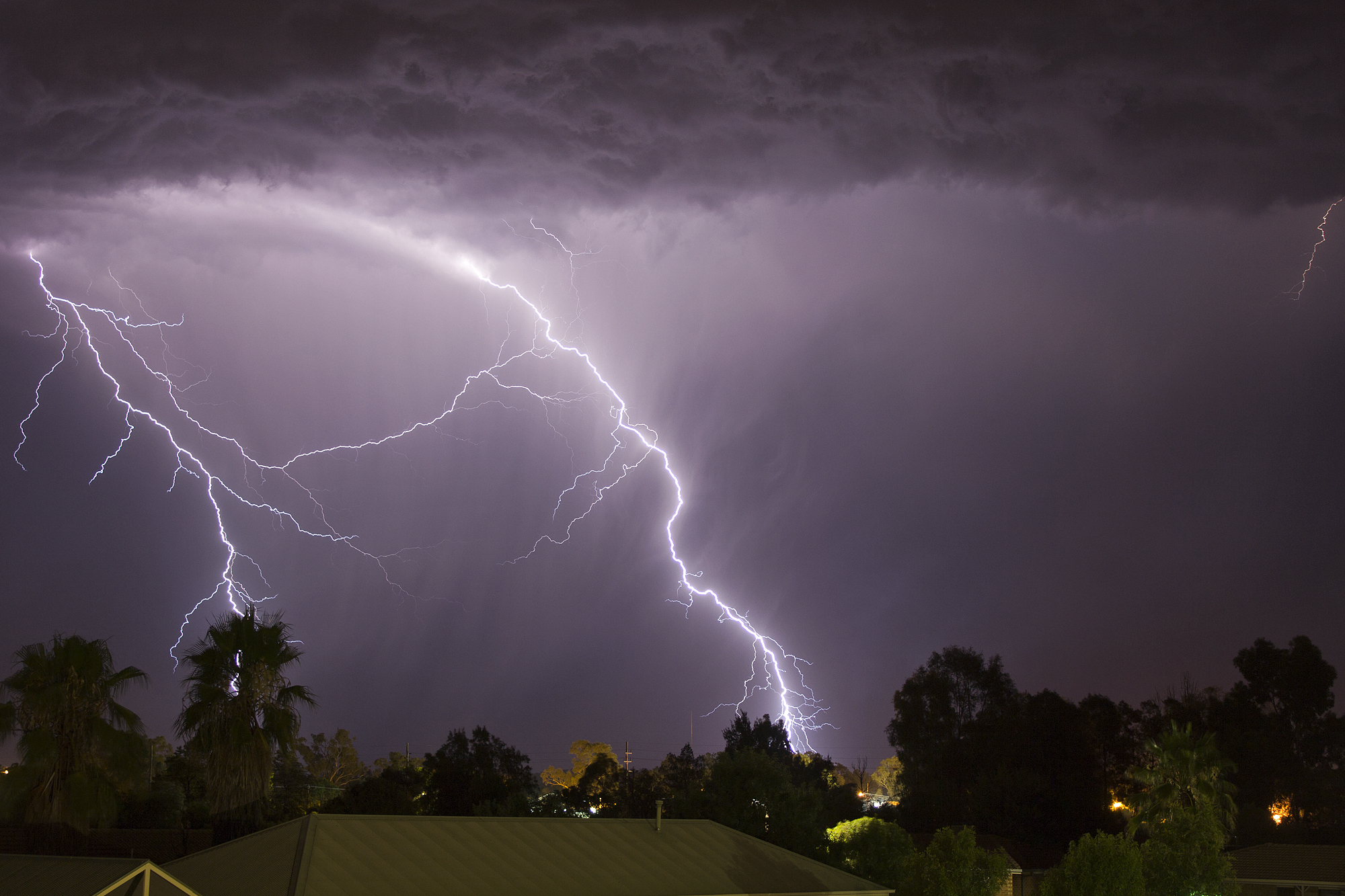 After the loosened social standards concerning booze and outdoor brunch, thunderstorms are easily my favorite thing about summer, and what I’ll miss most about the sunniest season. I can’t explain why, but they absolutely amaze me and always seem to put things in perspective, kind of like a good sunset, but in a much more intense way. Not to sound like a hippie with their third eye open and a bong in their mouth, but I never feel more connected to the world around me than in the middle of a thunderstorm. It’s quite trippy if I do say so myself.

There’s one thunderstorm from this summer that sticks out in particular. As soon as I heard the first booms, I began jumping up and down and ran to my window, because that’s how obsessed I am with these things. The rain was torrential. It was coming down like a monsoon in my own backyard with the wind whipping violently, and I thought about how much it would suck to be outside. Like, what if I had been walking home from the train station in the middle of that. I would be in such a miserable mood, and asking “why me?” the entire time. The 20 minutes would feel like an eternity.

The thunder grew louder and more powerful. It moved from that kind of hum-drum consistent rumble to the soul-shaking cannon-fire that pierces you at your core. It was exhilarating. 4.5/5 stars, easily (I’d give it 5 but there wasn’t enough lightning). It continued, and all of a sudden the rain lost its ferocity and the thunder gradually grew more faint. And as fast as it had come, it was gone.

As much as I enjoyed watching the storm, it was from the comfort and refuge of my room. I thought more about what a sour mood it would have put me in had I been caught in the middle of it. And I thought more about perspective, and how in the middle of a rough patch or an obstacle, we rarely, if ever think big picture. We always dwell on the tragedy, heartbreak and disappointment of the moment. But realistically, it’s never that serious and whatever the trial is doesn’t last for very long in the grand scheme of things.

When people don’t understand and empathize with our pain or problems, we tend to get annoyed and defensive. When you’re being drenched in cold rain and your umbrella has been destroyed by the wind and you’re on the verge of being electrocuted, the last thing you want to hear is that it was “only 20 minutes,” from someone that’s been sitting in their warm, dry home all day. But maybe instead of huffing and puffing and putting up a passive aggressive quote on Instagram about “toxic” people and cutting negativity out of your life, we should take a step back. It’s very difficult to see your own problems through a clear lense. Sometimes what you need more than anything is the objectivity of someone removed from your situation to be reminded that it honestly isn’t that deep and like anything else, that this too shall pass.

« Never Trump, I’m Literally Begging You To Get Over Yourselves