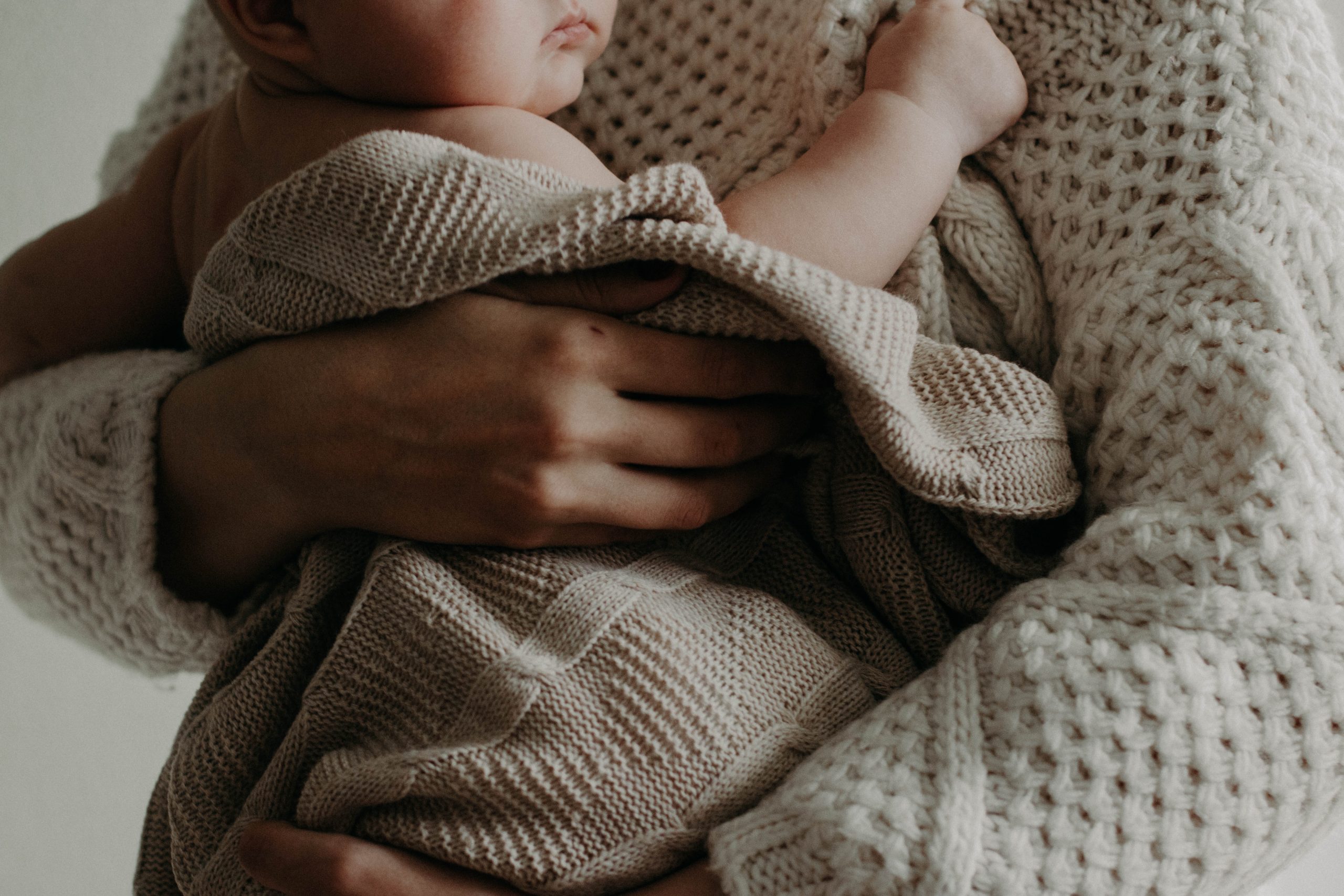 I think motherhood is an amazing thing, but it’s not really interesting until you’re a mother yourself or trying to become one. Like, babies are cute, but I think I follow one “mom” account that isn’t someone I know in real life or primarily follow for politics, because the details of cleaning and teething and diaper changing and sleep schedules just aren’t interesting to me. The one mom account I do follow had a video of her daughter complaining about lockdowns go viral, and not only could I relate, but I loved the mom’s aesthetic and learned that she was an adoptive mother of SIX CHILDREN via foster care and I was moved by her story. But in general, I could care less about the goings on of the momosphere.

So when my coworker started talking about mommy blog drama, I wasn’t particularly intrigued. But when I learned that mommy bloggers were trying to cancel a woman with over a million followers because some psycho stalked her FEC contributions, the situation got my attention.

If you’re like me and completely oblivious to the world of mom bloggers, Taking Cara Babies is a neonatal nurse who is like…a big deal. Mothers turn to her en masse for guidance on getting their children on sleep schedules. She’s extremely successful, and to my knowledge had a pristine reputation up until her donations to the Trump campaign became public knowledge.

First, can we be honest with ourselves? Influencers can be vicious fucking people. After a certain level — when it goes from a hobby to literal livelihood — people can get really competitive, and think of ~influence~ as a zero sum game. They pretend to be motivated by altruism or their so-called convictions, when in reality, they’re just motivated by jealousy, greed and their own self interests. So they look for ways to sabotage other high profile personalities hoping to move up in the ranks and steal their followers if they can successfully “cancel” them.

Like, should it come as a surprise to anyone that this started when some other parenting blogger with less than a tenth of her following started circulating screenshots? 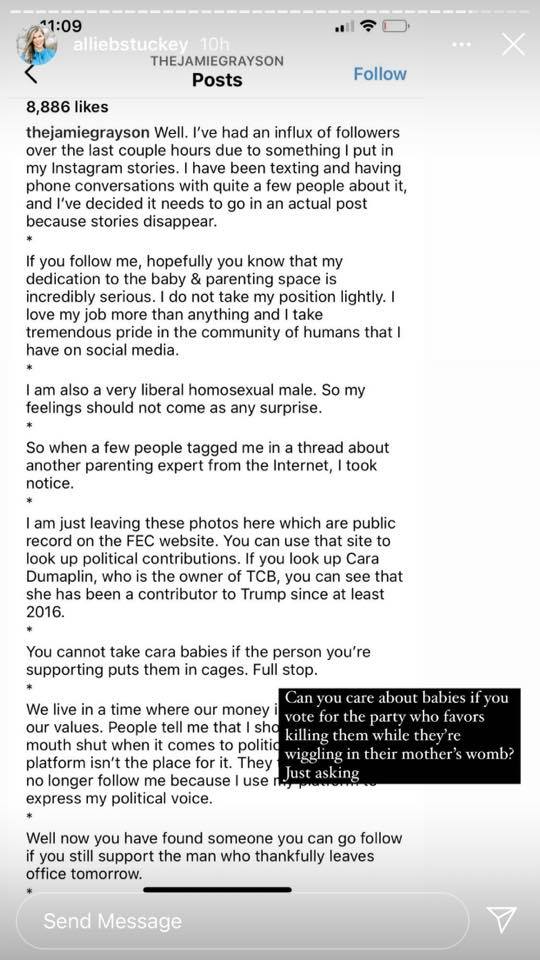 “WELP, I’VE HAD AN INFLUX OF FOLLOWERS THE LAST FEW DAYS”

What really stood out to me, though, was the way bloggers would sing her high praises, and talk about how kind she had been to them…before discarding her like an old pizza box, all because of who she voted for. These are from conservative commentator Allie Stuckey’s instagram stories. 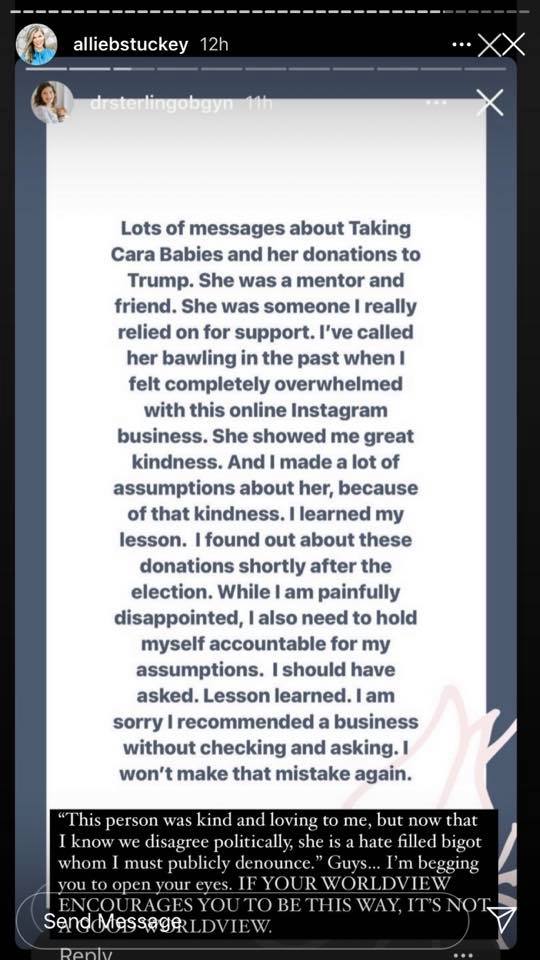 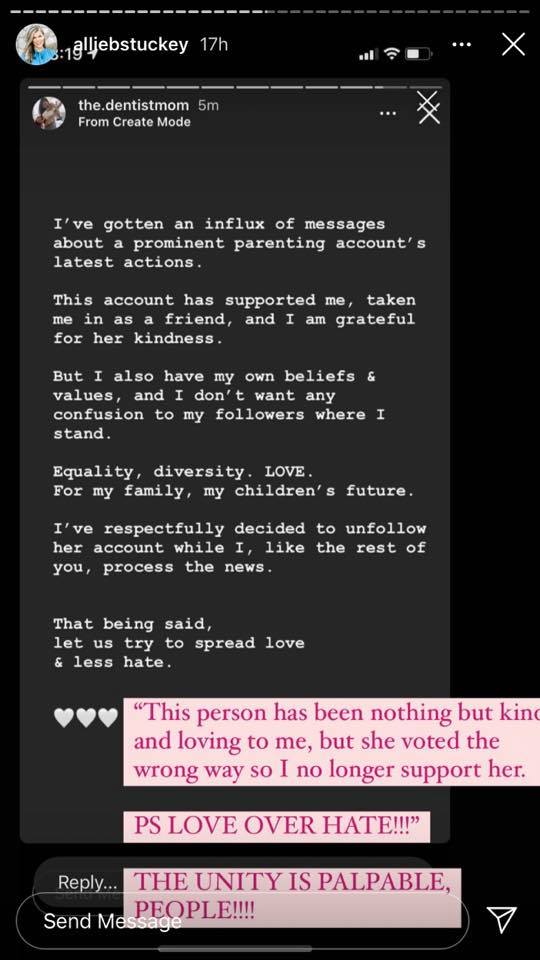 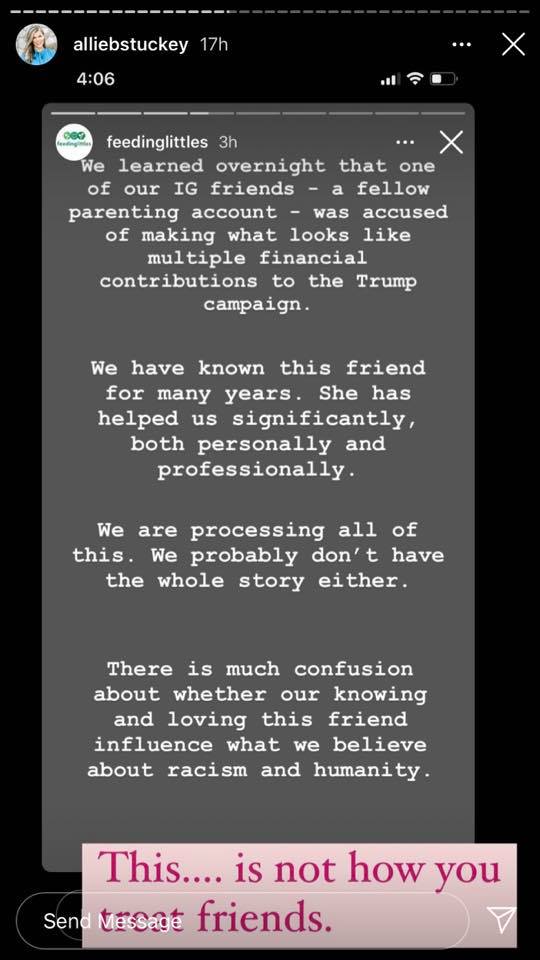 People that turn their back on friends and family over political differences are as dangerous as they are weak. They use empty platitudes to justify their blind ideological allegiance. The clout chasing clown that stirred this pot to begin with said “you can’t take cara babies if the person you’re supporting puts them in cages.” Of course, their Instagram is filled with Biden Harris signs, because liberals like him don’t actually give a shit about kiDs iN cAgEs or who built them.

And of course, he limited comments on his post because these people can’t take a fraction of what they dish.

I didn’t support Trump because I hate anyone, I supported him because I love America. I won’t apologize for it, and I won’t ask for forgiveness. I refuse to be ruled by adult children that have deluded themselves into believing everyone that disagrees with them is a bigot. I pray for a day when people realize just how far off the deep end they allowed themselves to go, but I don’t know if we’ll ever see it.

For the record, if the only proof you have that someone is a bad person is their voting or contribution record, they’re not bad, you’re just brainwashed. If your beliefs require you to alienate people that have been nothing but good to you, you don’t need new friends, you need new politics.