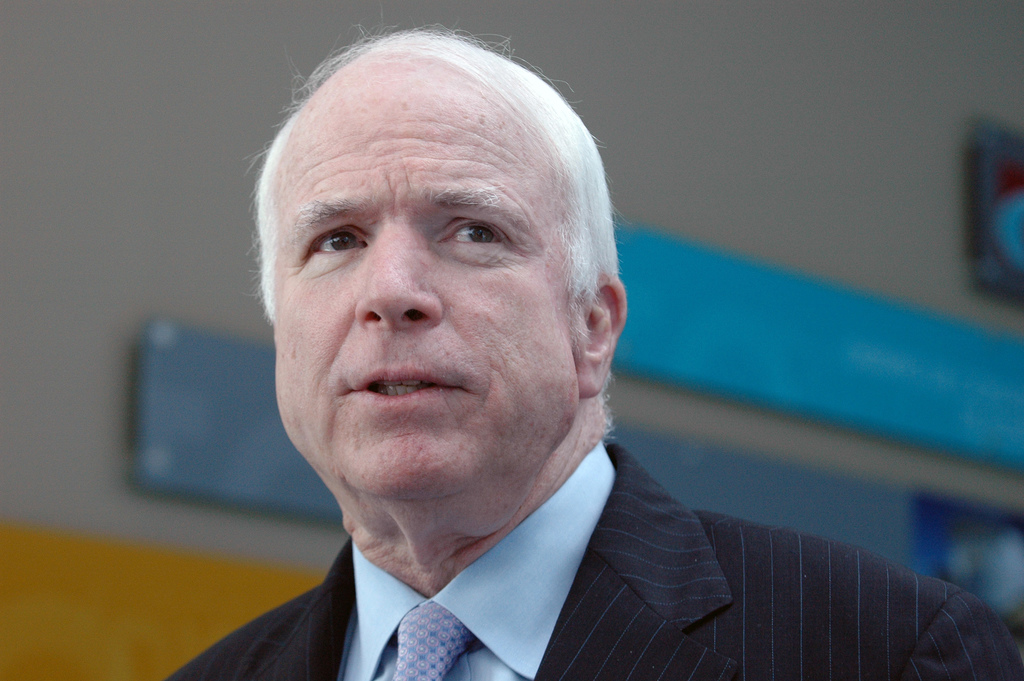 In the wee hours of the morning, McCain stunned his colleagues, his president, the media and millions of Americans nationwide by voting no on the skinny repeal of Obamacare. Some people are lauding McCain as the noble GOP senator brave enough to cross party lines to do what’s right. Maybe I’m a cynical partisan hack, but I beg to differ. No matter where you stand on Obamacare or socialized medicine, there are facts that supersede ideological alignment.

What could have possibly been so fundamentally wrong about the Skinny Repeal. What clause could have been so detrimental that it provoked a change of heart in McCain? I know that my views have changed dramatically in the last 5 years, but I haven’t been in the senate since we declared independence either. I struggle believing that someone as seasoned as McCain voted the way he did for honest reasons.

"Have you decided how you'll vote?" press corps.

"Wait for the show."

This was political theatre to him. And I may be a messy bitch that lives for drama, but I mean Scaramucci chewing out Priebus and Bannon, not McCain pulling “gotcha” stunts on the issues that voters care most about.

Maybe the reason McCain survived that snake bite is because he’s a snake too. He betrayed his constituents, he betrayed the President and he betrayed his word. Last night, McCain reminded every right-winger worth the blazers on their backs exactly why the GOP is just as great a threat to freedom as the democrats. As long as career politicians are calling the shots all we’ll have are virtue signaling standoffs and public relations politics with nothing ever being accomplished. McCain and the fossils like him don’t work for us. They work for themselves and themselves only.

If you’re still confused about how we got Trump in July of 2017, I suggest you look no further than what happened last night. For years the same tired, washed up politicians have offered nothing but song and dance. As Trump so eloquently put it; all talk, no action. And worse than their inaction is their constant, unapologetic betrayal. They look voters in the eye every day and make promises they have no intention of keeping. And that’s why millions of Americans were willing to throw caution to the wind and risk it all on Trump.

I wish senator McCain the best of luck with his battle against cancer because I’m a good person no matter how terrible of a politician he is. But I won’t pretend for a second that the American people can afford to turn a blind eye to the establishment, or that he is doing more good than harm as a senator. We need term limits, and we need them yesterday.

Rock Bottom Is The Most Freedom You’ll Probably Ever Have »