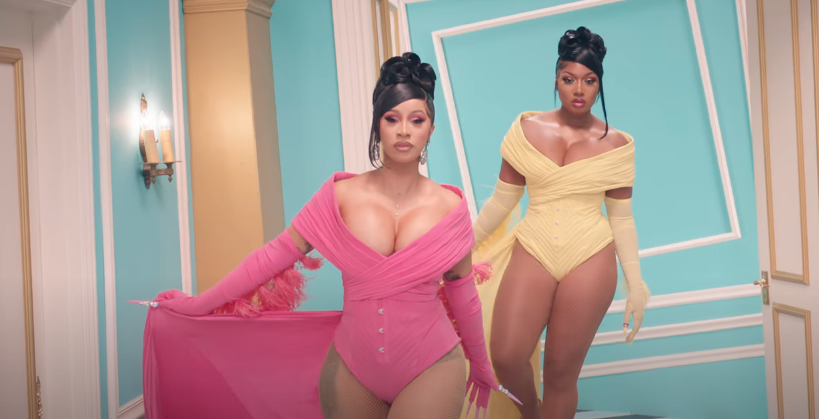 I saw the clip of Ben Shapiro reading the lyrics to WAP going around yesterday, but as someone with a crippling need for the full picture, that wasn’t enough. I got on Spotify in search of his full commentary on the new hit song, and almost immediately regretted it. It was the podcast equivalent of a car crash you can’t stop looking at.

If you have no idea what I’m talking about, Megan Thee Stallion and Cardi B released a new song last week that’s been trending for days now between the raunchy lyrics and over the top music video. As with almost anything on the internet these days, people are trying to make it deeper than it is and annoying me to no end.

The Democrats support Cardi B (Bernie Sanders spokesman) telling our daughters to be freaks & whores (WAP) because they know promiscuous wreckless sex leads to unwanted pregnancy, which leads to aborted babies, which leads to organ harvesting, and less black ppl in America 🇺🇸

Cardi B & Megan Thee Stallion are what happens when children are raised without God and without a strong father figure. Their new "song" The #WAP (which i heard accidentally) made me want to pour holy water in my ears and I feel sorry for future girls if this is their role model!

Maybe I’m late to the rap game but #WAP is the kind of song I’m glad my daughter couldn’t hear when she was growing up.
The men who run the music industry are playing a cruel hoax on God-fearing parents by poisoning their children with songs meant to groom and desensitize them.

Cardi B & Megan Thee Stallion just set the entire female gender back by 100 years with their disgusting & vile “WAP” song.

And per usual, I’m longing for a field to scream into.

I’m not trying to discount Meg or Cardi’s work, but the thinkpieces and tweet threads about WAP and what it means for women and how “important” and “powerful” it is feel incredibly forced and infantilizing.

A woman can make music about enjoying sex without some faux feminist justification or examination. Getting laid doesn’t have to be a defiant act of courage, and it usually isn’t. Better yet, it shouldn’t be. I’d argue that when feminists try to philosophize women’s sexuality they only further stigmatize it, because they enforce the idea that an underlying intellectual angle must validate it.

Sometimes women have sex and make graphic songs about it. This is nothing new.

I’m almost more disappointed in my own side, because I expect them to be better. I expect them to recognize how hypocritical it is to pearl clutch over a raunchy song by artists they don’t listen to vs how they brush aside Trump’s vulgar style and salacious past.

Shouldn’t the standards for the leader of the free world be higher than two rappers?

I expect the right to be able to disapprove of a song without trying to turn it into an allegory for their political agenda.

I can’t tell you how many times I’ve seen the left dissect and vilify obscure moments in pop culture, and how exhausting it’s gotten.

They can make anything and everything racist, or misogynistic, or homophobic, or transphobic, or classist, or ableist, or patriarchal.

And more and more often I’m seeing people on my side take everything to the other extreme.

In the past few years I’ve noticed social conservatism gaining traction, and almost becoming trendy. I know there are people that have always been social conservatives, but the discourse around it — especially online — has changed drastically in recent years. I’m no stalwart, hardline social conservative, but I don’t think it’s necessarily a bad thing.

I want to hear from people and understand their perspectives even if I don’t agree with them or don’t share their priorities. And in a world where it seems like new genders are released like sneakers and sex work is being promoted as a primary career option to kids so young they actually remember what PEMDAS stands for, I think it’s important that social conservatives have a voice.

But I’m particularly intrigued by this revived puritanical attitude because while I can only speak for myself, I feel like the obsessive emphasis on modesty in my church only drove me away from it.

Don’t get me wrong. I know the Bible tells women to be modest. I’m not challenging that idea. But I’m talking about the amount of times I was approached between the ages of 11 and 18 by old women about whatever dress I was wearing on a given Sunday (picked out by my mother), or my leggings or ripped jeans coming from school for Wednesday Bible class.

And just so there’s no confusion because I’ve talked about my inclination towards form fitting, revealing clothes I was never dumb enough to try to wear those to church. And I wasn’t one of those girls with a “grown up” body that couldn’t wear anything without looking “mature.” I was shaped like a bean pole; I didn’t have a fraction of an ass until I gained weight in college.

I think part of what drove me away from the concept of modesty was the militant enforcement of it. And I think social conservatives need to choose how they promote their message wisely. I can’t help but think promoting the benefits of their lifestyle will be infinitely more attractive to blossoming young women than a constant focus on what’s wrong with everyone else.

And to be honest, if a song can influence someone to have depraved, promiscuous, unprotected sex that easily, I feel like they aren’t mature enough to be having sex in the first place. You should be able to appreciate music for its hyperbolic expressive nature without molding your personality to every song you’ve saved on Spotify. I didn’t become a homosexual after listening to Todrick Hall, I didn’t hunt and maim every man that’s ever wronged me after listening to Reba, and I won’t be a whore after listening to Cardi B and Megan Thee Stallion.

There’s no denying that popular music influences and is influenced by culture. I’m not saying that pop culture is above examination or critique from either the left or right. But as much as social conservatives like to talk about the importance of family, and how the state doesn’t own anyone’s kids, they should remember that celebrities don’t own their kids either, and they have no real responsibility to them. ESPECIALLY Meg and Cardi. They didn’t start their careers on Wizards of Waverly Place, they started them shaking ass.

A parent can’t protect their kids from everything, but it’s up to a parent to instill their values in their children, so that when they come across phenomenons like WAP, they stick to their principles and know right from wrong.

The left and right are both wrong about WAP.

I can only speak for myself, but as a woman I don’t feel empowered by WAP or degraded by it. The way another woman expresses her sexuality doesn’t define me, and my sexuality doesn’t need to be repressed or flaunted to make me whole.

3 Years Ago I Was Jobless & Suicidal »